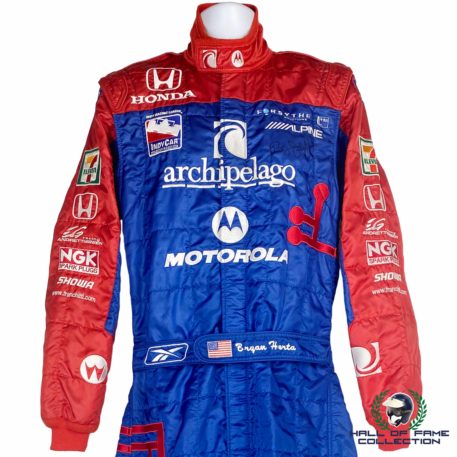 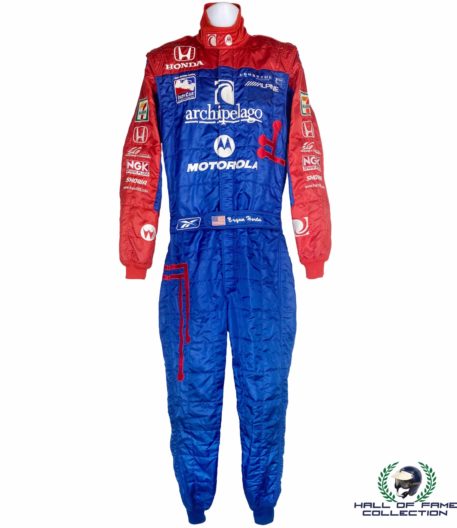 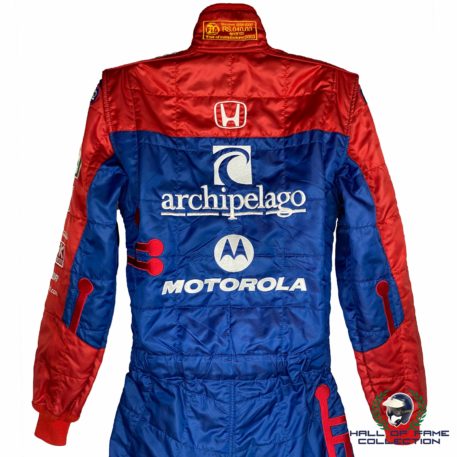 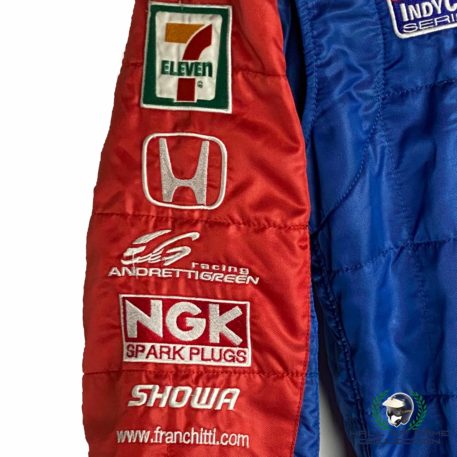 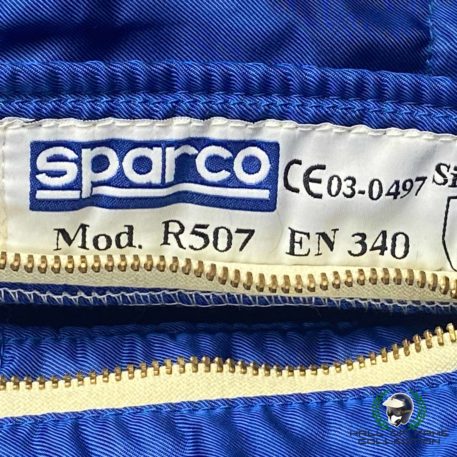 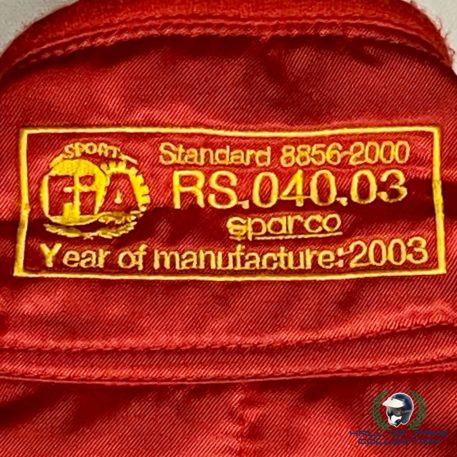 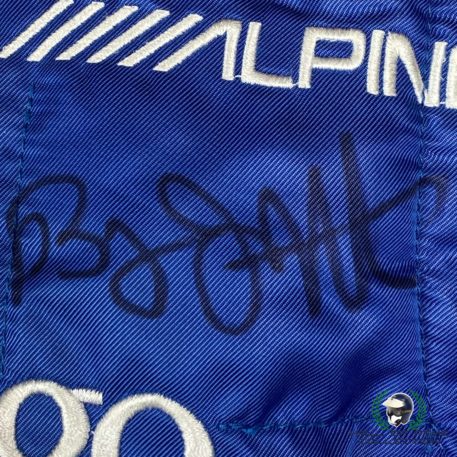 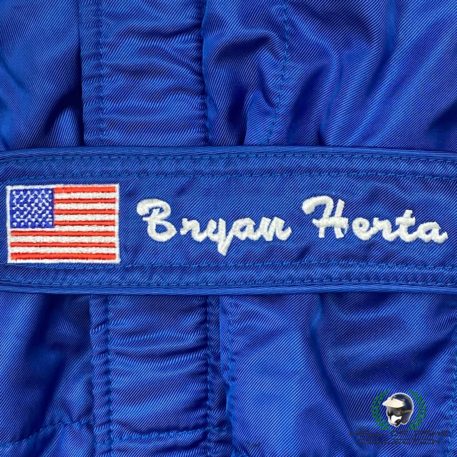 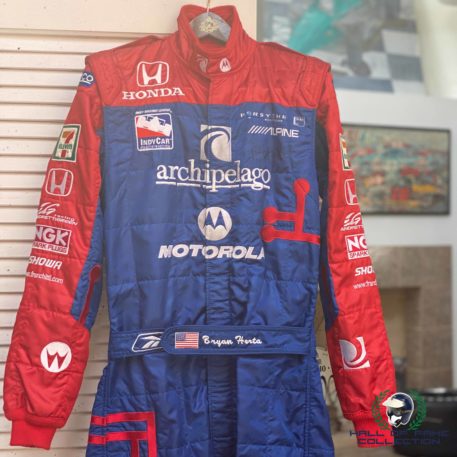 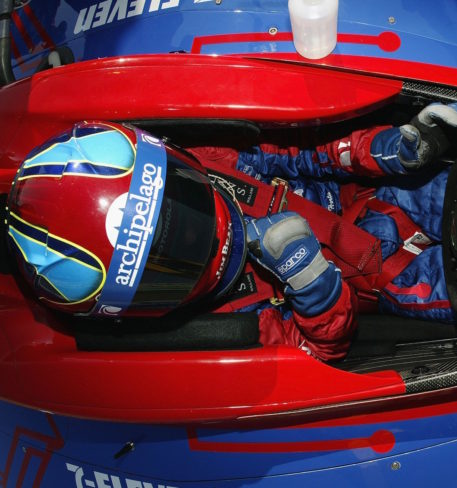 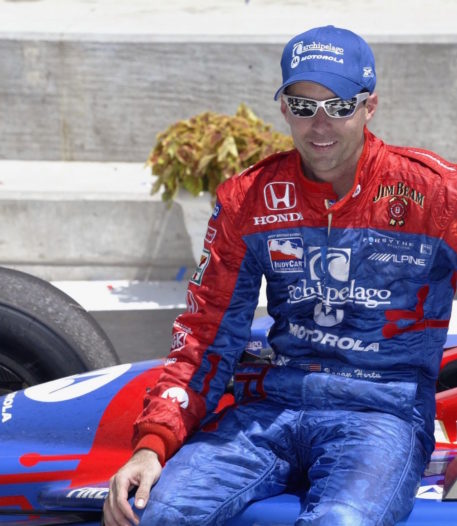 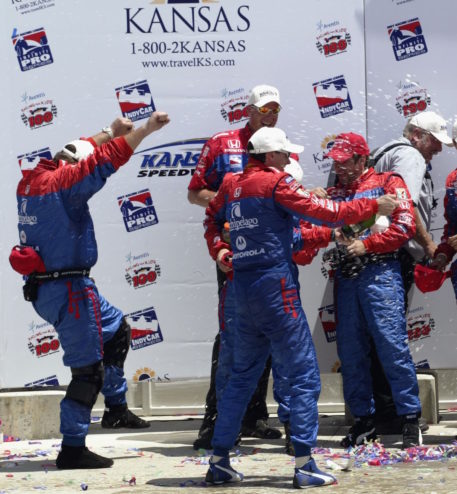 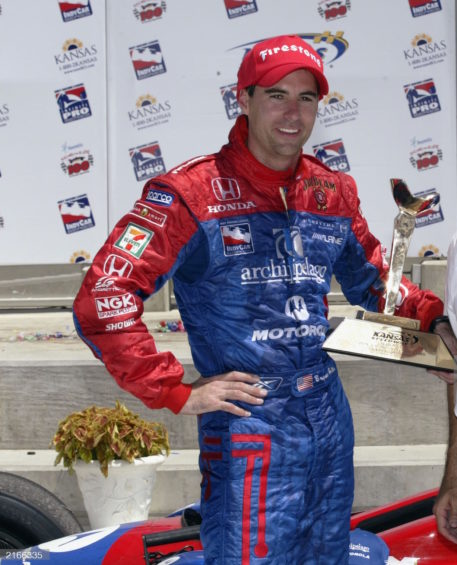 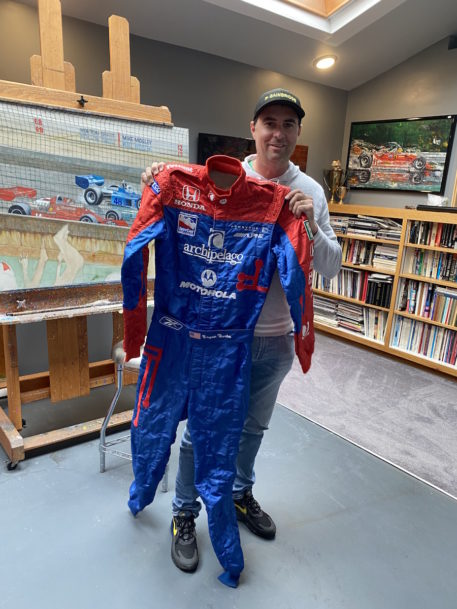 Race-used suit worn by Bryan Herta during the 2003 IndyCar season. Herta won the Kansas IndyCar race that year which was one of only 4 wins in his career.

Bryan Herta currently runs his own team, Bryan Herta Autosport, and also owns the number 98 Andretti Autosport IndyCar in the NTT IndyCar Series. He became a winning Indy 500 team owner after victories in the 2011 Indianapolis 500 with driver Dan Wheldon and the 2016 Indianapolis 500 with driver Alexander Rossi. He is also the father of IndyCar Series rising young star Colton Herta.

This suit comes from Bryan Herta’s personal collection and has been hand-signed by him in black marker pen.