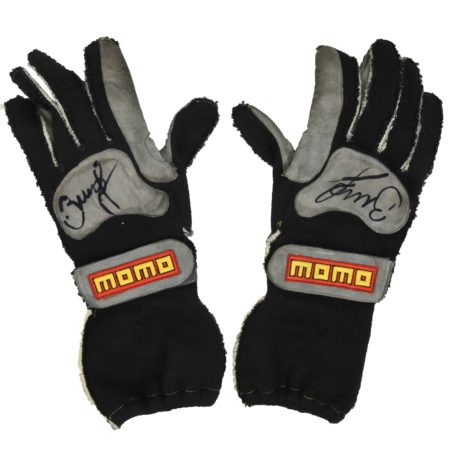 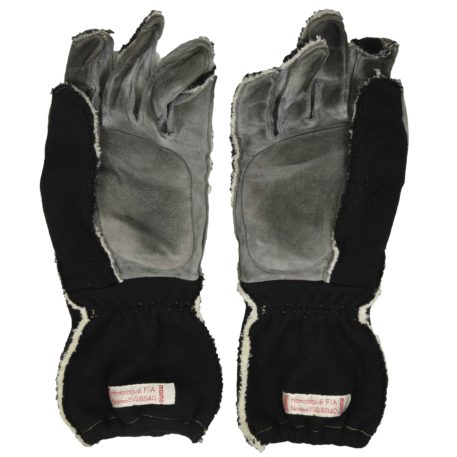 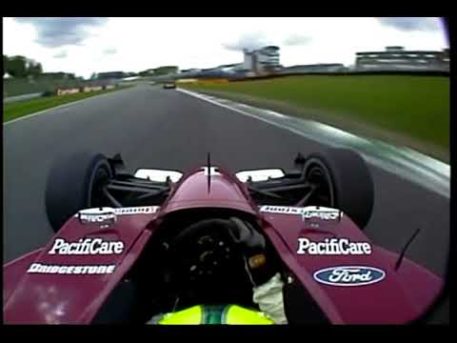 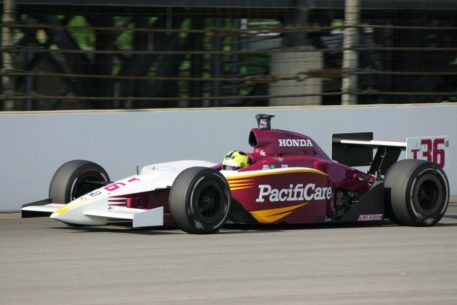 Bruno Junqueira used these black Momo gloves during the 2003 season while in his first year driving for Newman Haas Racing. He would win two races that year.

The Brazilian was in the prime of his 11-year IndyCar career when he joined the Champ Car team co-owned by Carl Haas and Paul Newman. The wins in 2003 came at Road America and in the Denver street race, both from the pole, and pushed his career total to five wins. He would finish his career with eight wins and nine poles.

The ’03 season followed his two-year stint with the Target Chip Ganassi Racing team in which Junqueira won the pole for the 2002 Indianapolis 500. He led 32 laps in the race, retiring as the 31st-place finisher due to a gearbox failure.

It’s often forgotten how close Junqueira came to being a Formula One driver. After testing with Williams, he nearly landed a ride for the 2000 season, but the seat went to Jenson Button, then an F1 newbie. Junqueira went on to win the Formula 3000 championship that season and was signed by Chip Ganassi for 2001.

These gloves are signed by Junqueira and come with a Certificate Of Authenticity.