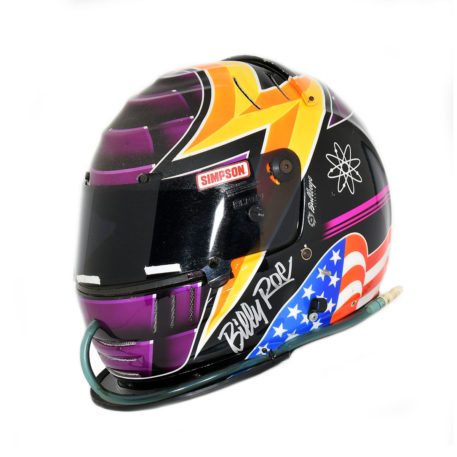 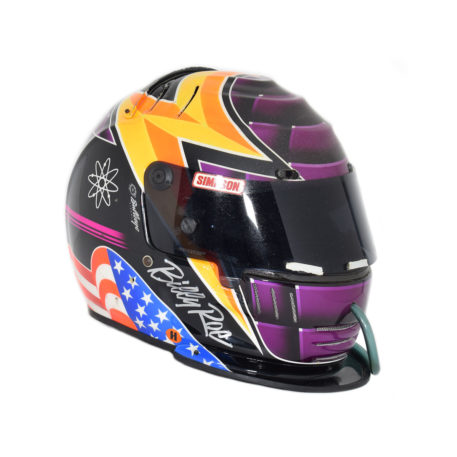 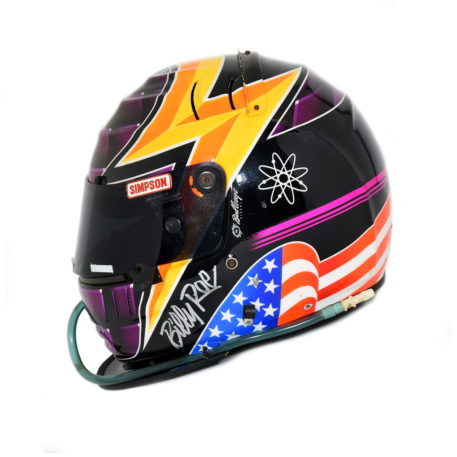 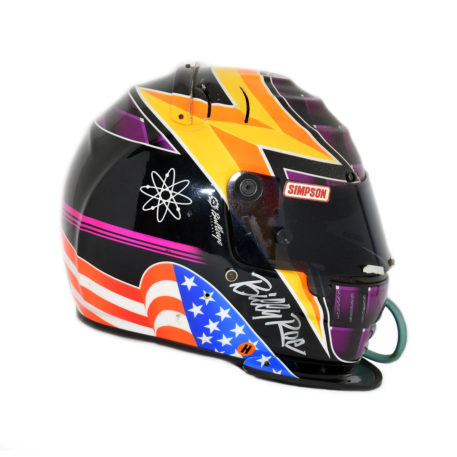 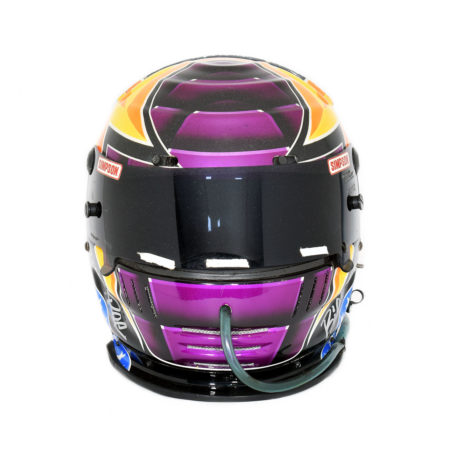 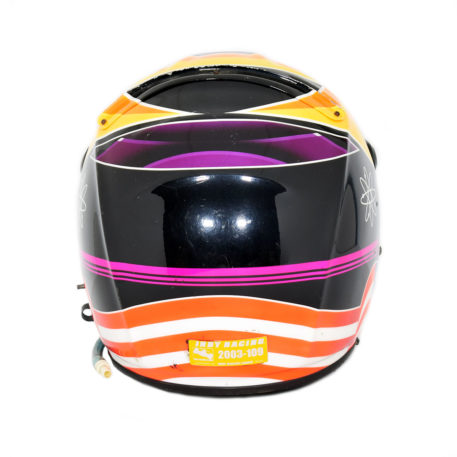 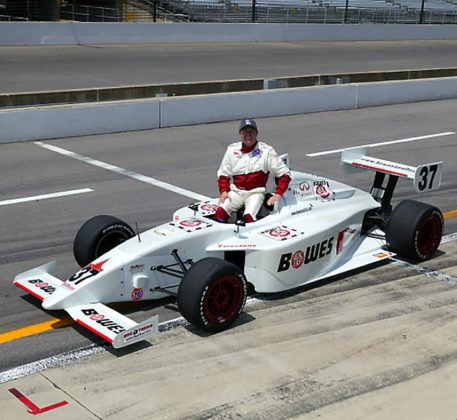 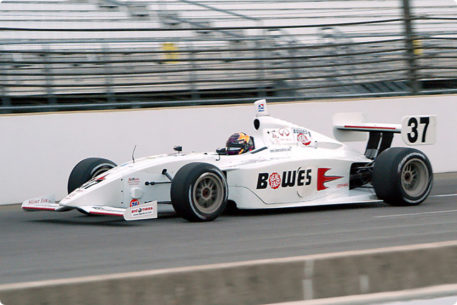 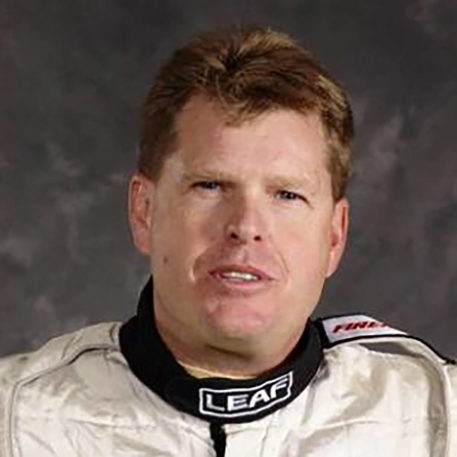 Billy Roe is former driver in the Indy Racing League. He raced in the 1997–1998 and 2000–2002 seasons with 16 career starts, including 2 at the Indianapolis 500. His best IRL finish was a 12th place at Nashville Speedway in 2001. In the 1997 Las Vegas Motor Speedway race, he fielded his own car. Prior to racing in the IRL he competed in Toyota Atlantic. He also competed in 2 Indy Lights races in 1992. After racing in the IRL he competed in the 2003 and 2004 seasons of the Infiniti Pro Series, finishing 16th and 10th in points. On May 7, 2011 Billy Roe made history by recording Indianapolis Motor Speedway’s first official electric car lap record of 106.897 mph.

This striking looking helmet was worn by Roe during his stint in the Infiniti Pro Series. Painted by Bullseye Visuals has a black base color with the US Stars and Stripes to its base just above are three thin pink bands that run round the middle. Across the top and down the side is a yellow, orange and white ‘Flash’ graphic. The front has a deep pink, black edged in white square graphic panel that extends over the front top the same design is also on a panel to the top back of the helmet. Roe’s name is in silver on both cheeks and there are white atomic logos to either side. The helmet also retains its Indy Racing tech sticker.