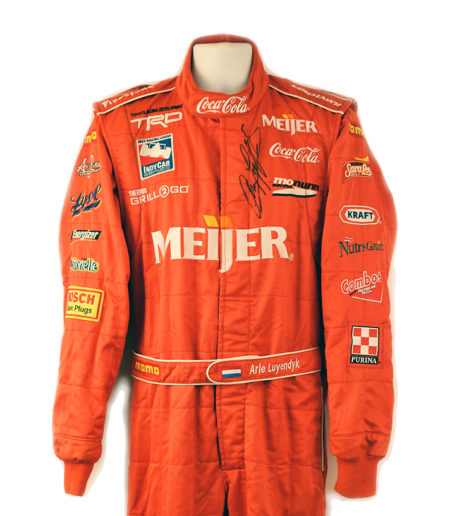 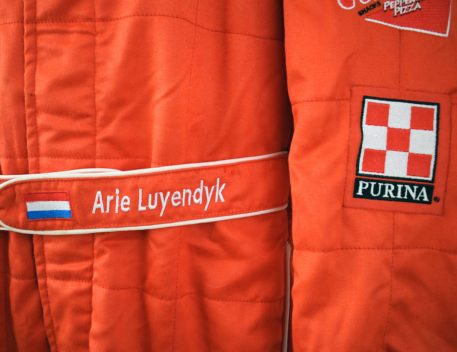 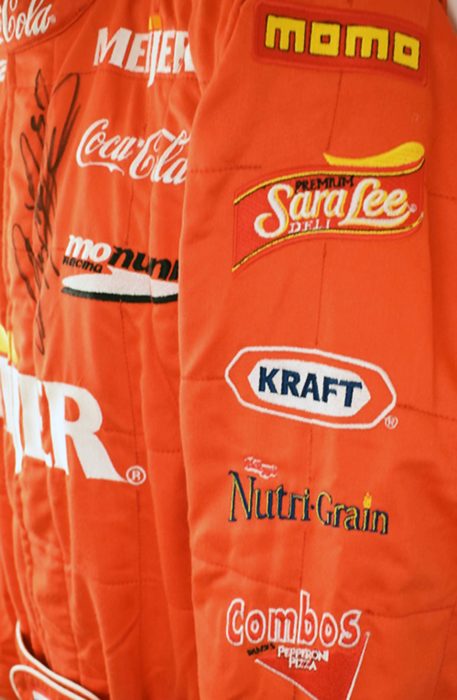 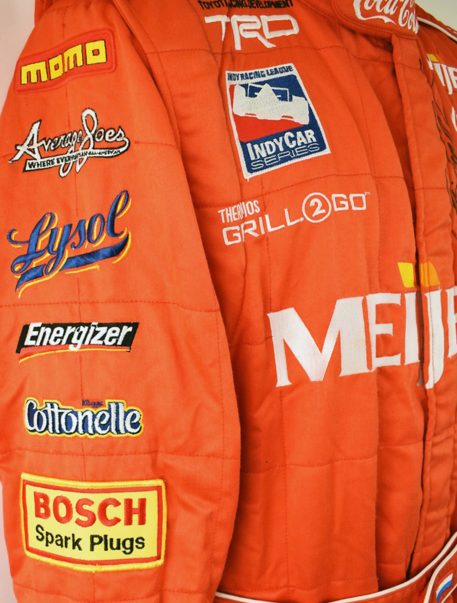 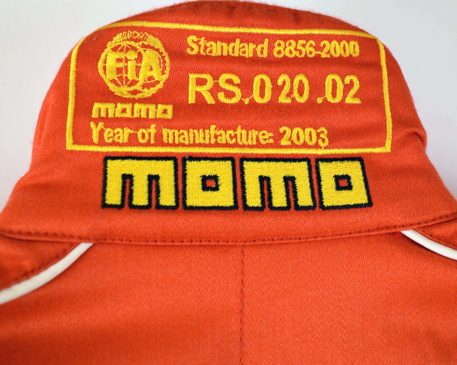 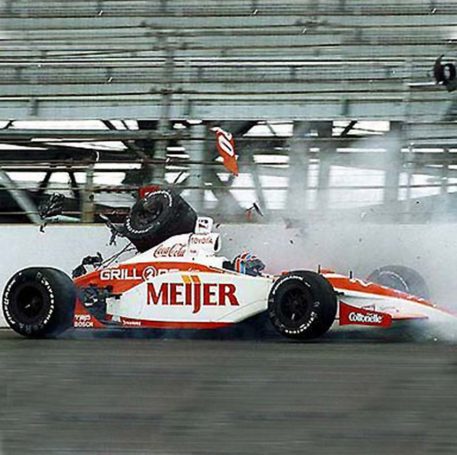 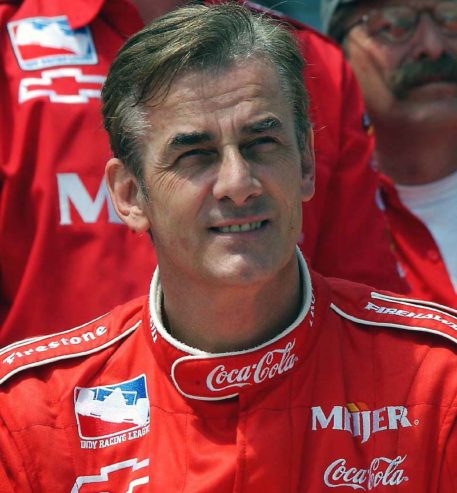 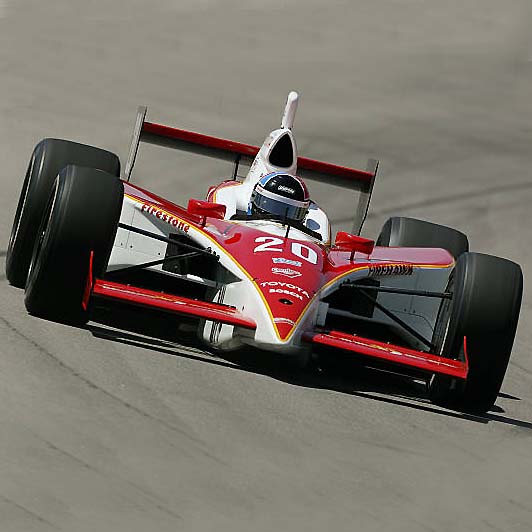 From the fastest man ever at Indianapolis Motor Speedway we are proud to offer the original race worn suit from Arie Luyendyk.

“The Flying Dutchman” is best known for being a two time Indianapolis 500 Champion after winning the 74th and 81st running’s of the Greatest Spectacle in Racing.

As a road course racer from Europe, it’s impressive how Luyendyk quickly became one of the best of his era on the ovals in American IndyCar Racing.

The ‘Flying Dutchman’ wore this suit in 2003 driving for Mo Nunn Racing at his last appearance at the Indy 500. Luyendyk had competed at the ‘500’ for the previous nineteen years, winning the race in 1990 and 1997. He attempted to make it twenty years, but due to a crash in practice, decided to retire from racing. Meaning this Indy 500 suit would have been one of the very last Luyendyk used in his eighteen year American open wheel racing career.

Suit is in the bright red/orange color and has the American supercenter chain Meijer, as the main sponsor along as many other sponsorship/supplier brands embroidered onto the suit.

The suit is personals signed by Arie Luyendyk and comes with a full Certificate of Authenticity .