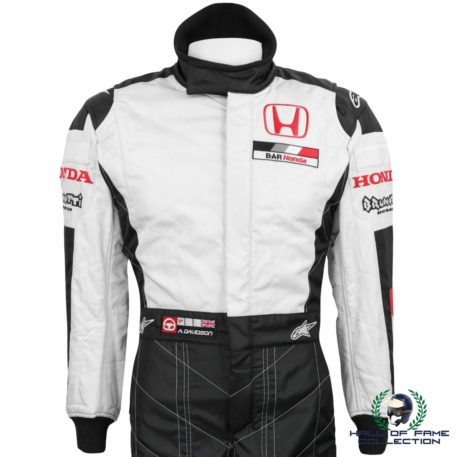 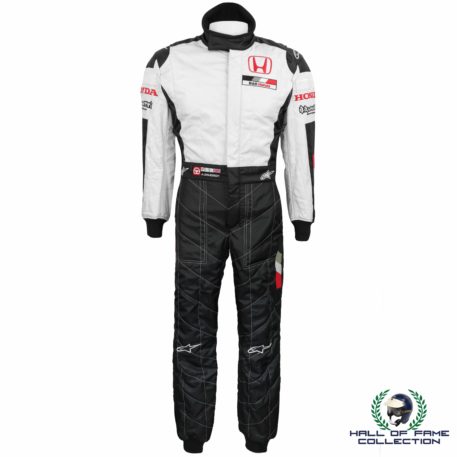 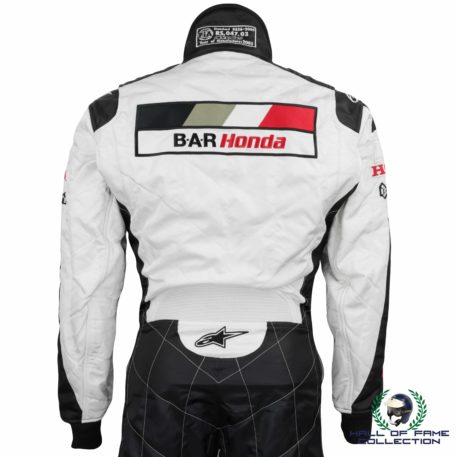 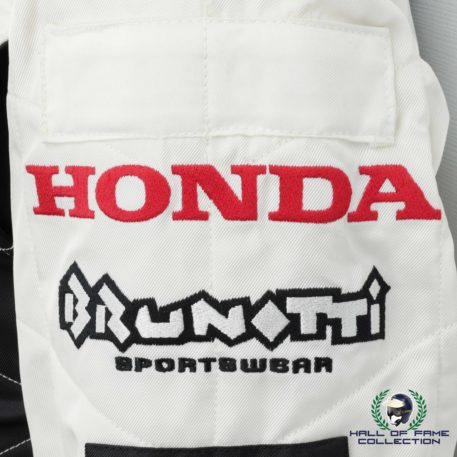 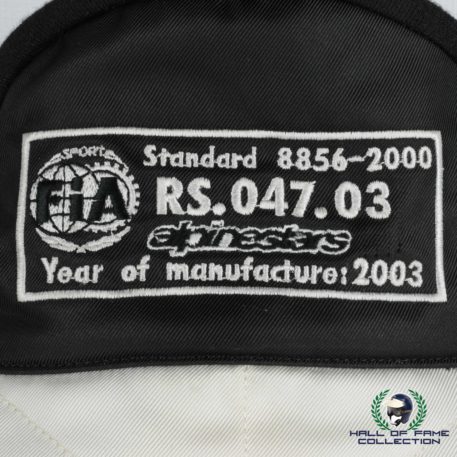 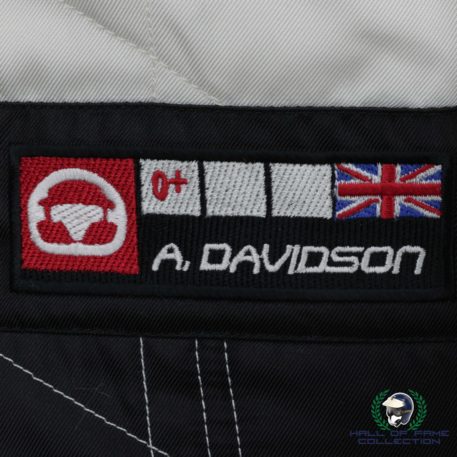 Used Alpinestars suit worn by British driver Anthony Davidson while testing for the BAR Honda Formula One team during the 2003 Formula 1 season.

Davidson had been part of F1 for a couple of years, mainly as a test driver with various teams, and landed some F1 race starts with Minardi and BAR as well. In 2007 he was hired for a full season of racing with the Super Aguri F1 Team. He also established himself as a very capable sports car driver and has competed at the highest level at Le Mans and in the FIA World Endurance Championship. Davidson was the 2014 WEC World Champion, alongside his teammate, Sébastien Buemi.

Davidson currently drives in the FIA World Endurance Championship with Jota Sport. He is also an analyst for the Sky Sports F1 television channel, and a color commentator for the F1 series of video games.