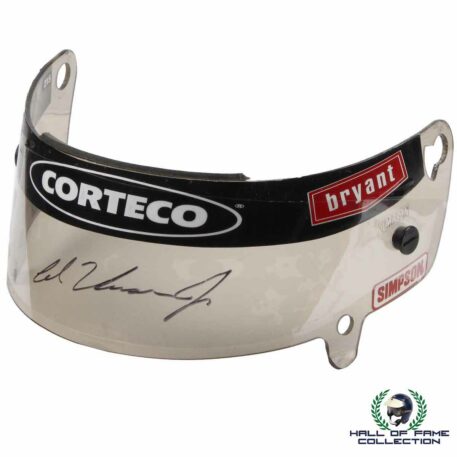 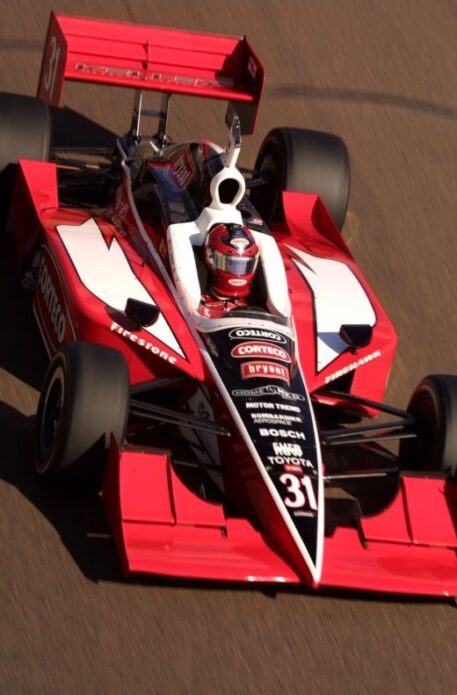 Al Unser Jr. remains one of the most successful race car drivers in U.S. history, with a pair of Indianapolis 500 victories among his 34 IndyCar Series wins. He won Indy in 1992 with Galles Racing and 1994 with Team Penske.

Thirty-one of Unser’s race wins came in CART, but this signed visor is from his 2003 Indy Racing League season with Kelley Racing. In a car owned by Indiana car dealer Tom Kelley, Unser won his final IndyCar race at Texas Motor Speedway in the 2003 that this visor was used.

This signed, race-used visor comes with a Certificate of Authenticity.