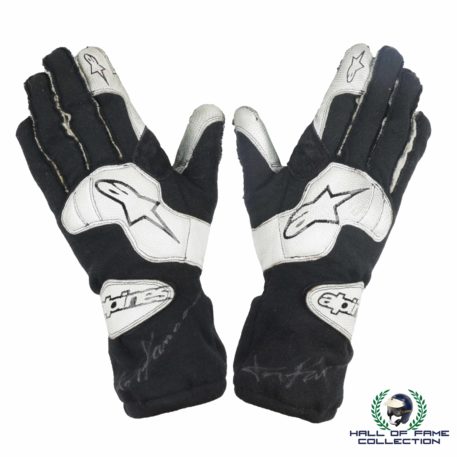 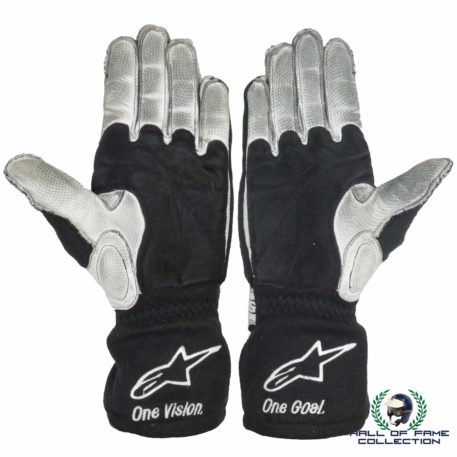 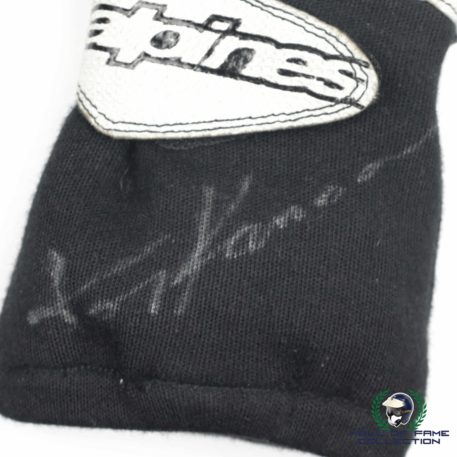 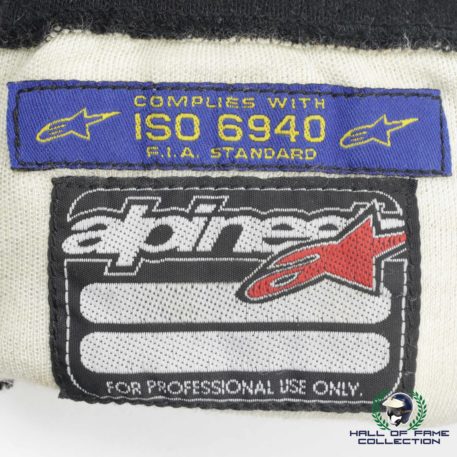 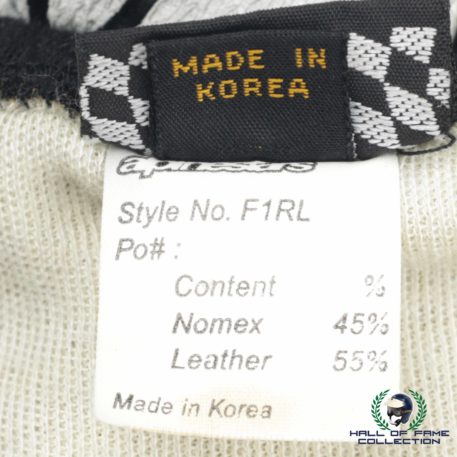 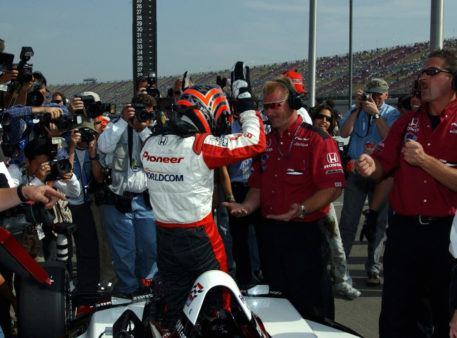 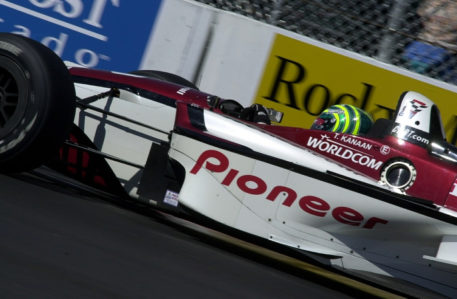 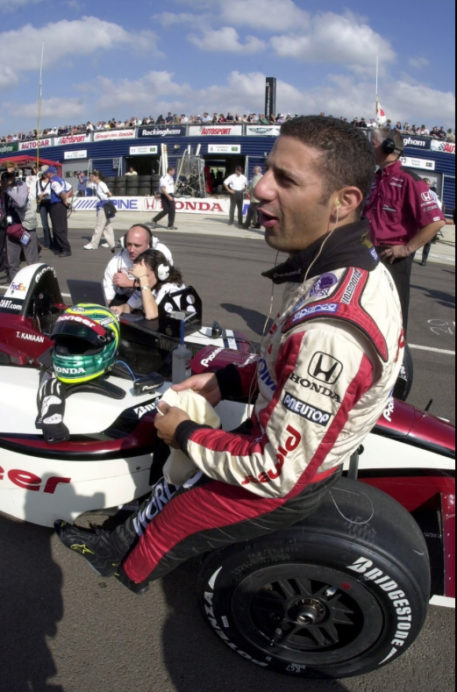 Alpinestar gloves worn by 2013 Indy 500 winner Tony Kanaan during the 2002 CART season while driving for Mo Nunn Racing. Kanaan has had long and successful racing career, including competing in 20 Indy 500 races. Kanaan was the IndyCar Series Champion in 2004, as well as being the overall winner in the 2015 Rolex 24 at Daytona, and continues to race to this day in IndyCar for Chip Ganassi Racing during the 2021 season.

The black and white gloves are signed by Kanaan in silver marker pen on the wrists and come with a Certificate Of Authenticity.