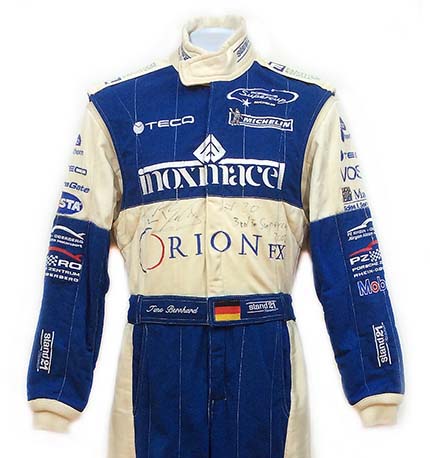 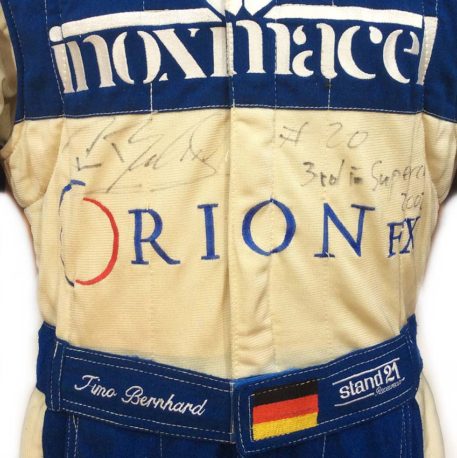 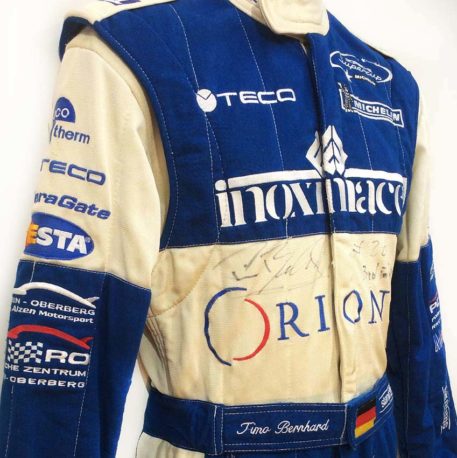 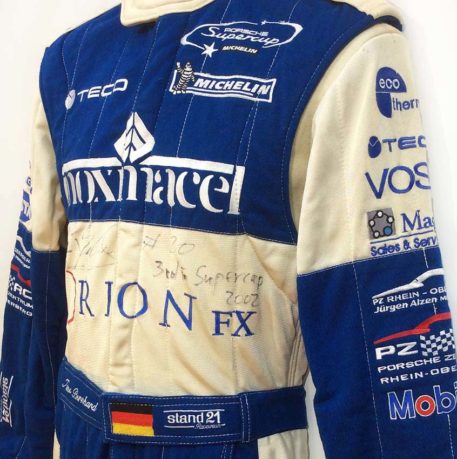 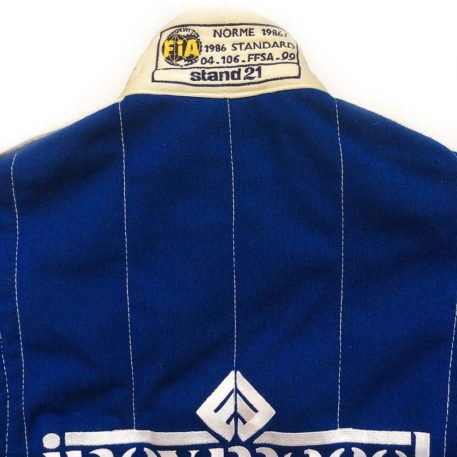 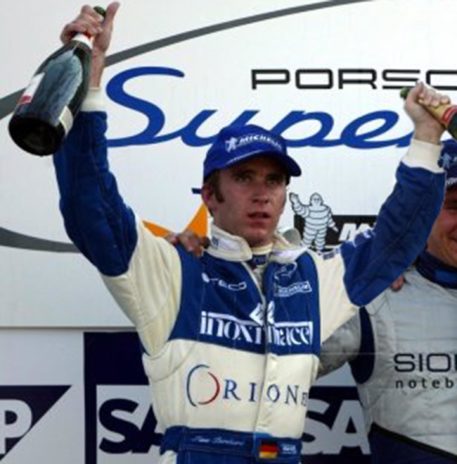 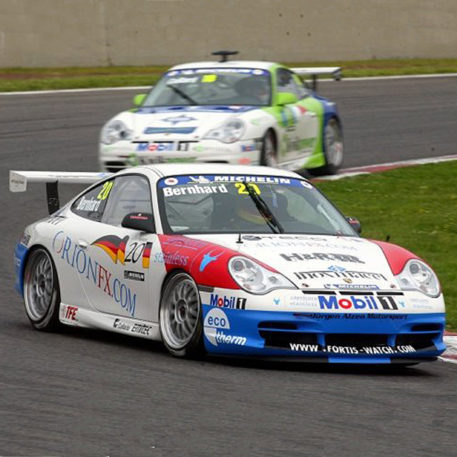 A suit used by Endurance Sportscar driver Timo Bernhard during the 2002 Porsche Michelin Supercup Championship where he finished third in the standings.

The half blue, half cream colored Stand 21 suit has sponsorship from Orion FX on the midriff, lower back and legs and Inoxmacel sponsorship to the chest and upper back. It also has many other logos embroidered to both arms.

The suit has also been signed dated and championship standing documented by Timo Bernhard and comes with a full Certificate of Authenticity.