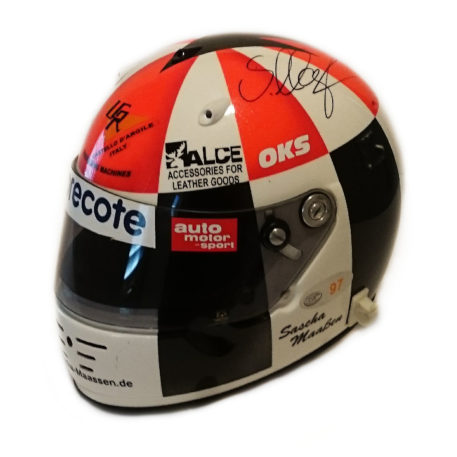 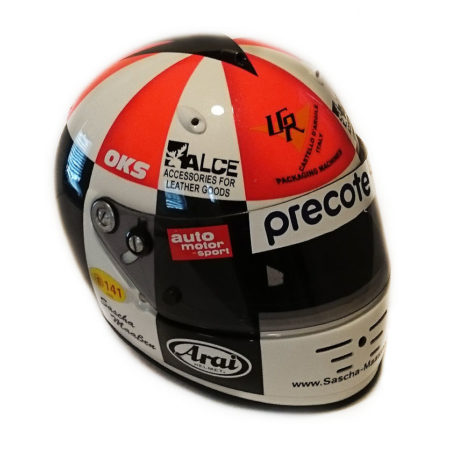 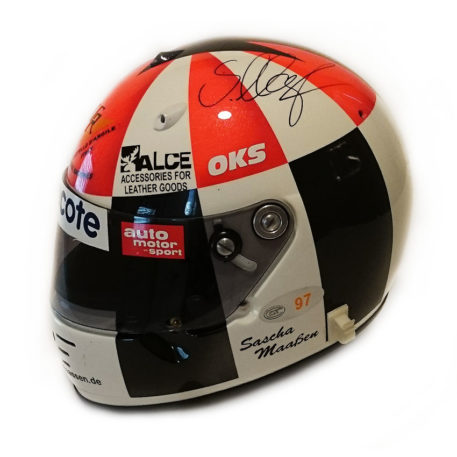 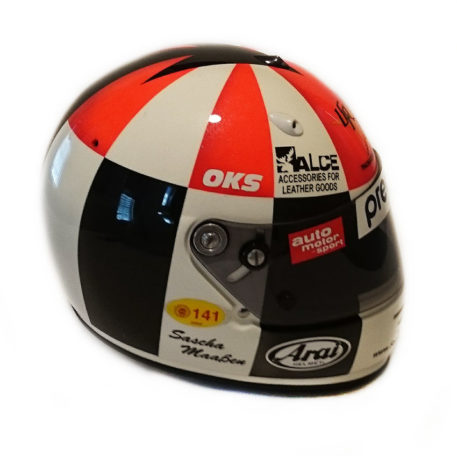 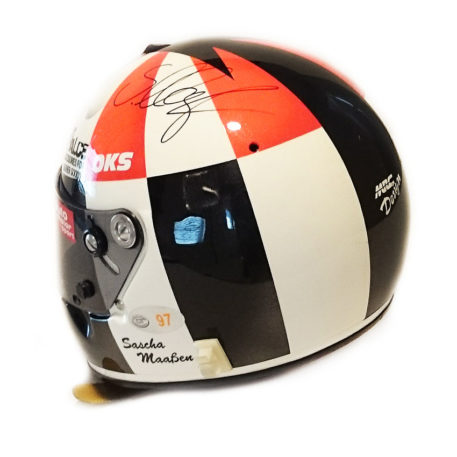 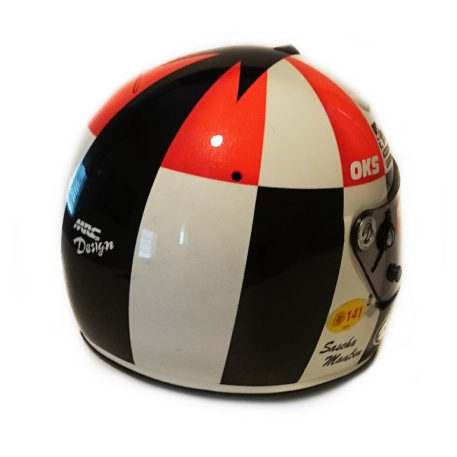 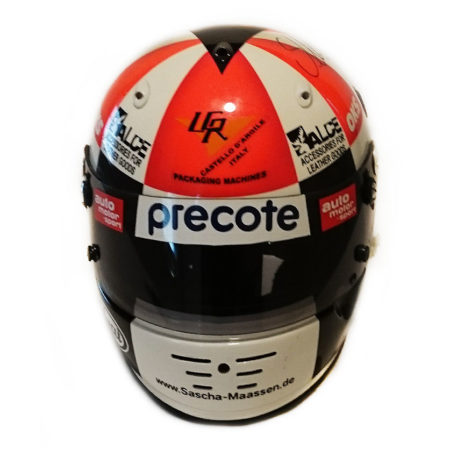 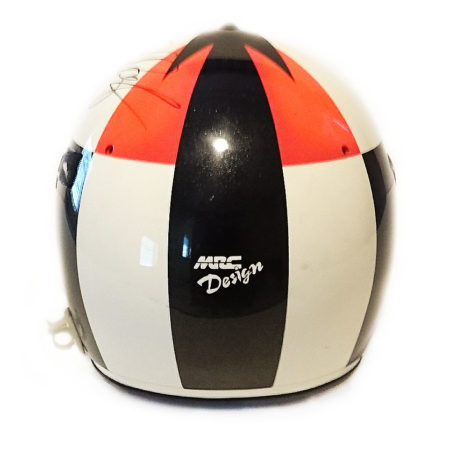 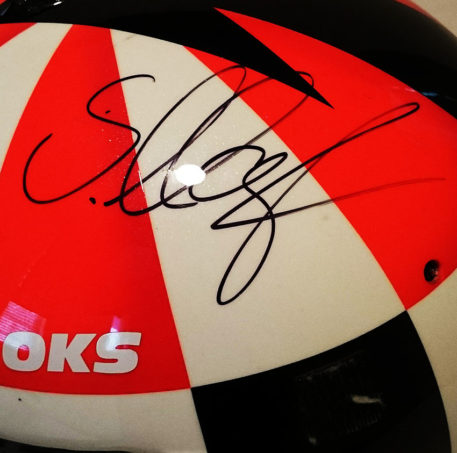 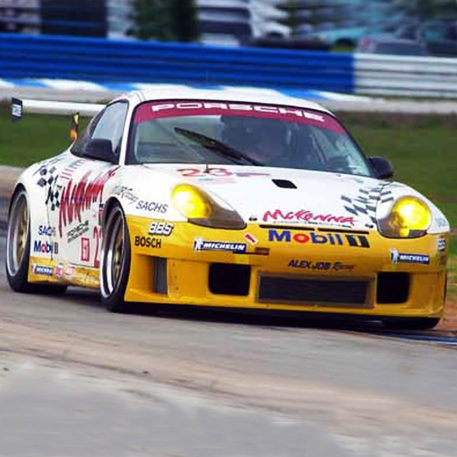 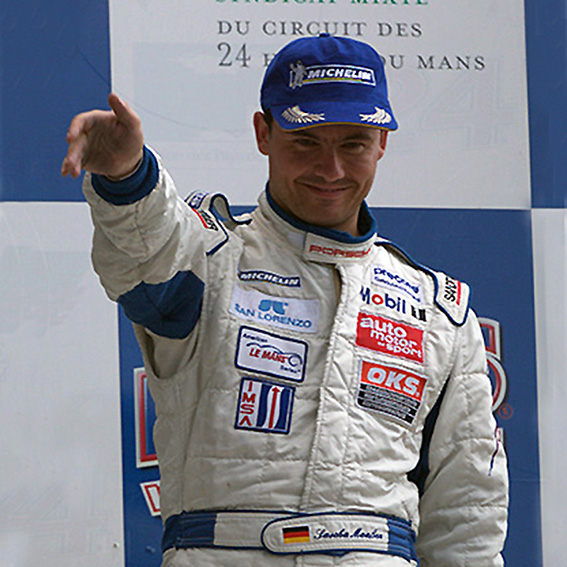 Arai race used helmet worn by renowned German Sportscar driver Sascha Maassen. This helmet was used during the 2002 ALMS Championship where Maassen and co-driver Lucas Luhr, driving a Porsche 911, dominated the GT class, winning seven of ten races en route to winning the championship. Maassen was a champion in the GT and LMP2 classes and had many class wins at the Le Mans 24 hour and the 12 Hours of Sebring.

The helmet is painted by MRC and has a red, black and white chequered design running around it, incorporating a black arrow from the back going over the top of the helmet. It has decals from sponsors Precote and AutoMotoSport on the visor and UR, Alce, and OKS on the helmet. It also has AMLS GT tech stickers still applied to the helmet.

Sascha Maassen has personally signed the helmet and it comes with a full Certificate Of Authenticity.