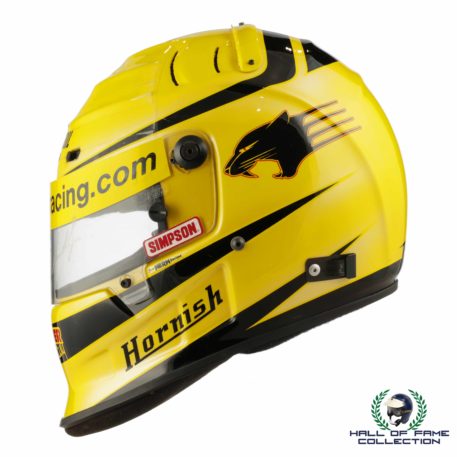 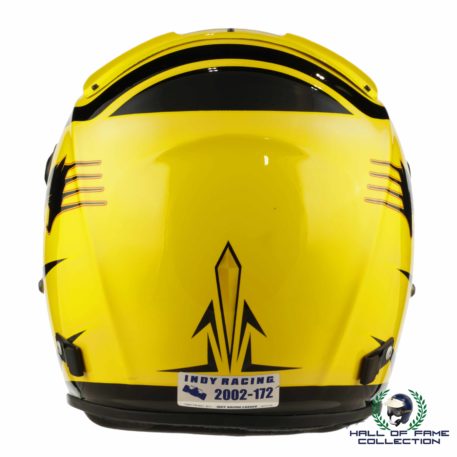 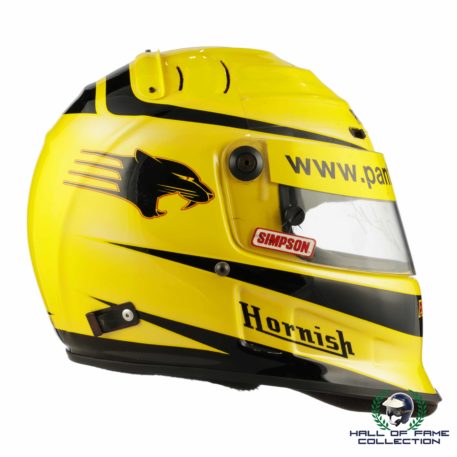 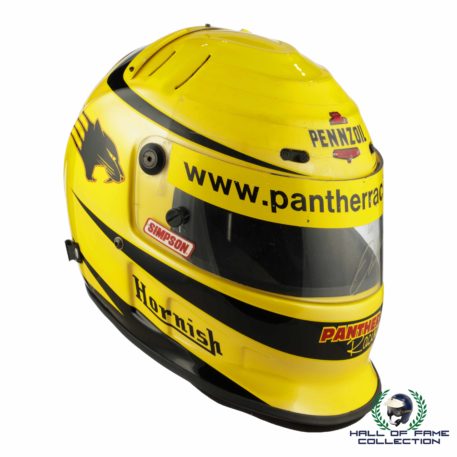 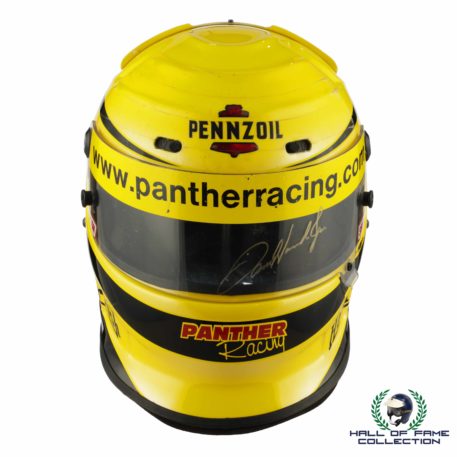 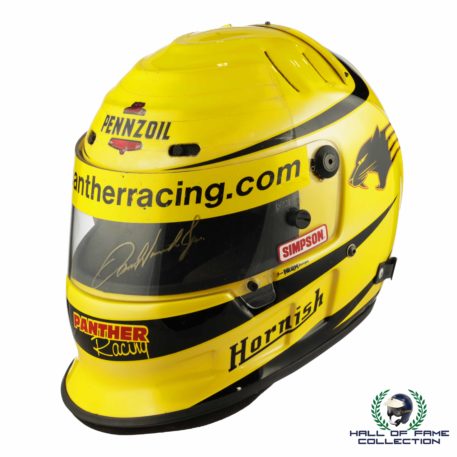 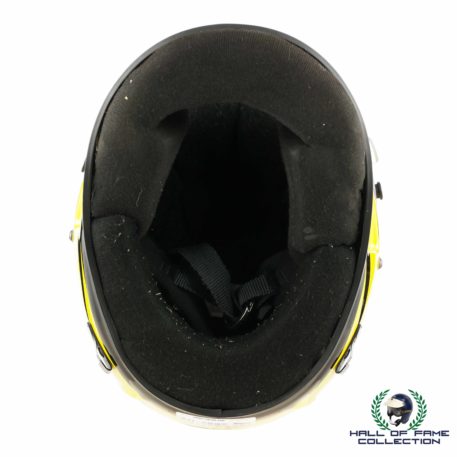 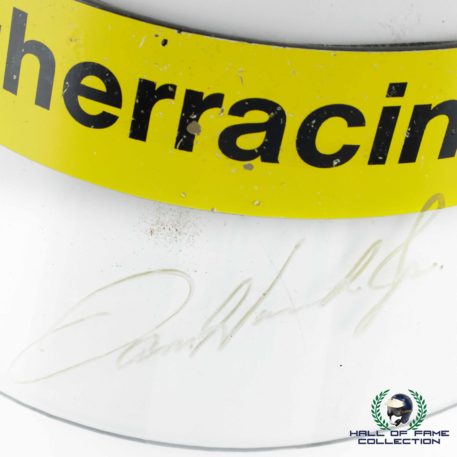 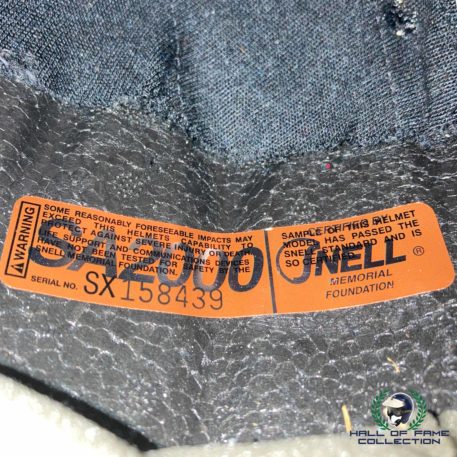 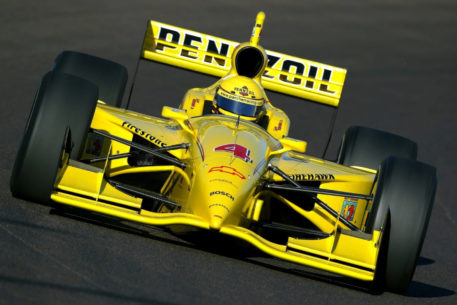 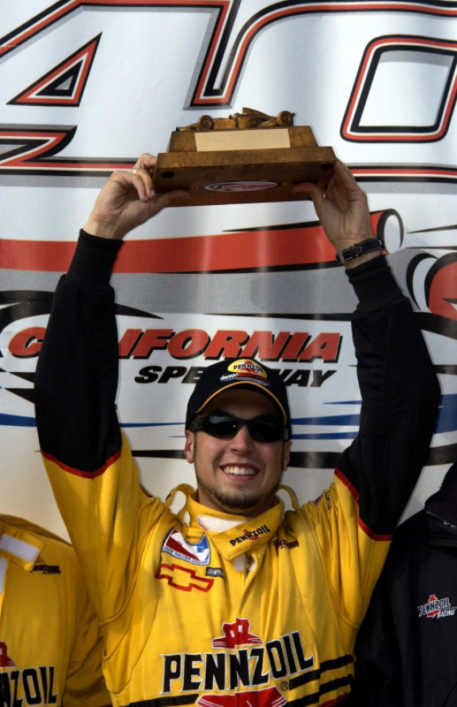 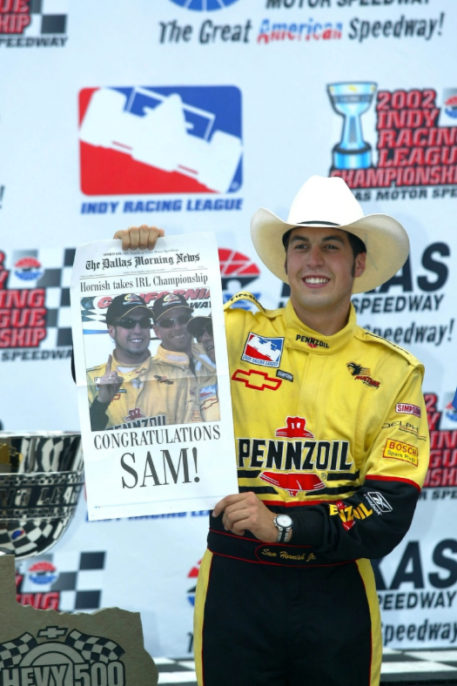 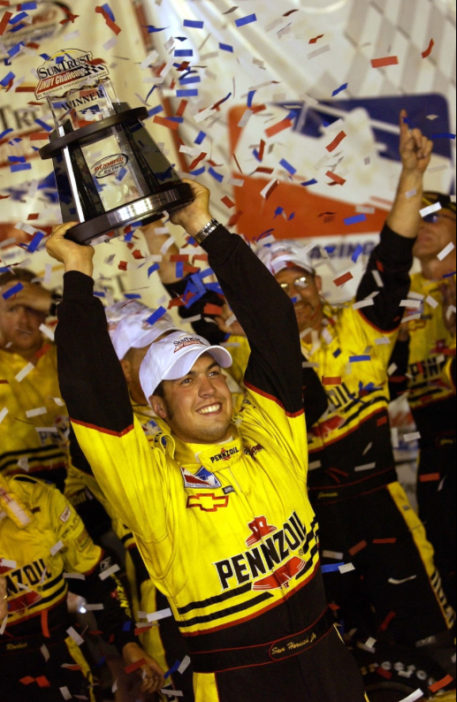 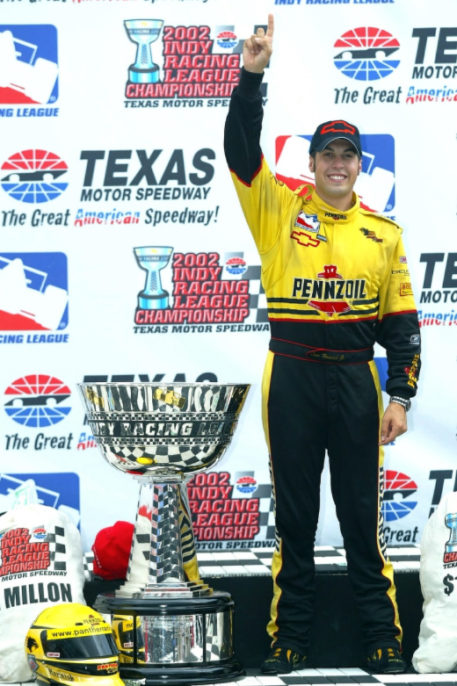 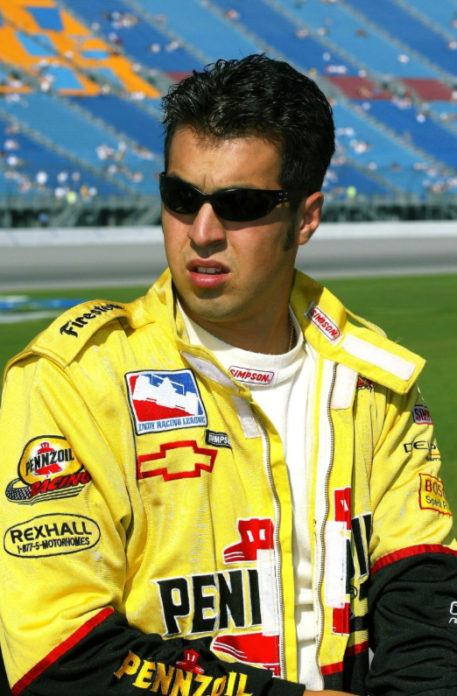 Simpson Vudo racing helmet used by Sam Hornish Jr. during his Championship-winning IRL season in 2002, while driving for Panther Racing.

Hornish Jr. began his top-tier racing career in the IndyCar Series, making his driving debut during the 2000 season for PDM Racing. He began driving for Panther Racing the following season, winning eleven races and the 2001 and 2002 IRL Series Championships over the next three seasons. During the 2004 season Hornish Jr. began driving for Team Penske, winning eight more races (including the 2006 Indianapolis 500) and the 2006 Series Championship during his time with the team. When he left the series after the 2007 season, he held the record for most career wins in the series (19, broken by Scott Dixon in 2009). Hornish Jr. also raced in the NASCAR Sprint Cup Series (2007 – 2016) and the NASCAR Xfinity Series (2006 – 2017).

Don’t miss this very rare chance to own a helmet used by an Indy 500 and IndyCar Champion during his Championship winning season.

The helmet is signed by Hornish Jr. in gold marker pen on the visor and comes with a Certificate Of Authenticity.