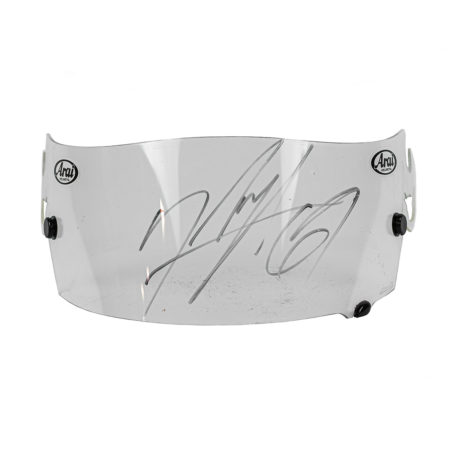 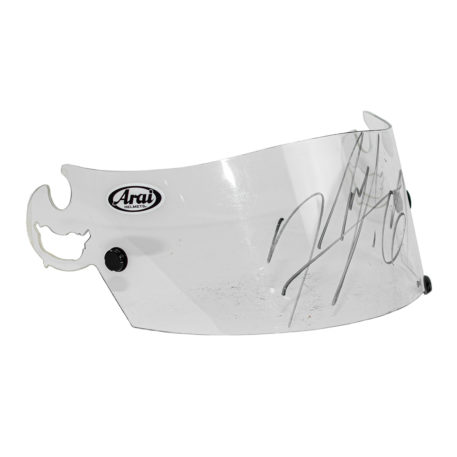 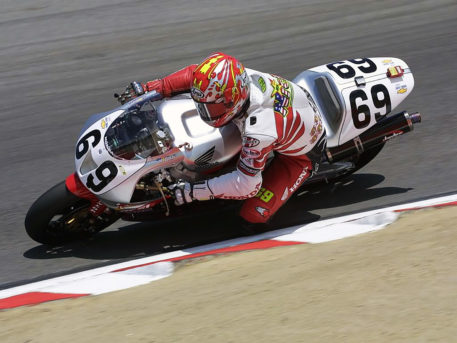 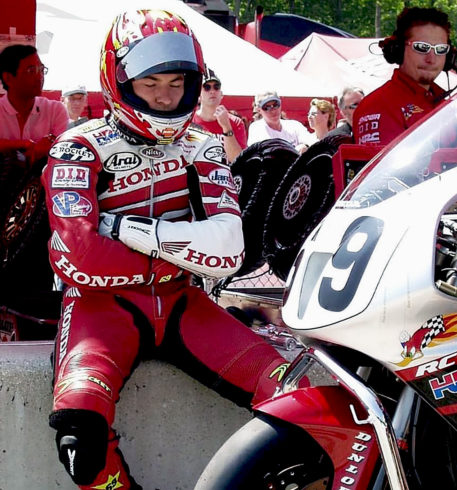 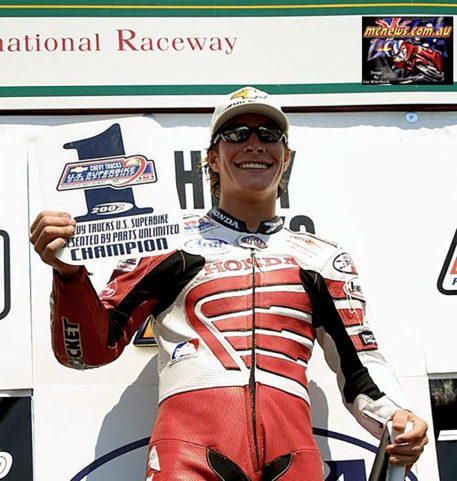 Race-used visor signed by American road racing rider Nicky Hayden, who won the AMA (American Motorcyclist Association) title in 2002 and the MotoGP World Championship in 2006. He began his road racing career in the CMRA (Central Motorcycle Roadracing Association) before progressing to the AMA Supersport Championship and then to the AMA Superbike Championship. He was approached by the Repsol Honda Team to race for them in MotoGP and won the MotoGP title riding a Honda. He also rode Ducati machines while competing in the MotoGP Championship. Sadly, in May 2017, Hayden was hit by a car while riding his bicycle in Italy, suffering a traumatic brain injury and died five days later as a result.

This visor was used during his title-winning 2002 AMA season. It comes from one of the Aria RX-7 helmets he used while riding his Honda RC51 to a total of nine race wins in the 16-round series.