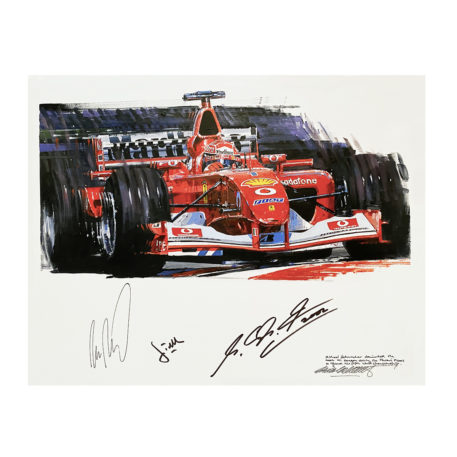 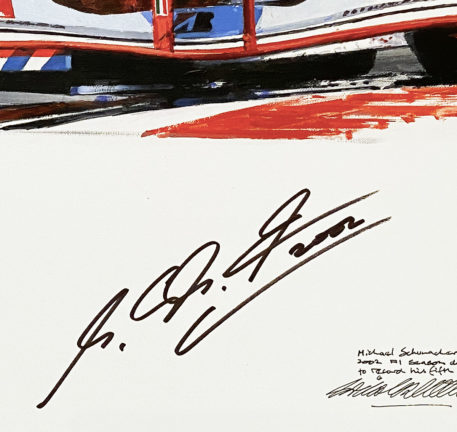 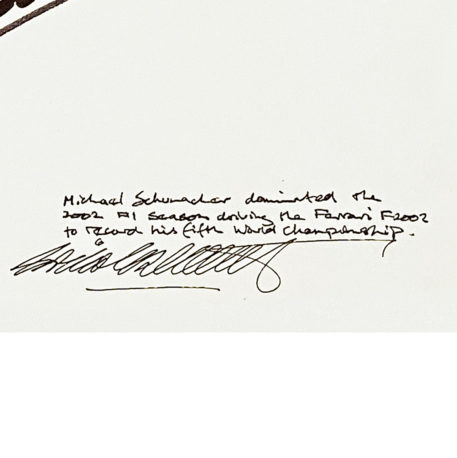 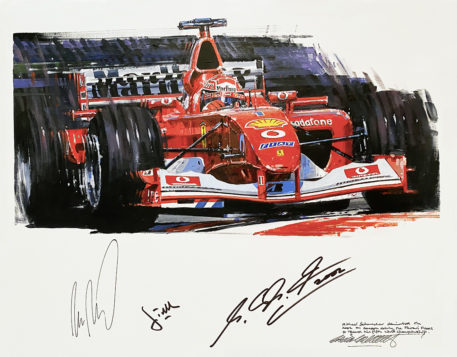 This stunning 16 x 20 inch Nicolas Watts original acrylic on art paper image was produced to commemorate Michael Schumacher’s 5th World Championship win in 2002. While driving a Ferrari 051 3.0 V10. Schumacher would prove to be dominant having eleven victories and also finishing on the podium in the other six races during the seventeen event season.

This eye-catching image of Schumacher’s Ferrari in bright vibrant colors, has been personally signed and dated by the seven-time F1 World Champion Michael Schumacher. It also has the signatures of Scuderia Ferrari General Manager Jean Todt, and team technical director Ross Brawn. Having these three main members of the 2002 title-winning team signatures on this artwork makes it a very rare piece. It has also been signed by the world-renowned artist who has also added a description to the bottom right corner.

This artwork is a must for all Michael Schumacher/Scuderia Ferrari /F1 fans to hang in their collection.