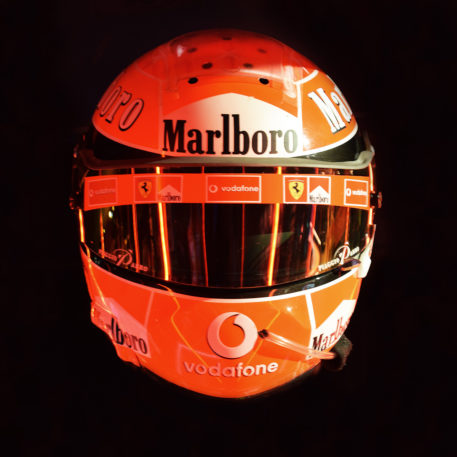 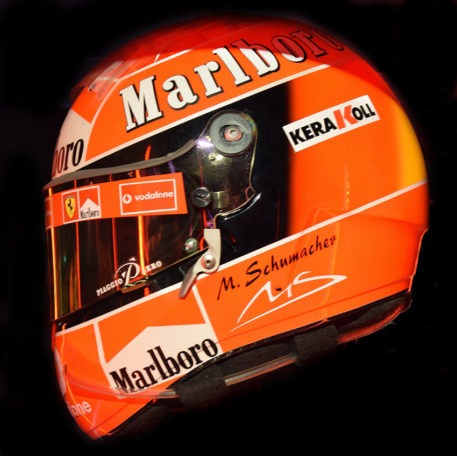 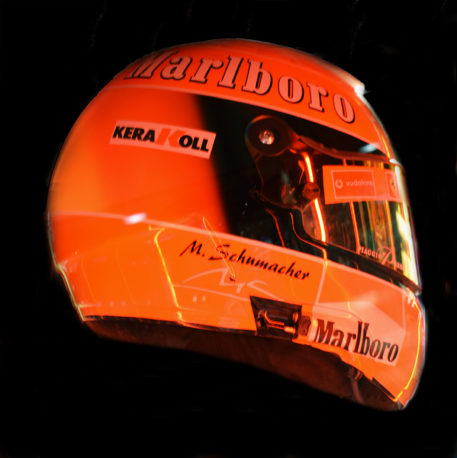 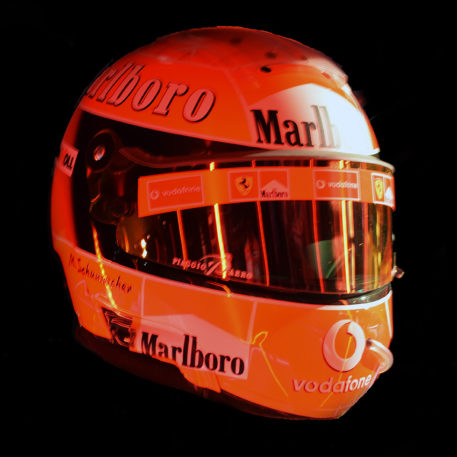 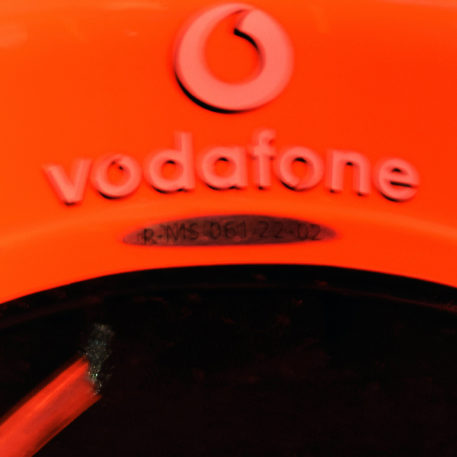 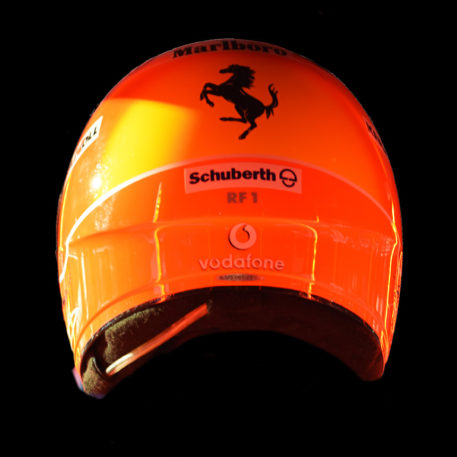 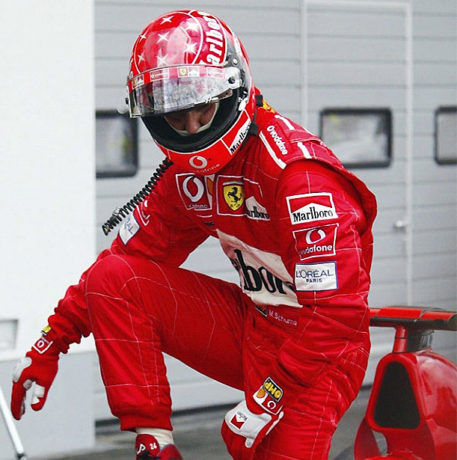 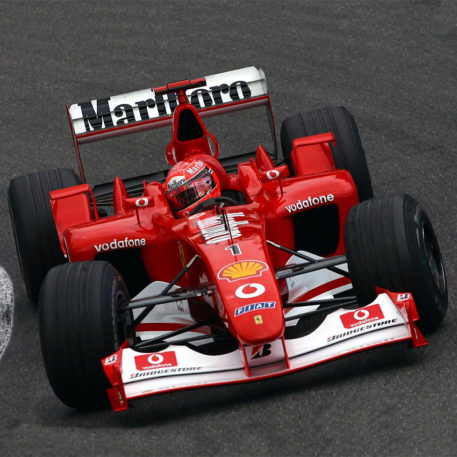 This Schuberth RF1 helmet was used by Michael Schumacher during the 2002 Formula 1 season which saw him take his Fifth World Title.

Schumacher driving the V10 powered Ferrari F2001 and F2002, completely dominated the seventeen race season winning eleven of the races and having five second place and one third place finishes. This seeing him have a podium spot for each race. In winning the 2002 Drivers’ Championship he equalled the record set by Juan Manuel Fangio of five World Championships. He also set a record of most wins in a season.

This helmet is the one used by Schumacher at the 2002 Hungarian Grand Prix where he placed second to team mate Rubens Barrichello in a Ferrari clean sweep at the Hungaroring, in Budapest.

This helmet carries Schumacher’s usual design of the black, red and yellow German National colors running around the centre of the helmet, with the yellow panel having a Ferrari prancing horse to the back. The rest of the helmet is in Ferrari red with a graphic design to the top that features seven white highlight stars. Major team sponsors’ ‘Marlboro’ and ‘Vodafone’ branding decals are prominent on the top and front of the helmet.

This is a very rare opportunity to own a World championship helmet from one of the greatest (if not the greatest) drivers to compete in the history of Formula 1.