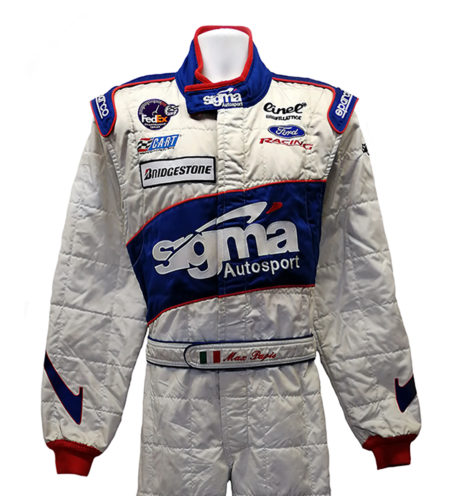 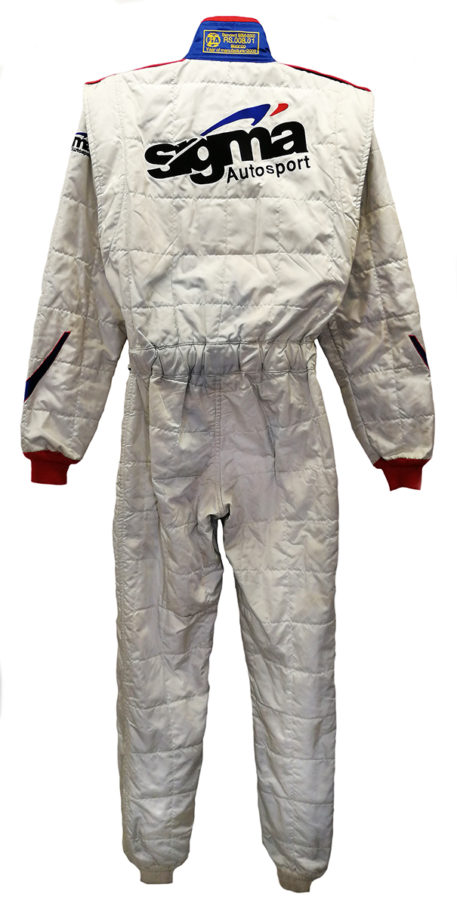 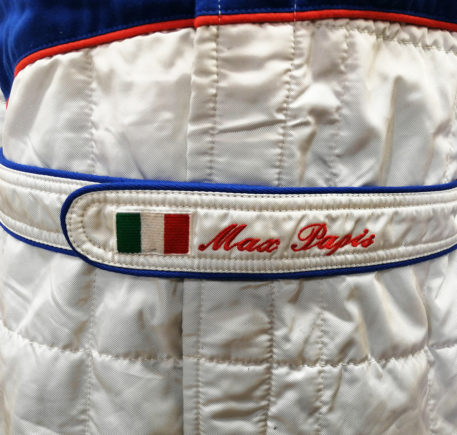 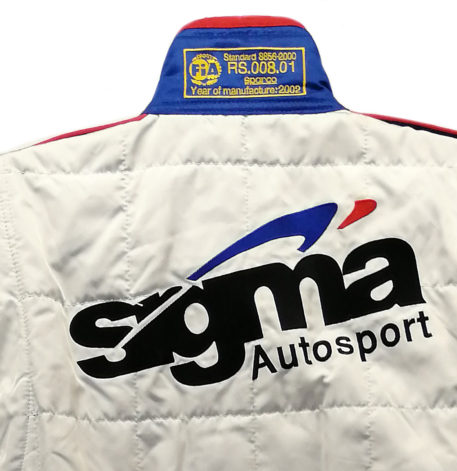 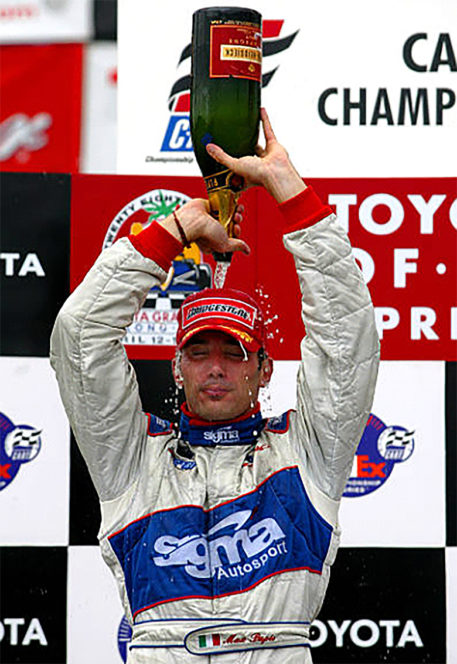 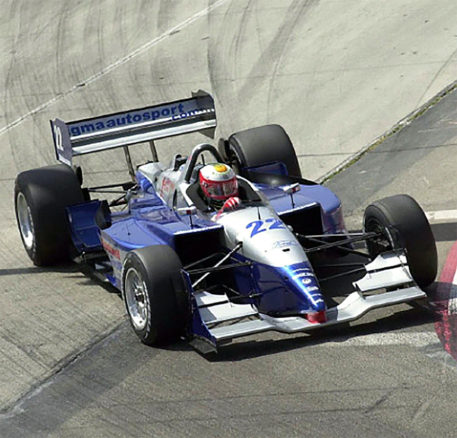 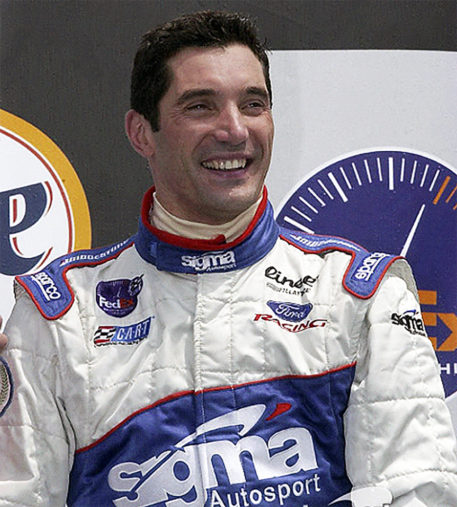 Sparco suit used by Italian driver Max Papis who competed in many top-level motor sports events such as Le Mans, NASCAR 24 Hours, Formula One, Indy and Champ Car. He had several top five victories including three wins in the CART IndyCar Series.

This suit was used by Papis, during his five race stint driving a Ford powered Lola for the Sigma Autosports team, where he notched two third place finishes in the first quarter of the 2002 Fed Ex CART Championship Series.

The all white suit has a slanted wide band edged in red piping with a white Sigma logo in its middle. There is also a Sigma logo on its back and the shoulder pulls, and the neck is also in red edged blue as well as either forearm. Max’s name and national flag are embroidered on the waist belt. The Bridgestone Tire patch was most likely added during tire testing.

This is a great suit to add to your collection from the popular Italian driver.