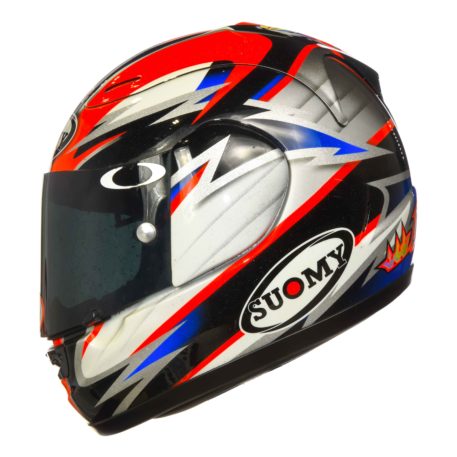 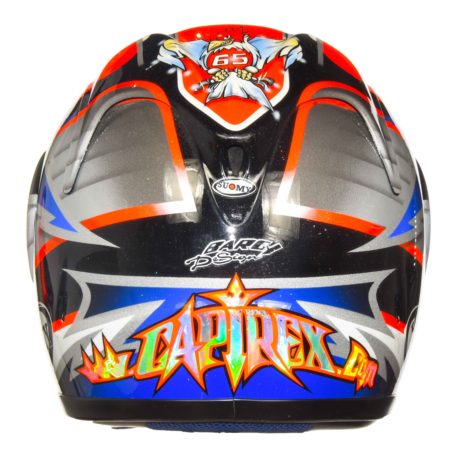 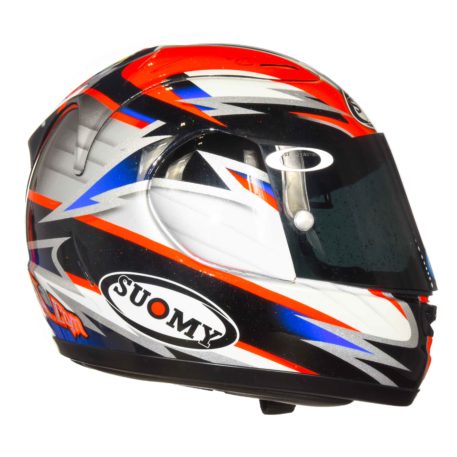 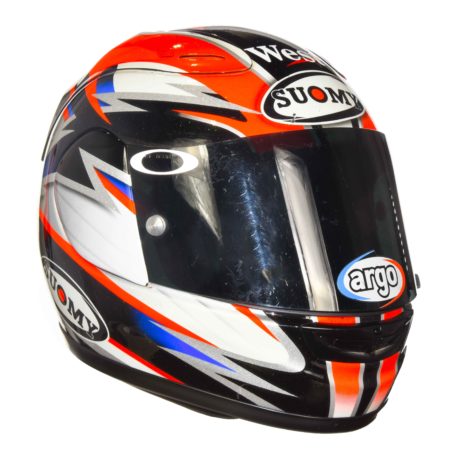 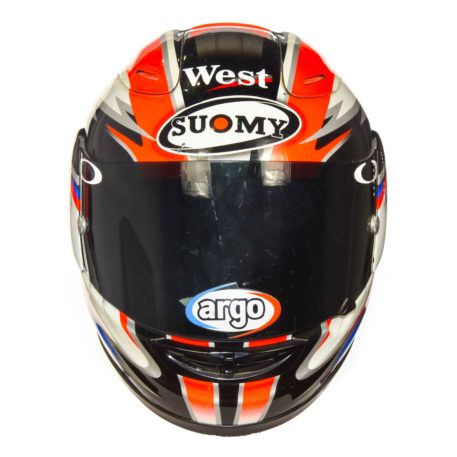 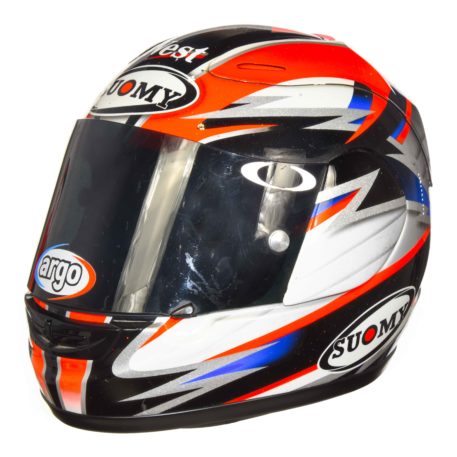 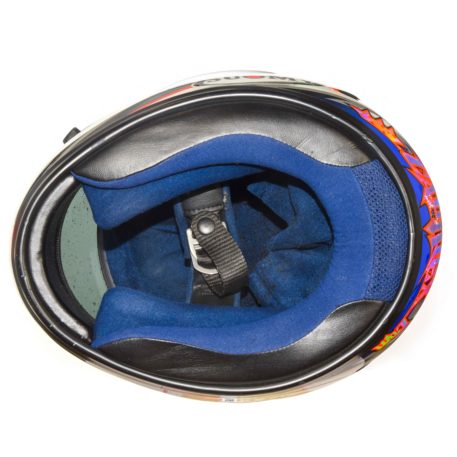 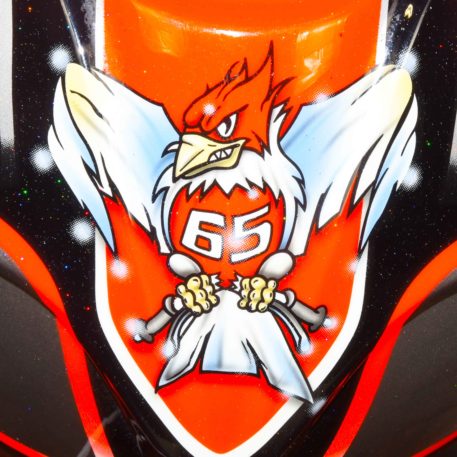 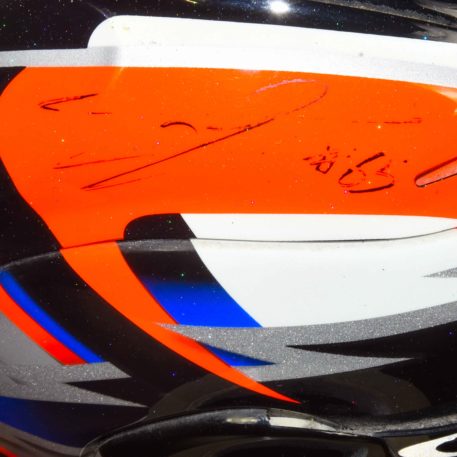 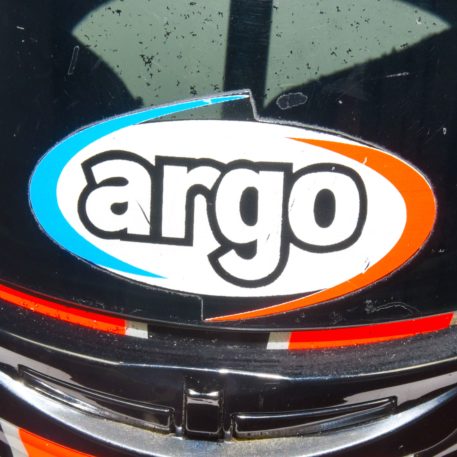 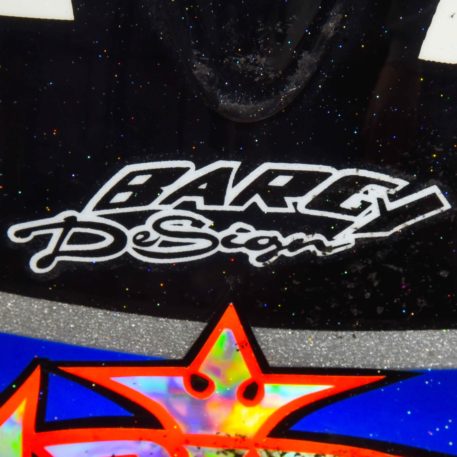 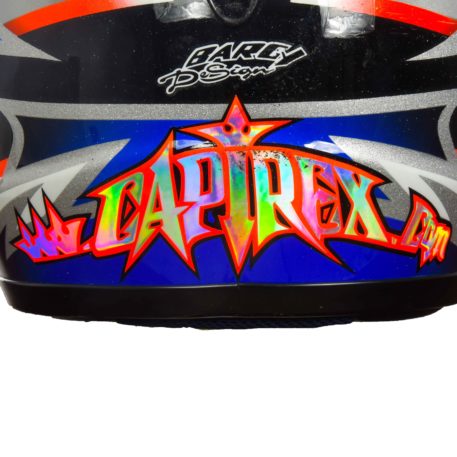 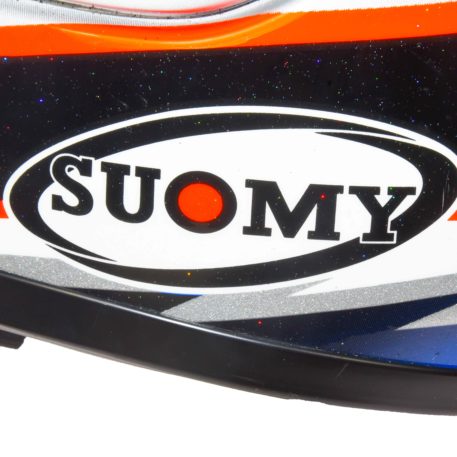 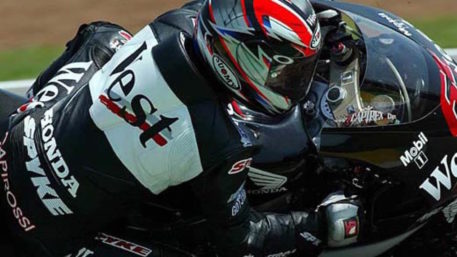 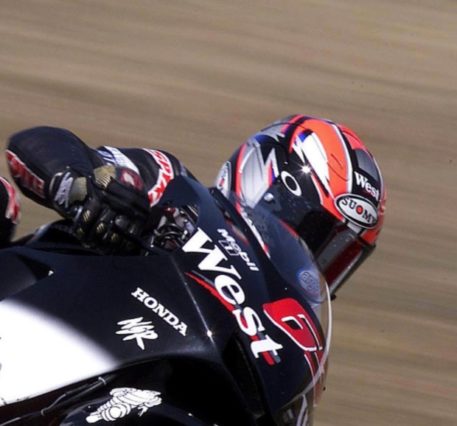 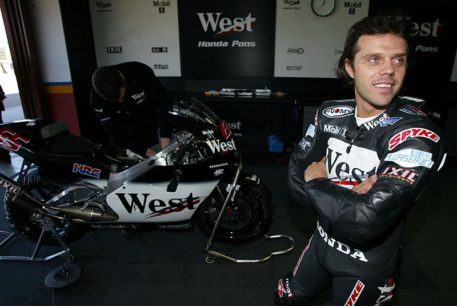 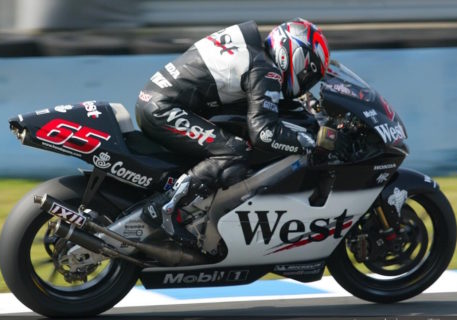 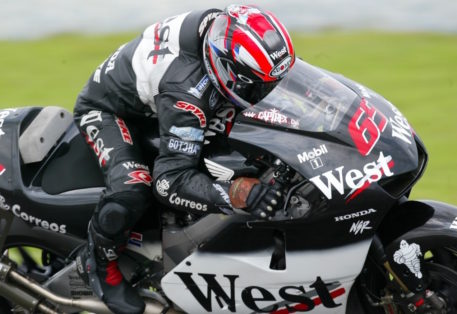 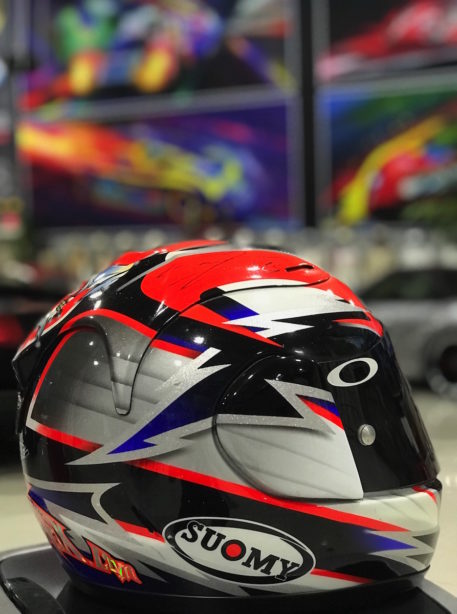 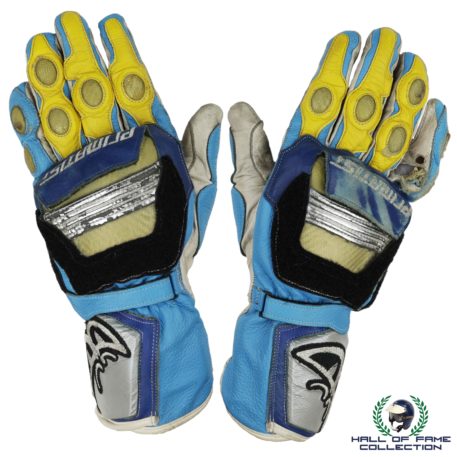 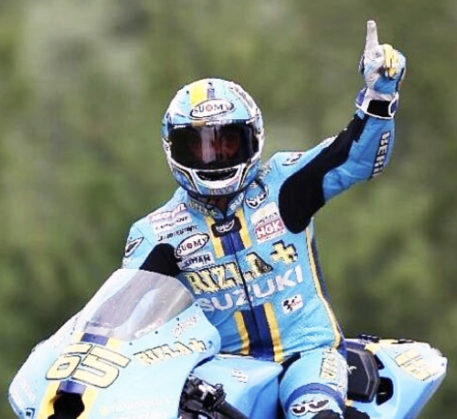 This stunning Suomy helmet was race worn by Italian MotoGp legend Loris Capirossi in the 2002 season. Beautifully hand pained by Bargy Design out of Milan, this iconic “Capirex” helmet shows signs of track use and was originally hand signed after the season. Some of the signature can still be seen however this is a great opportunity to have Loris resign the helmet as he attends all of the MotoGp races still today. Coming off a 3rd place finish in the 2001 500cc Championship, Capirossi and the Honda team were keen to push for a World Championship in the very first MotoGP season. A mid season crash at the Dutch TT hampered any chances of success, however those iconic West Honda Pons bikes will always be fondly remembered from a great new era in MotoGp history.

Loris Capirossi stormed onto the World Championships scene with back to back titles in 125cc in his first two season. Followed up with another in 250cc in 1998. In 2000 he stepped up to the big bikes where he would become the first rider in history to make 300 race starts. Always a fan favourite the Italian scored 9 Grand Prix Victories, 42 podiums, 13 poles and 10 fastest laps in the 500cc/MotoGp Category.

His memorabilia is highly collectable so don’t miss out on this rare chance to own his race worn helmet today.

Helmet comes with a Hall of Fame Collection Certificate of Authenticity.