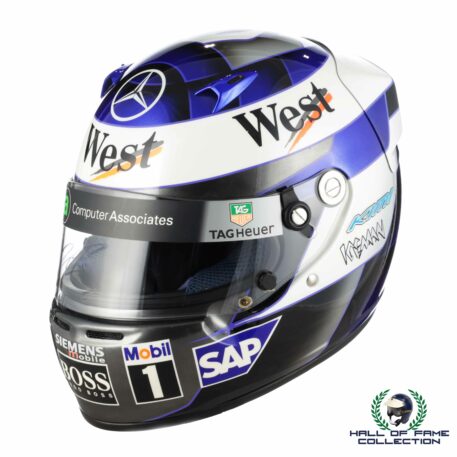 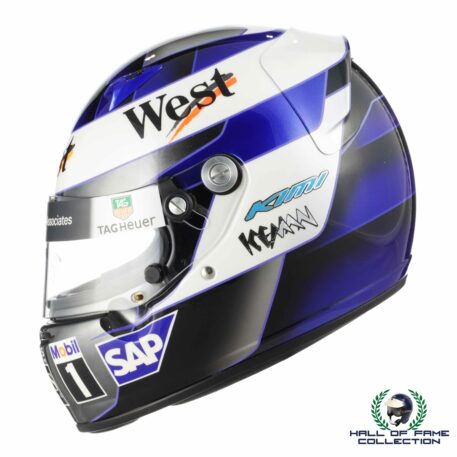 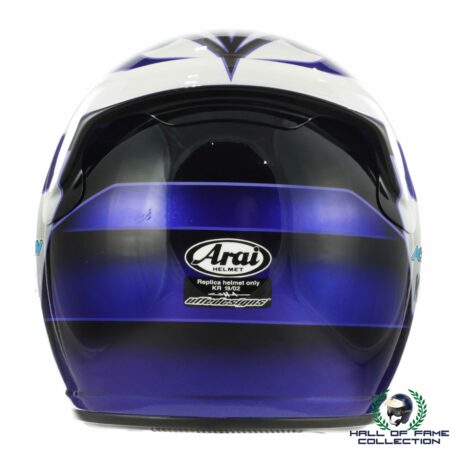 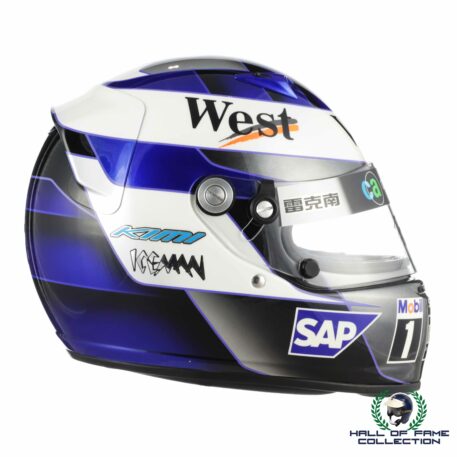 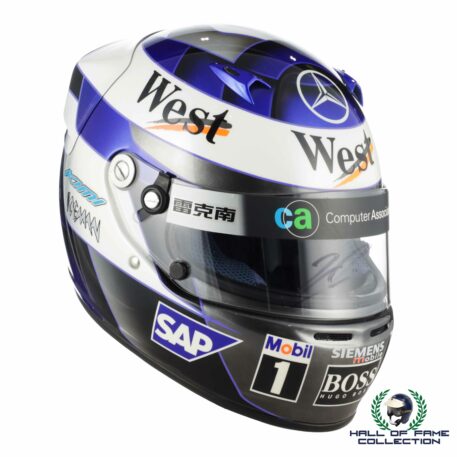 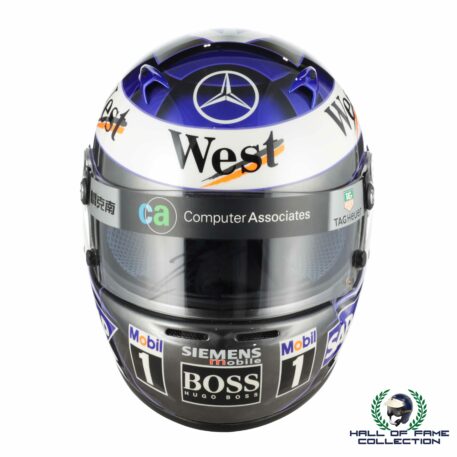 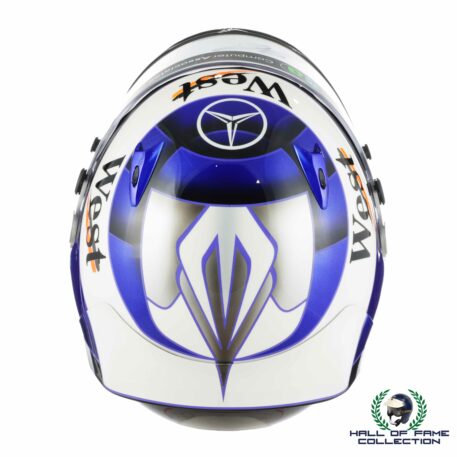 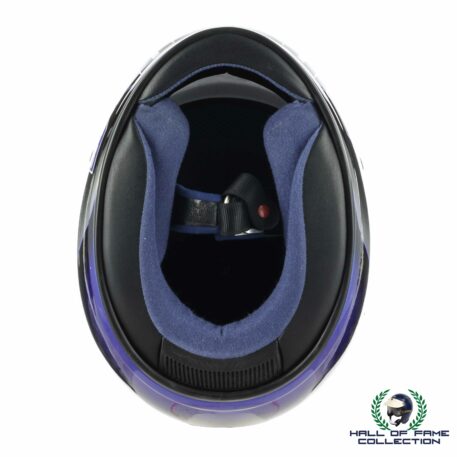 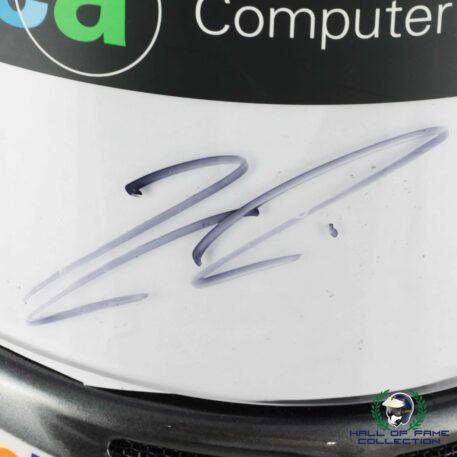 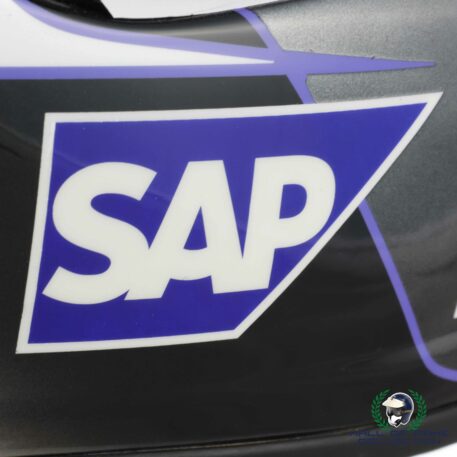 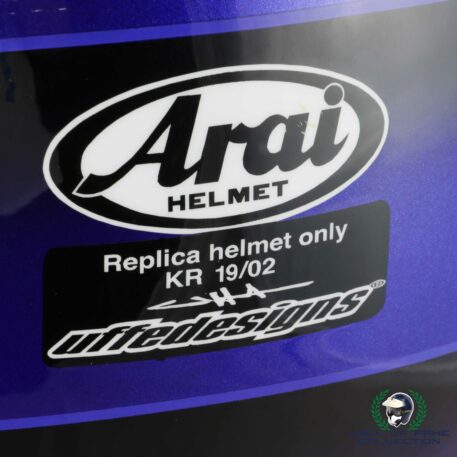 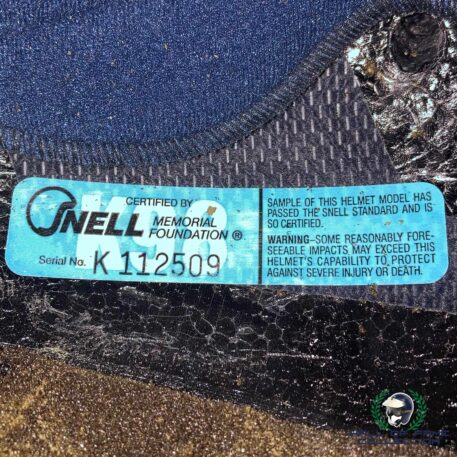 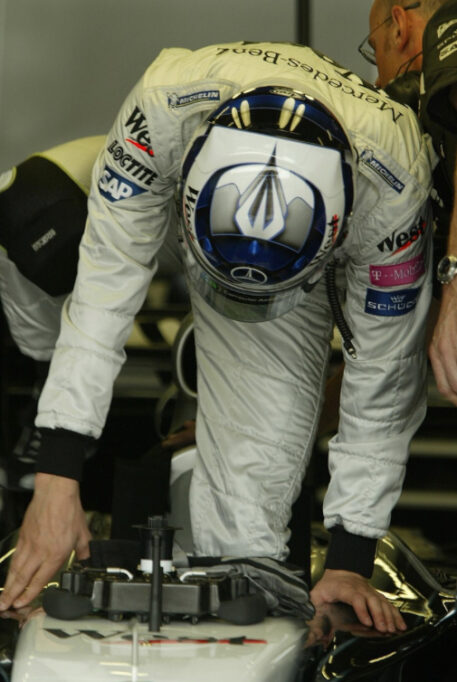 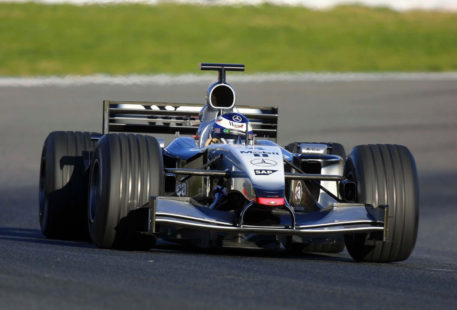 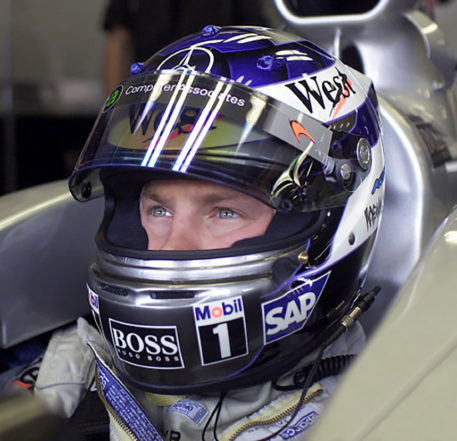 Fabulous limited edition Arai replica helmet. This is an exact reproduction of one that would have been used by Finnish driver Kimi Räikkönen during his first season with West McLaren Mercedes. The McLaren team suffered many engine failures in 2002. However Räikkönen still managed to score 24 points and four podiums, and was able to hold his own against teammate David Coulthard. He finished the season in sixth place, one place behind his teammate. Together they earned a solid third place for McLaren in the Constructors’ Championship. Räikkönen would go on to eventually win the F1 World Championship with Ferrari in 2007.

The helmet has a stunning airbrushed metallic blue, white and black/grey graphic design and was painted by Uffe Tagstrom, Räikkönen’s full-time helmet painter. Its blue crown carries Räikkönen’s ‘flying bird’ design that he has used on all of his helmets, as well as a Mercedes three-pointed star on the front. This was also the first season that Räikkönen’s ‘Iceman’ nickname appeared on his helmets. This can be seen under his name on the white panels on either side. The helmet also has major team sponsor West Tobacco logos in the white band around its top. Other sponsors/supplier’s branding logos (SAP, Mobil 1 and Boss) have been added to the metallic grey chin and cheeks. The visor has a Computer Associates/McLaren sun strip. There is a Uffe Designs sticker on the blue back that documents the helmet. The helmet is one of approximately 20 replicas that were produced by the team for sponsors gifts.

This helmet would be a stand-out addition to anyone’s collection and is priced far less than a race-worn version.

The visor is personally signed by Kimi Räikkönen and the helmet comes with a Certificate Of Authenticity.