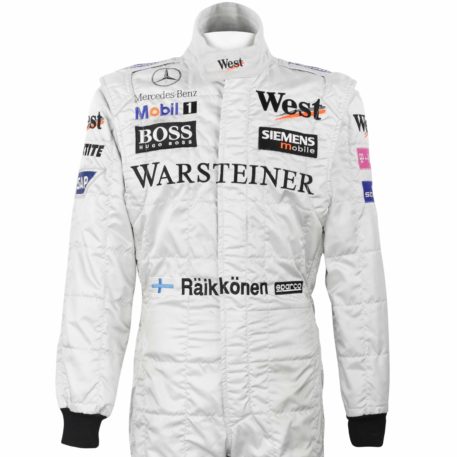 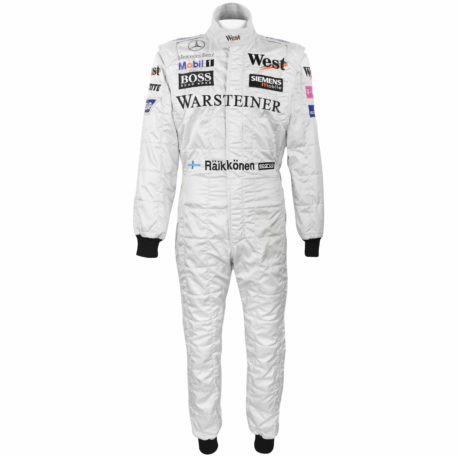 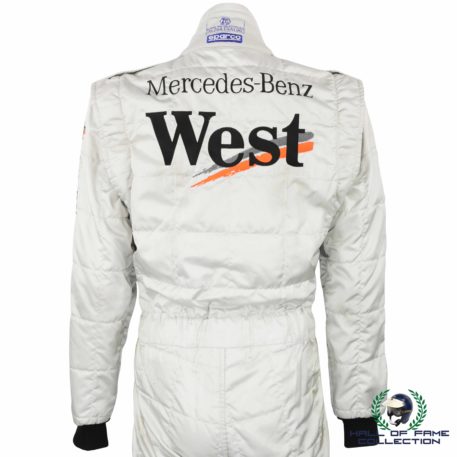 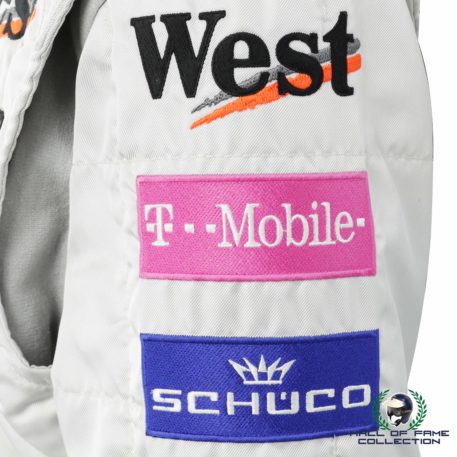 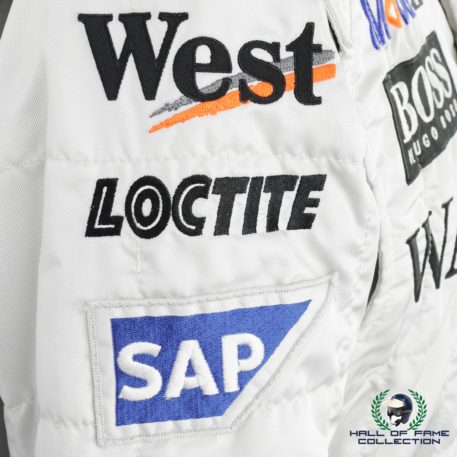 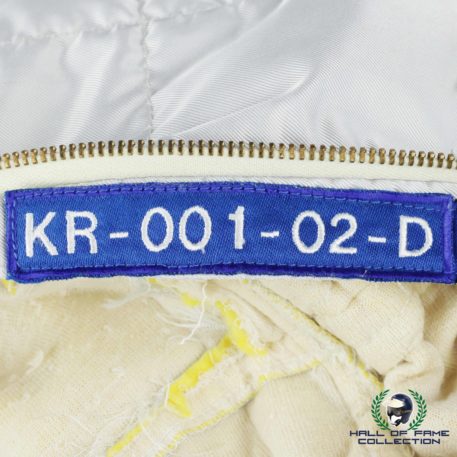 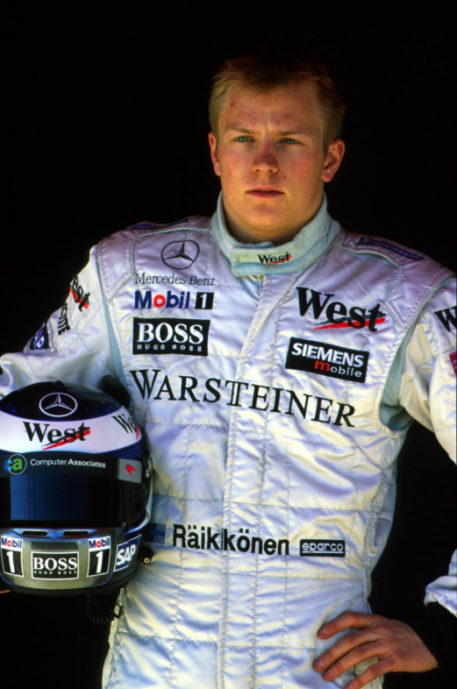 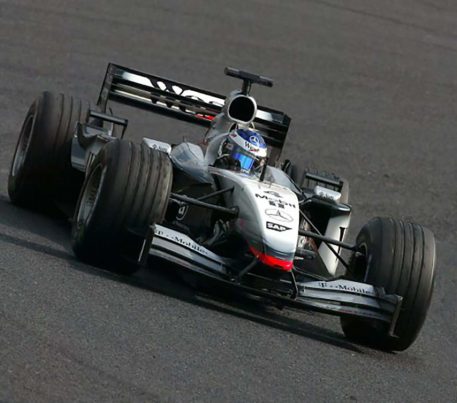 This fantastic looking Kimi Räikkönen McLaren Mercedes suit was worn by the Finnish driver in his first season with the team in 2002. Coming off an impressive 2001 “Rookie” campaign with Sauber, the Finn was quickly snapped up by McLaren for the following season to replace departing 2-time F1 Champion Mika Hakkinen. At the first Grand Prix of the year in Australia, he immediately picked up his first podium, and would go on to score 3 more podiums and an impressive 6th place finish in the Championship Drivers’ standings at season’s end.

The Italian made Sparco suit was one of the first suits made for Raikkonen to use in ’02 (suit code KR-001-02-D) and has also been photo-matched to Barcelona, Spain. This suit has many famous branding logos on it, including Hugo Boss, Mobil 1, Siemans, Warsteiner, Michelin, Mercedes and most notably the tobacco sponsorship of West. Räikkönen’s name and Finnish national flag are embroidered onto the waist area.