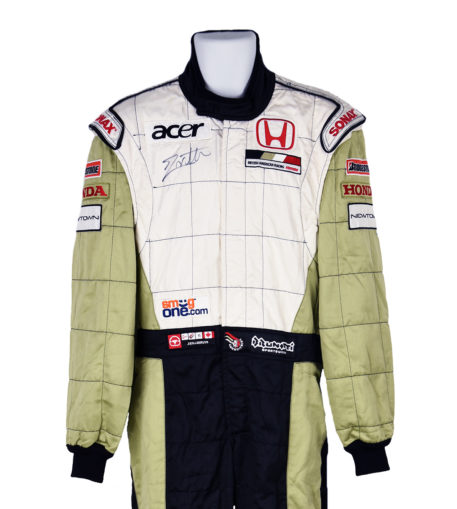 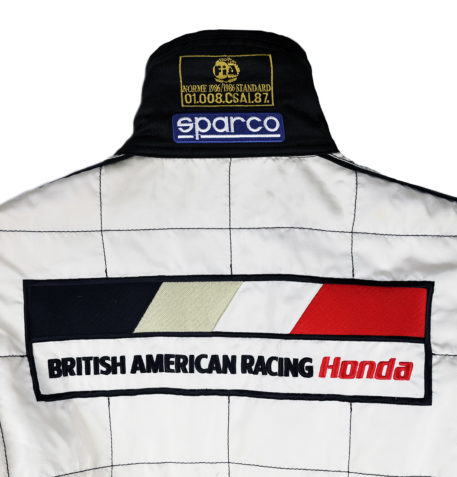 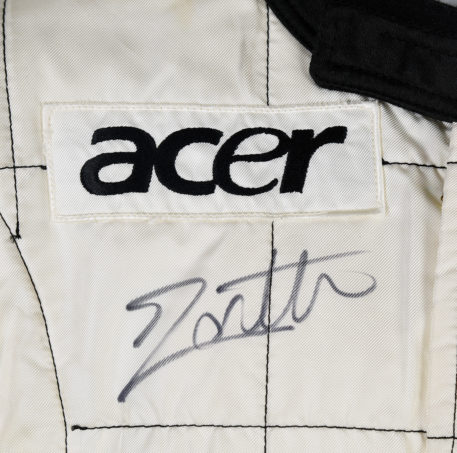 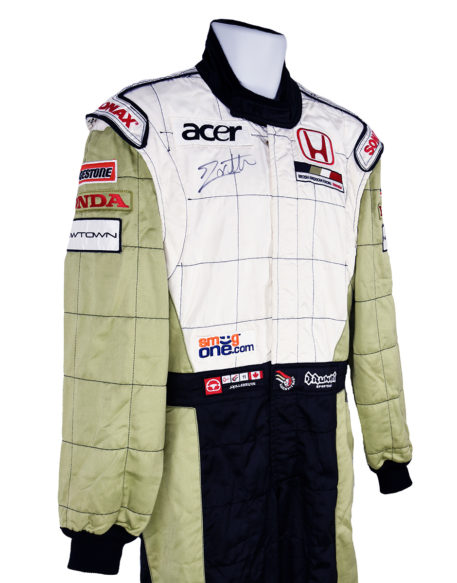 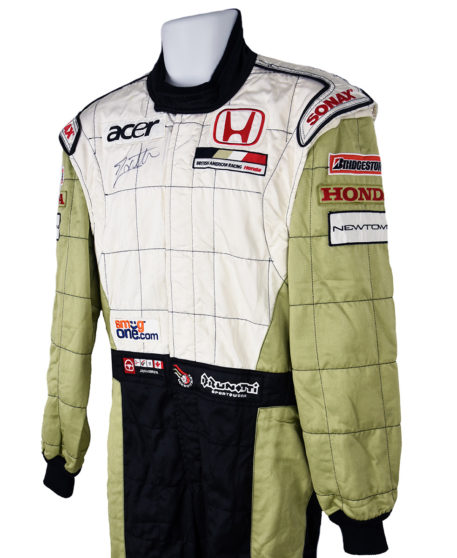 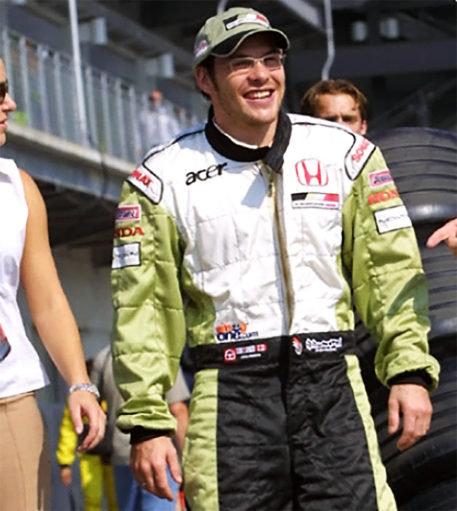 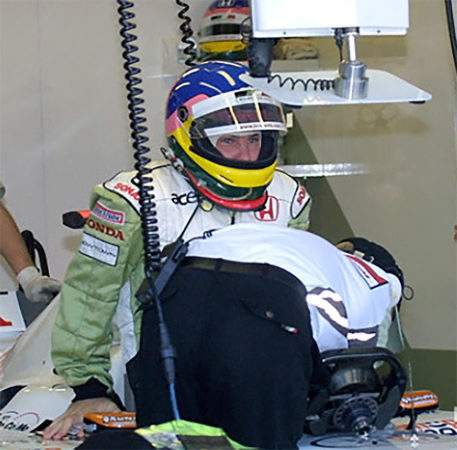 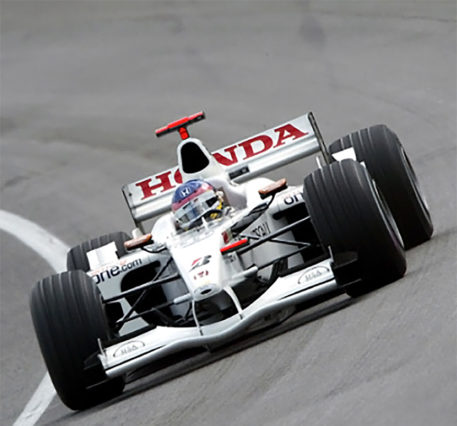 This Brunotti Sportswear race suit was one used by IndyCar and Formula 1 Champion Jacques Villeneuve. The popular Canadian driver used this suit during the running of the 2002 United States Grand Prix held at the prestigious Indianapolis Motor speedway. This was the only event of the season Villeneuve’s British American Racing team did not use their main sponsor ‘Lucky Strike’ cigarettes or substitute logos on the team equipment. Villeneuve finished in a points-scoring sixth place for the race.

The suit is in the olive, black and white colors of the British American Racing team. As aforementioned, there are no motives on the midriff or legs as they would have been of all other events during the season. On the back of the suit is a large British American Racing team patch. A small version of this is to the left chest along with engine supplier Honda logo. The right chest has Acer Computers lettering patch and a Smug.com patch is stitched above the waist belt on the right side. Both arms have Honda, Newtown, and Bridgestone patches applied The waist belt has Villeneuve’s suit I.D. label stitched to it. Jacques Villeneuve has personally signed the suit in black marker pen to the right chest and it will be accompanied with a full Certificate of Authenticity.