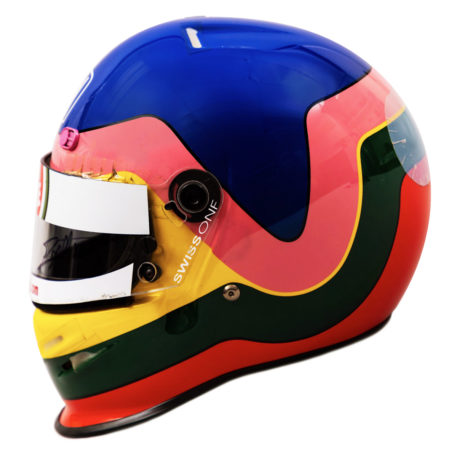 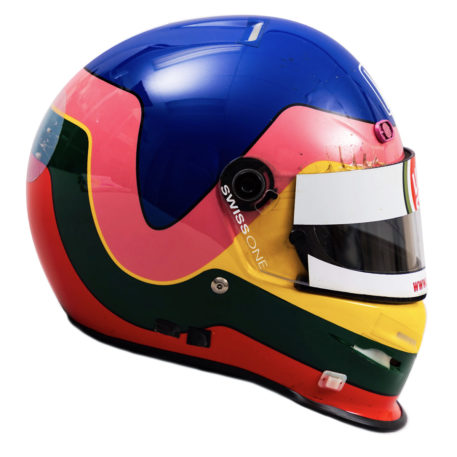 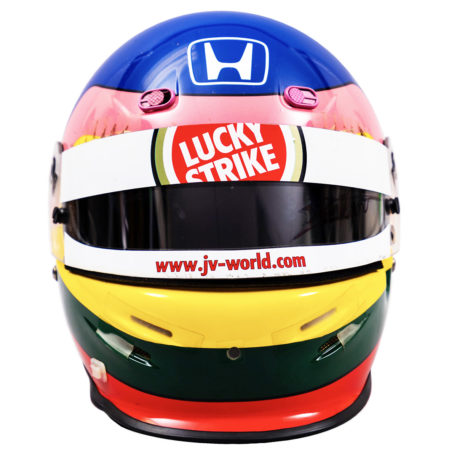 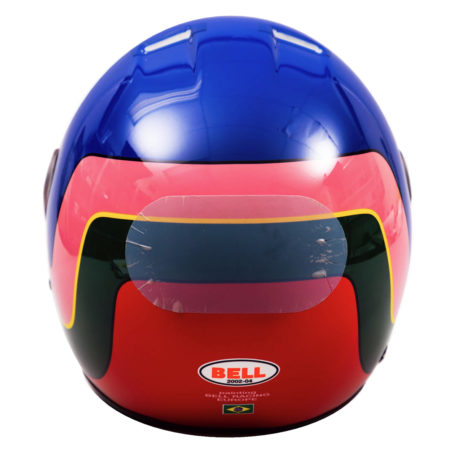 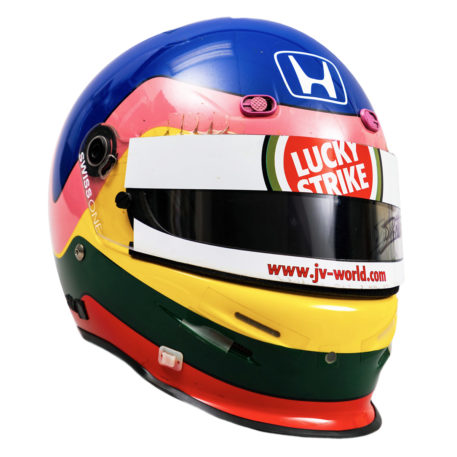 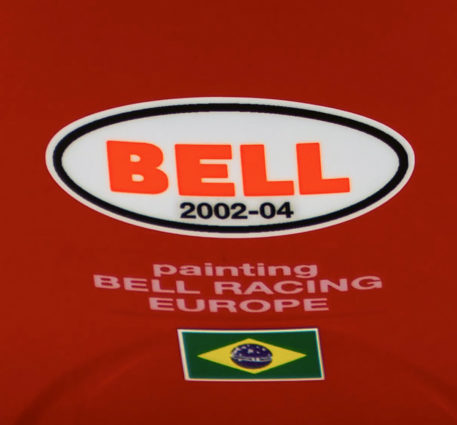 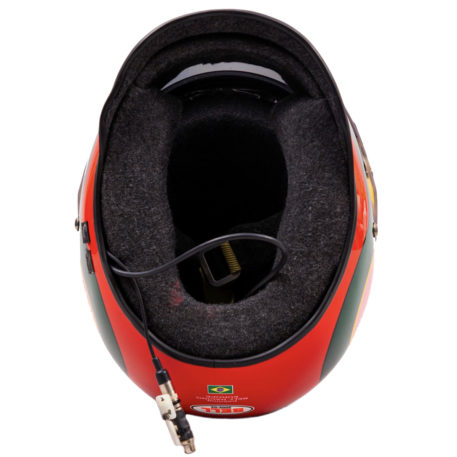 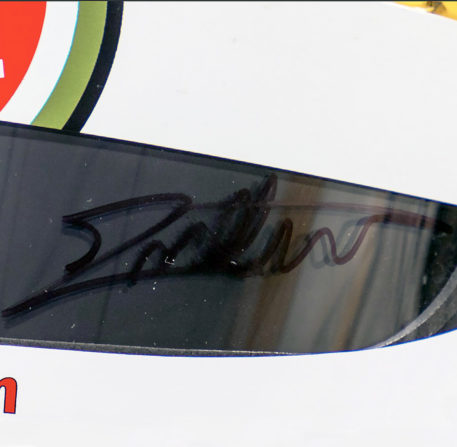 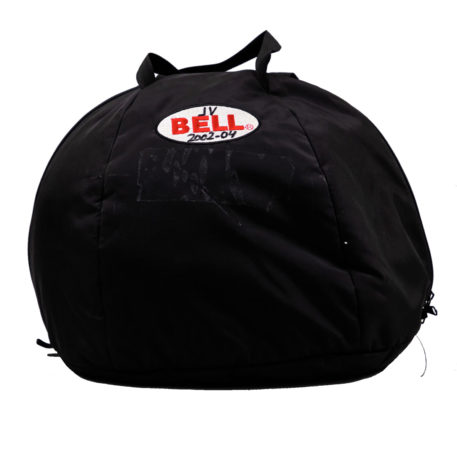 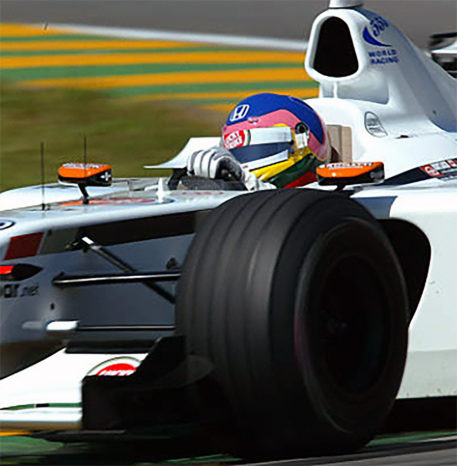 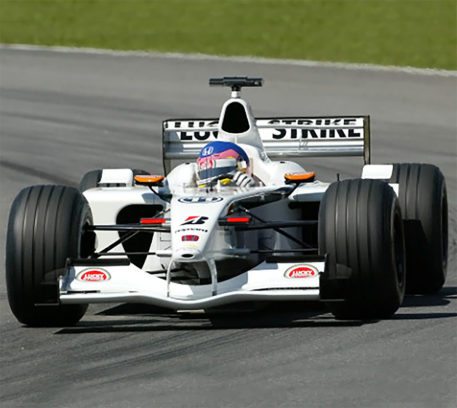 This Bell K1 helmet was race-worn by Jacques Villeneuve. The popular Canadian driver used this helmet during the Brazilian GP at the Autodromo Jose Carlos Pace in Sao Paulo, Brazil in 2002 while driving for the Lucky Strike BAR Honda Racing team.

The sharp-looking helmet was painted by Bell Europe and has Villeneuve’s iconic red, blue, yellow, and pink ‘V’design which he wore throughout his career. It has a Bell Racing Europe I.D. sticker on the back which is dated 2002 and has helmet #04. A Brazilian flag decal has also been added to signify this helmet was the one used during the 2002 Brazilian Grand Prix. All of the helmet’s vents have been heli taped-off, extra foam has been added to the eye-port and the drink tube hole has been drilled out and taped-off. Some tape has also been added to the upper eye-port which extends out onto the top front of the helmet. The helmet’s radio is still installed. The helmet shows wear and has track dirt and grime built up on the leading edge of the tape. The visor bears Lucky Strike (top) and J.V. World.com (bottom) sun strips. It has also been personally signed by Jacques Villeneuve in black marker pen. It comes in the original Bell carrying bag with “J.V. 2002-04” handwritten annotations.

This item comes directly from Jacques Villeneuve’s personal collection comes with a full Certificate Of Authenticity.