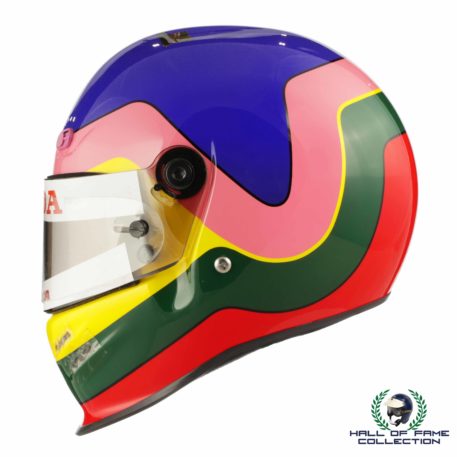 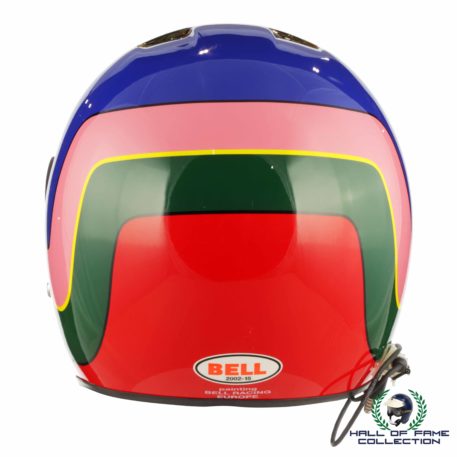 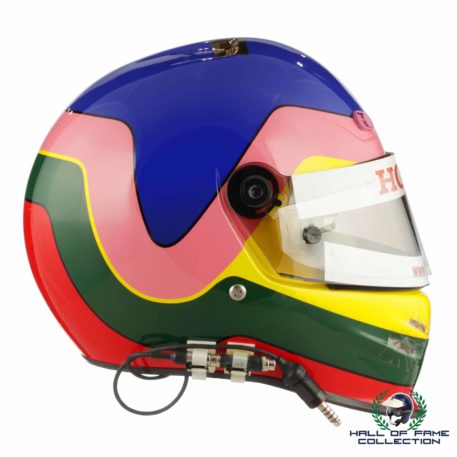 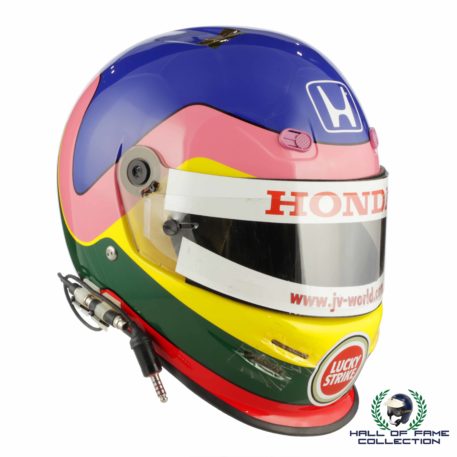 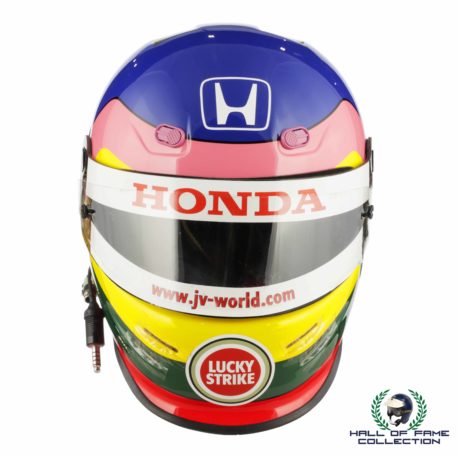 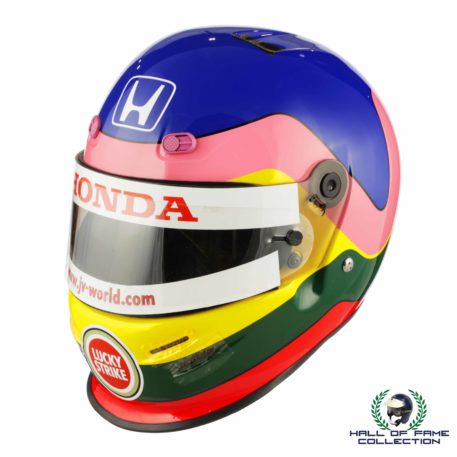 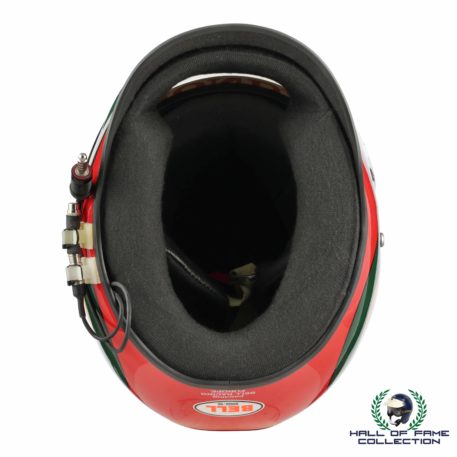 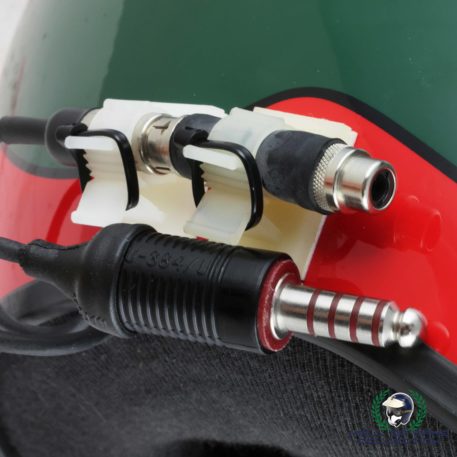 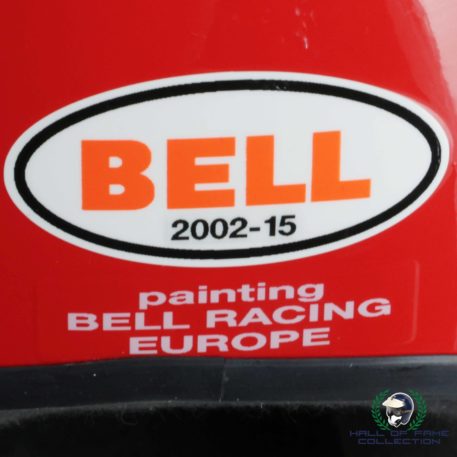 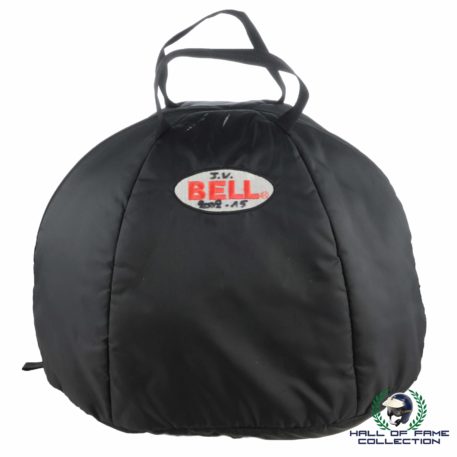 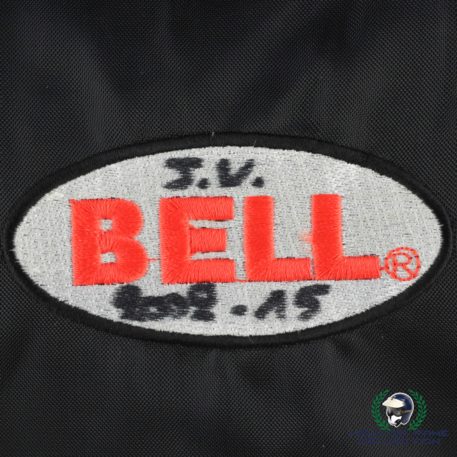 Bell K1 helmet used by Jacques Villeneuve towards the end of the 2002 season and then updated with 2003 decals and visor strips to be used during testing in preparation for the following season. This would be his last season with the BAR team, before joining the Mild Seven Renault F1 team in 2004. Previously Villeneuve was the PPG IndyCar World Series Champion in 1995 while driving for Team Green before joining Formula 1 in 1996 with the Rothmans Williams Renault team.

This helmet comes just at it was last used by Villeneuve, with radio still attached, The visor still has an unused tear-off attached, taped-off air vents and extra foam around the eye port. The helmet comes with its original Bell helmet bag which is marked JV 2002-15.

This race-used helmet is a fantastic collectable from the 1997 F1 World Champion and comes directly from his personal collection.

This visor comes with a Certificate Of Authenticity