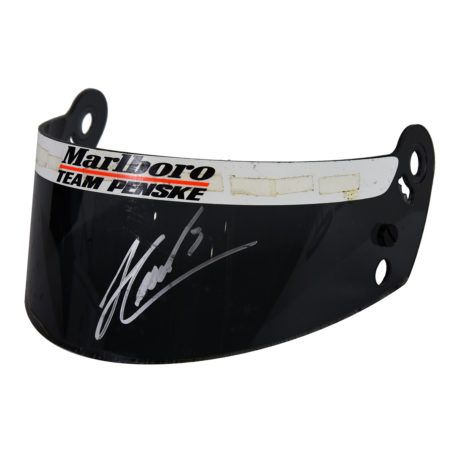 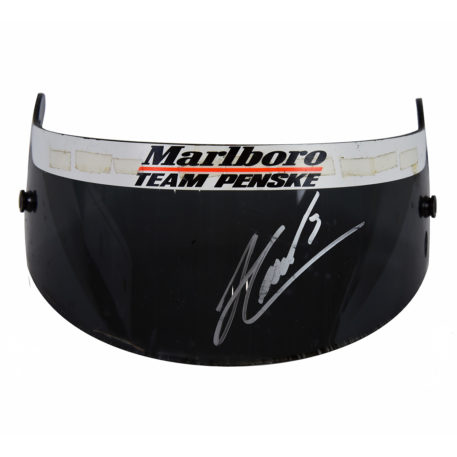 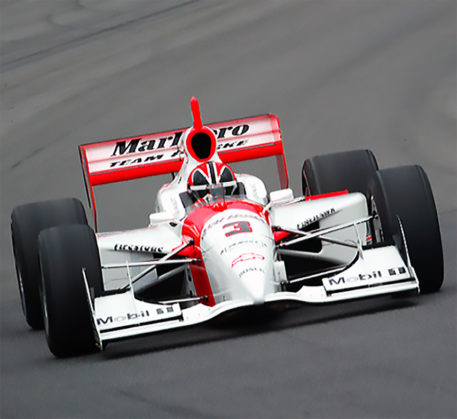 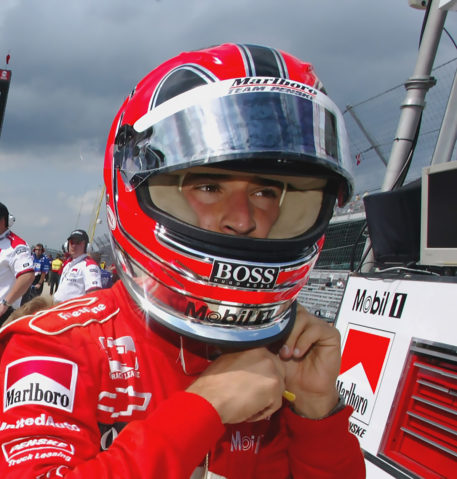 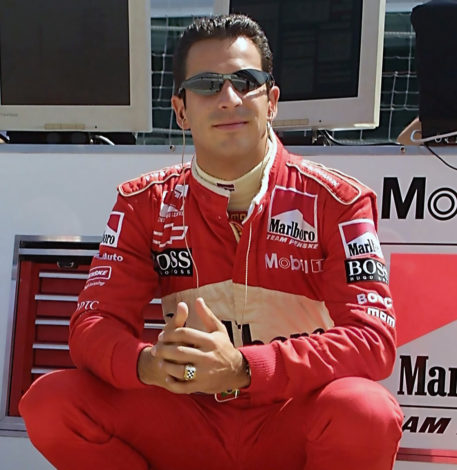 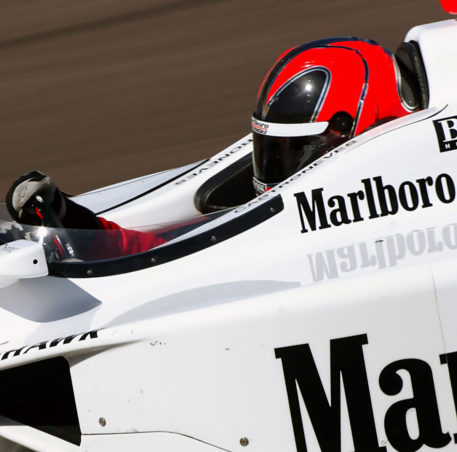 Bell race helmet visor used by IndyCar star Hélio Castroneves. The very popular Brazilian driver used this visor while driving for Team Penske during the team’s first full season in the IRL (Indy Racing League) Series in 2002. Castroneves had two victories during the season, one at Phoenix and his second in a contested win at the Indianapolis 500, which was filled with controversy. He also recorded many other podium finishes which saw him end the season as the runner-up in the IRL Championship.

The finish to the 2002 Indy 500, as mentioned above, was one of the most controversial in history as Paul Tracy passed Castroneves for the lead just as a yellow caution was shown for an unrelated crash ending the race. Race officials would rule that the pass occurred after the yellow, with many still in disagreement to this day.

The dark-tinted visor has a Marlboro Team Penske sun strip that doesn’t have any added engine suppliers’ logos, the only season this occurred. It also has its tear-off tape still applied.

Hélio Castroneves has personally signed the visor in silver marker pen and it comes with a full Certificate Of Authenticity.

A great opportunity to acquire a race-used item from the three-time winner of the Indy 500.