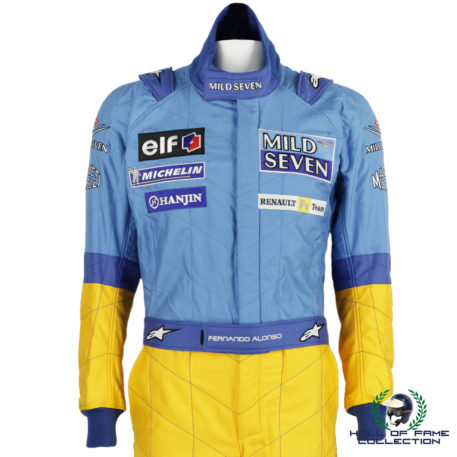 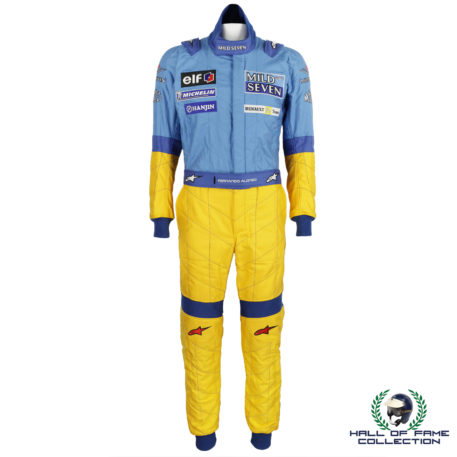 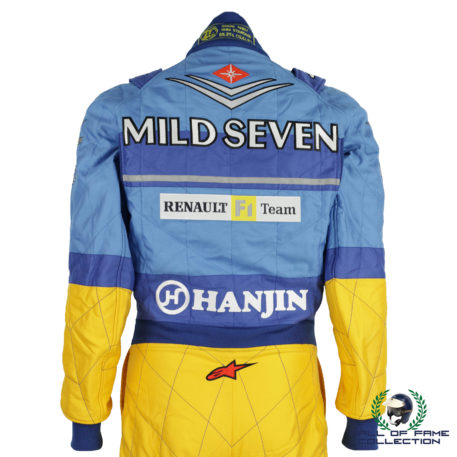 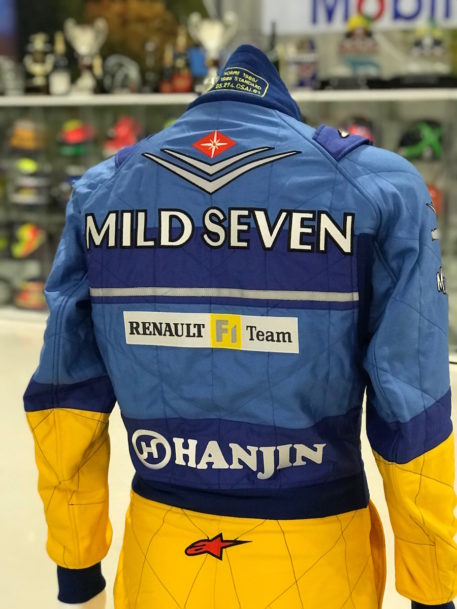 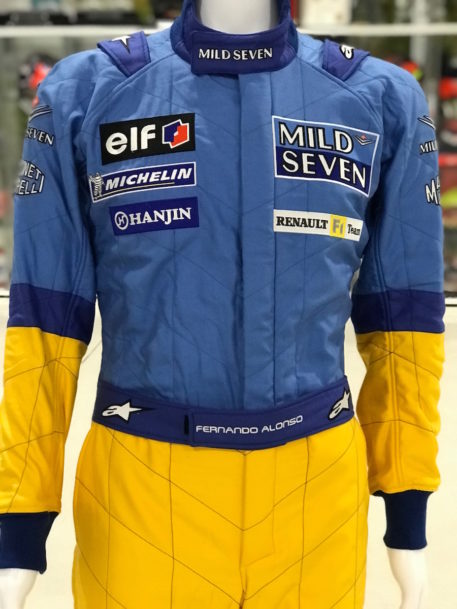 This beautiful Alpinestars suit is one of the first suits worn by Spanish racing driver Fernando Alonso when he joined the Renault Team as a test driver in 2002. This same team/driver combo would go on to great success with Alonso and Renault winning back-to-back Driver and Constructors World Championship titles in 2005 and 2006.

As mentioned above, Alonso signed as Renault’s test driver for 2002 per the orders of manager Flavio Briatore to familiarise himself with the team and improve himself for the future. Alonso worked with the engineering department to improve Giancarlo Fisichella’s and Jenson Button’s performance, and tested in Spain and in the UK. Alonso was promoted to the Renault race team for 2003.

Fernando Alonso is currently racing for the Alpine team in Formula One, having also driven for McLaren, Ferrari and Minardi. With Toyota, Alonso won the 24 Hours of Le Mans twice, in 2018 and 2019, and the FIA World Endurance Championship in 2018–19. In 2019, he won the 24 Hours of Daytona with Wayne Taylor Racing.

This suit comes with a Certificate of Authenticity.