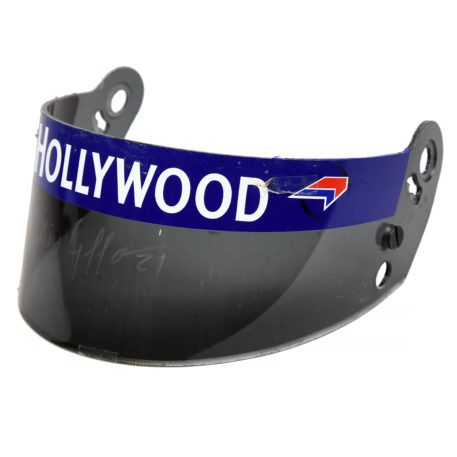 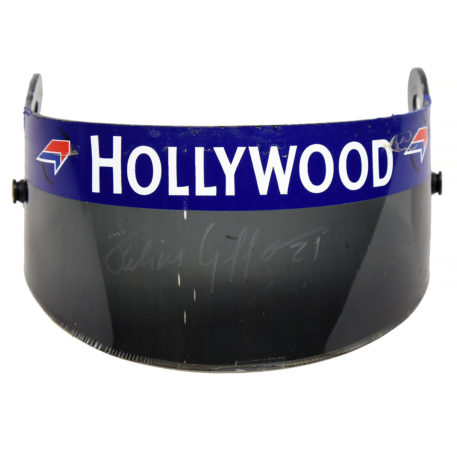 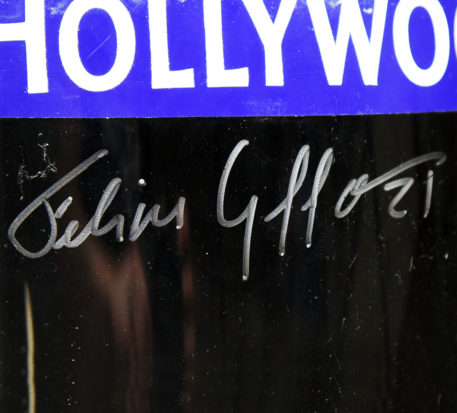 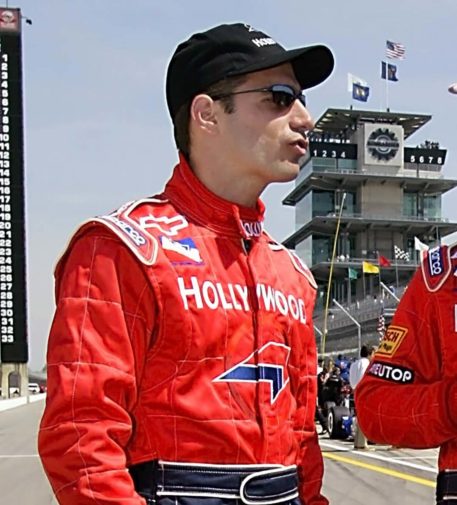 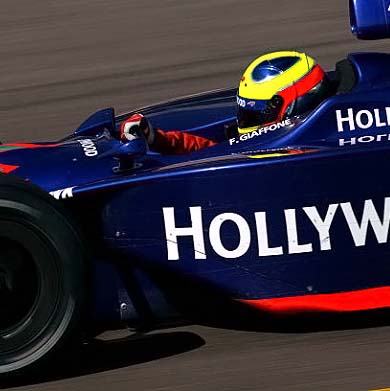 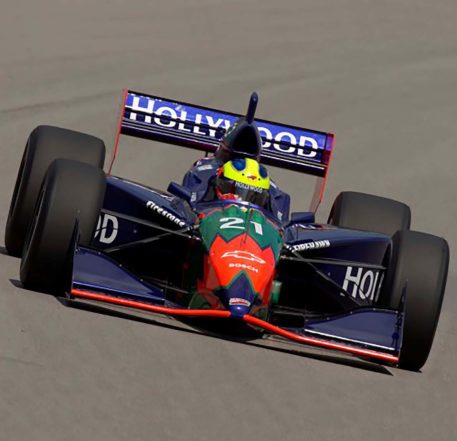 Race-used helmet visor worn by Brazilian driver Felipe Giaffone during the 2002 Indy Racing League season while Giaffone was in his first season with Mo Nunn Racing. During a solid season Giaffone recorded his one and only win in IndyCar as well as scoring four other podium finishes, which saw him finish fourth in the Championship.

The dark-tinted visor has a team sponsor Hollywood sun strip. It has been personally signed by Felipe Giaffone who has added his race #21 in silver marker pen.