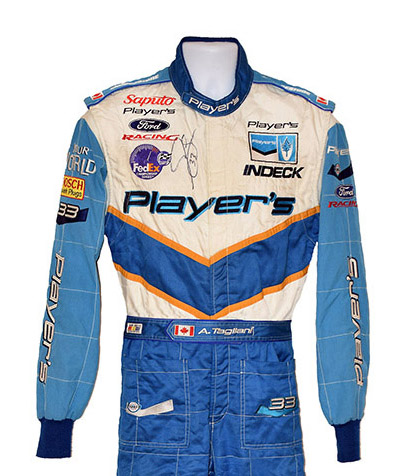 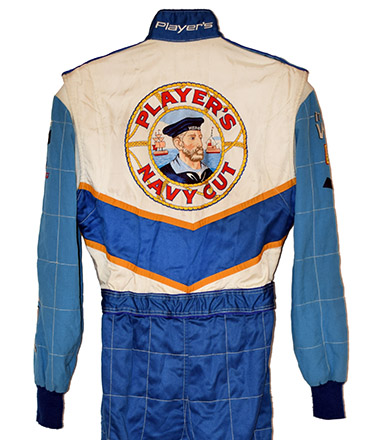 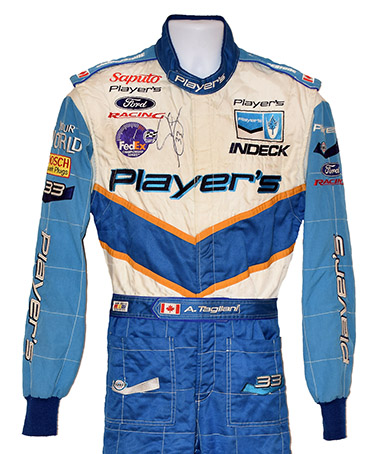 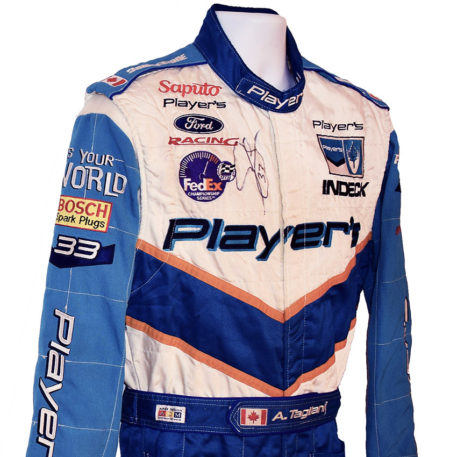 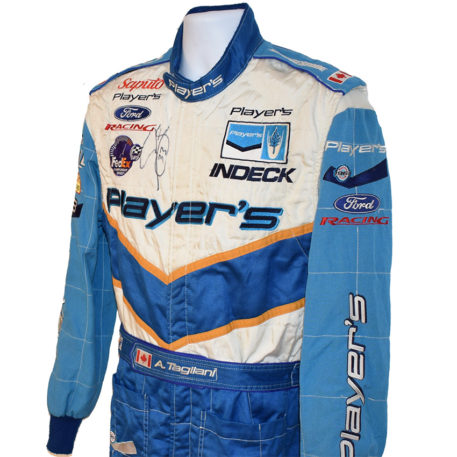 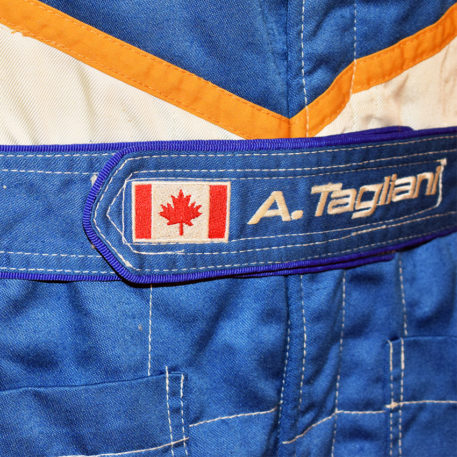 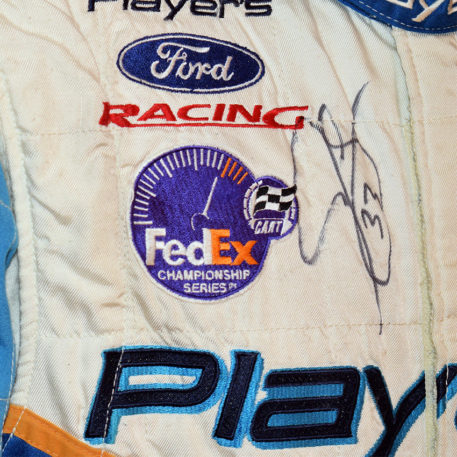 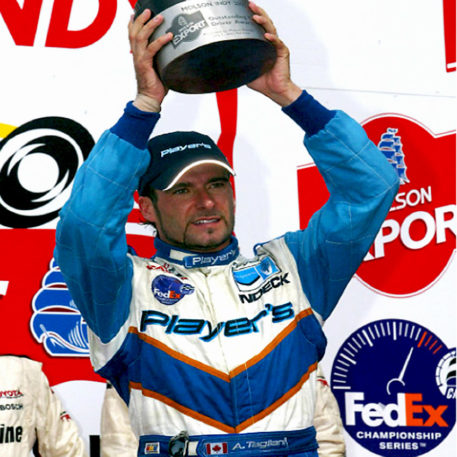 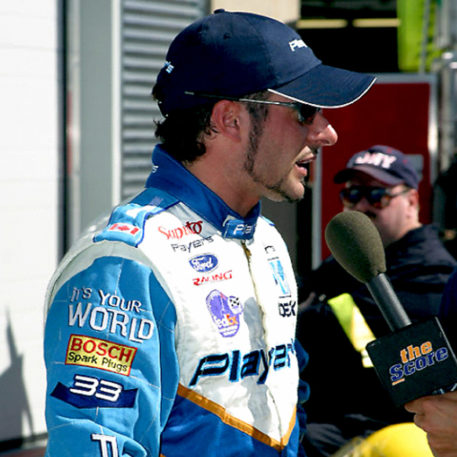 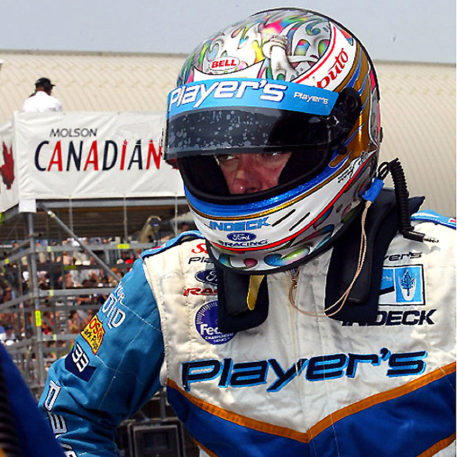 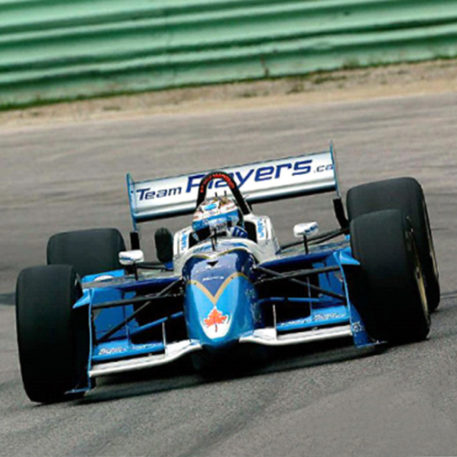 A suit worn by Canadian driver Alex Tagliani, worn during the 2002 CART IndyCar series. Used while he piloted a Ford Powered Reynard 02i for the Players Forsythe Racing team. This was Tagliani’s third, final and most successful season driving for the team. He had five top five finishes including two podiums.

This suit would have been used at just a couple of the events in the 2002 season (likely at the Canadian races), as patch placing on the suit signifies this. The Indeck and FedEX logos are on opposite sides of the chest from other suits used this season. Also for a lot of the other races in the season, the team were unable to use the ‘Players’ tobacco branding due to the advertising ban.

Suit is in the familiar Players Forsythe colors, dark blue legs with light blue arms and a white torso. It has a dark blue chevron edged in yellow to both the front and back. It has full ‘Players’ lettering (to the front) and the Players ‘Hero Sailor’ (to the back) embroidered onto the suit. Other sponsor/suppliers logos are applied to both arms and Tagliani’s name and Canadian flag to the belt.

Suit has been personally signed by Alex Tagliani and comes with a full Certificate of Authenticity.