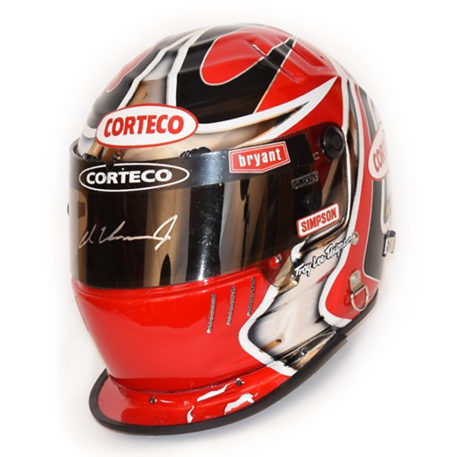 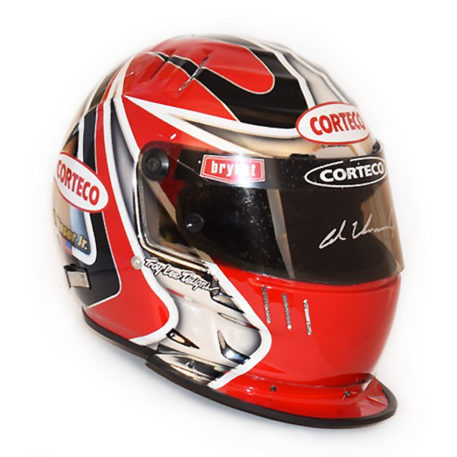 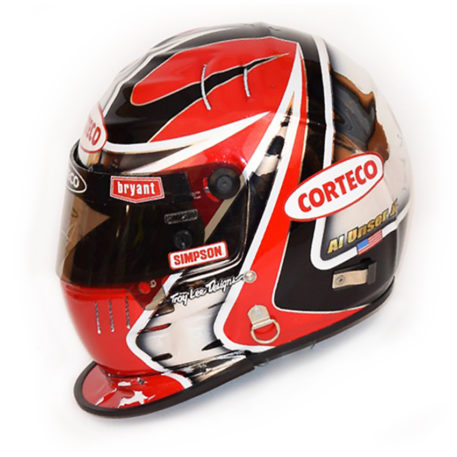 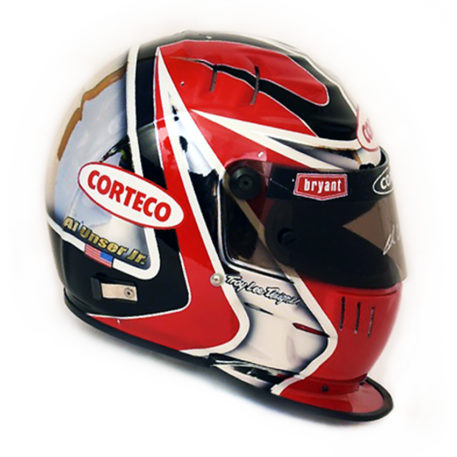 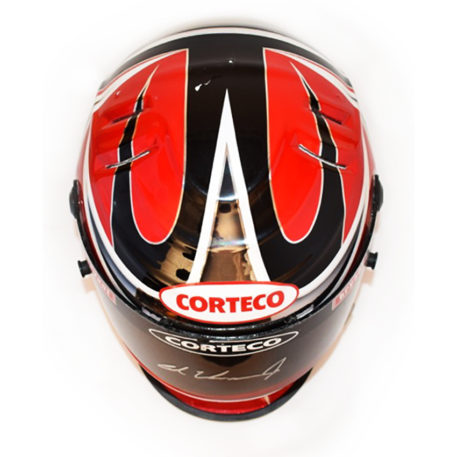 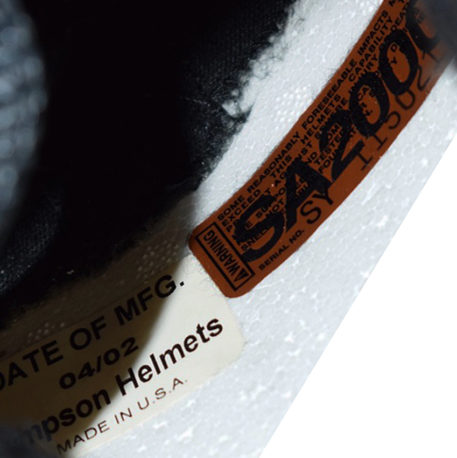 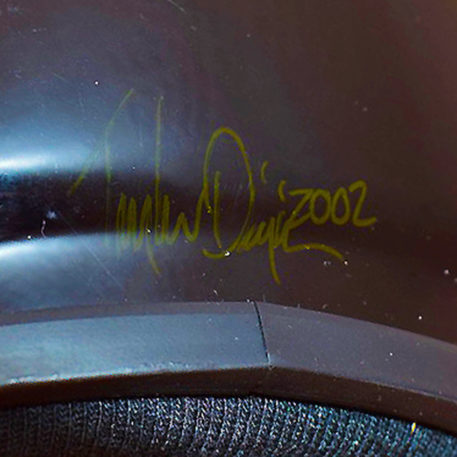 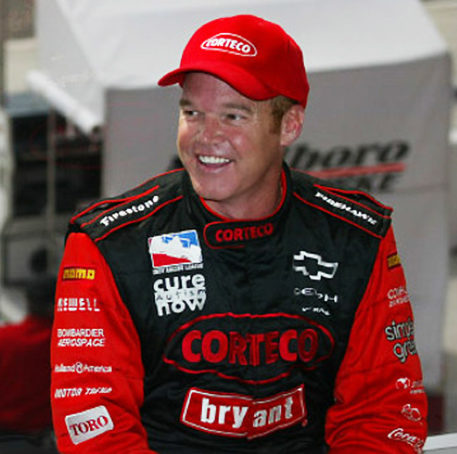 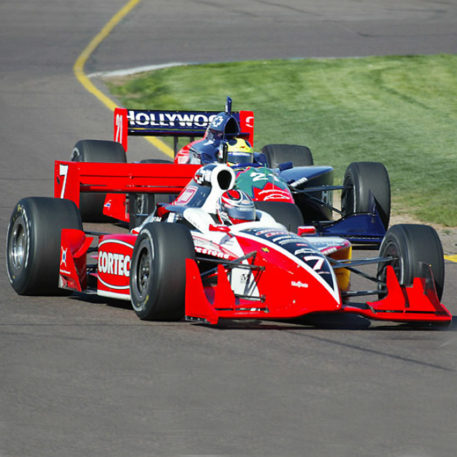 Simpson helmet used by Al Unser Jr. during the 2002 Indy Racing League Championship Series. Driving for Kelly Racing, Unser Jr. had four top five finishes during the 2002 season including being involved in the closest finish in IndyCar to date at Chicagoland Speedway during the Delphi Indy 300. Where he finished second by 0.0024 of a second behind Sam Hornish Jr.

‘Little Al’ is the son of Al Unser senior and is two times CART Champion and a two times Indy 500 Winner.

Great looking Troy Lee designed paintwork which features a black, white and chrome graphic design on a red base color. Has major team sponsors Corteco decals applied on the helmet and Corteco/Bryant decals to the visor.

Helmet has also been personally signed by Al Unser Jr. and comes with a full Certificate of Authenticity.