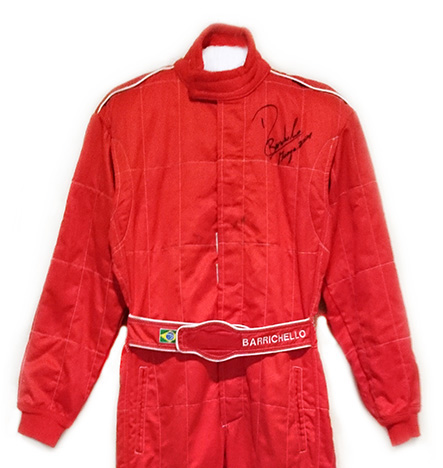 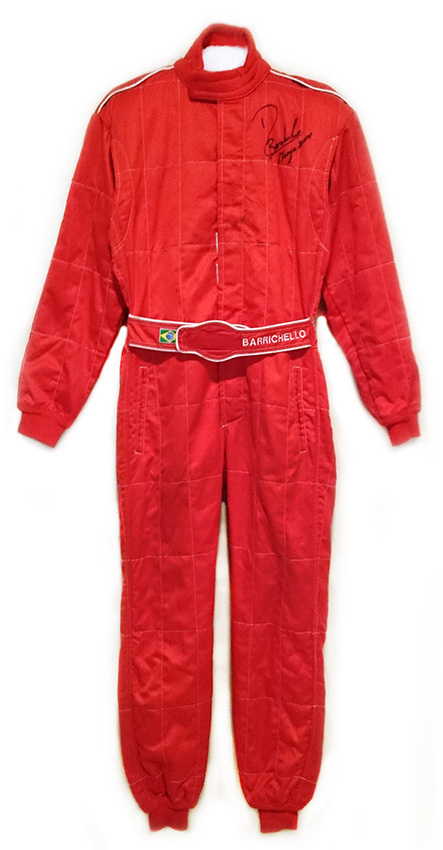 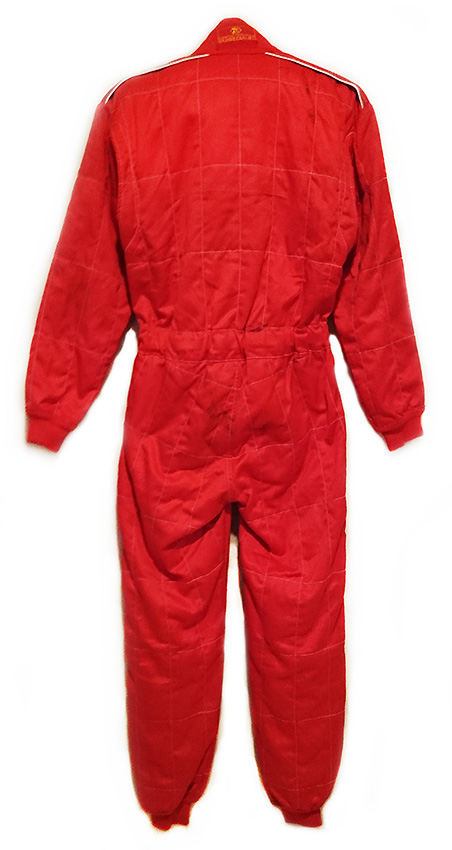 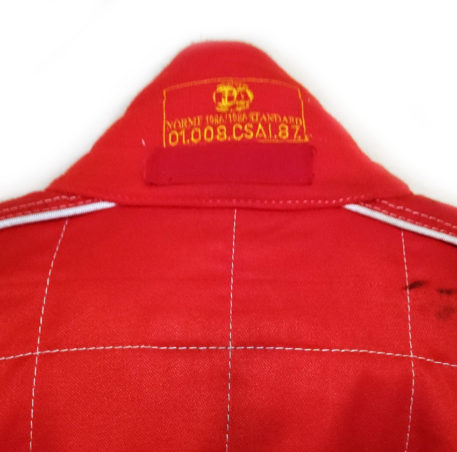 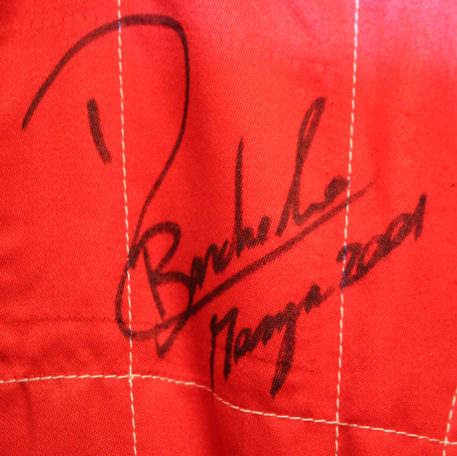 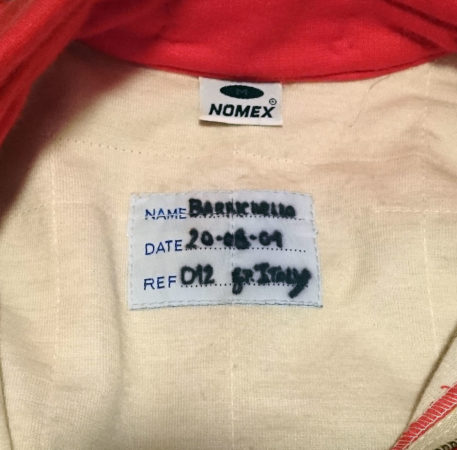 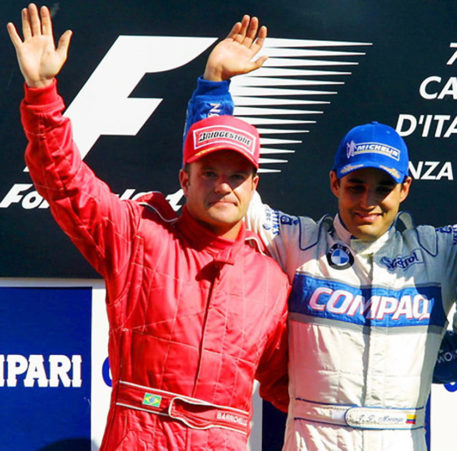 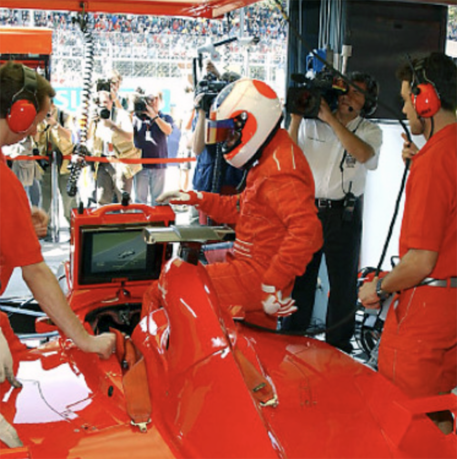 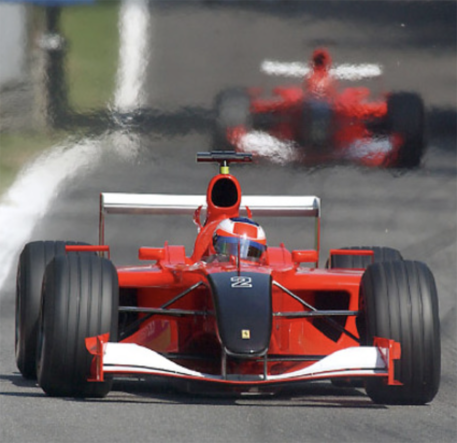 Following the tragedy of Sept 11th, 2001 in the USA, six days later the Italian Grand Prix in Monza was the next event on the Formula One World Championship calendar. After the F.I.A. announced that the Grand Prix would go ahead as scheduled, Ferrari decided their cars would have black noses and not have any sponsors markings. And their drivers would only wear plain race suits, gloves and helmets as a mark of respect to the lives lost in the tragic event. This was one of two suits used that weekend by Rubens Barrichello, who finished in second place behind Juan Montoya in the Williams. Rubens personally signed this suit and it was subsequently donated for a charity event where it eventually made it’s way into a private collection until we were able to acquire it.

We also have many other Rubens Barrichello items in our inventory so please check our other listings.