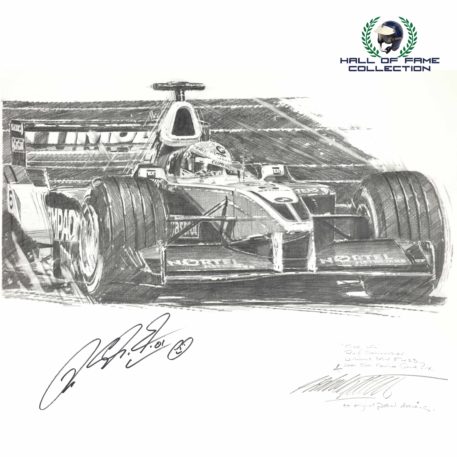 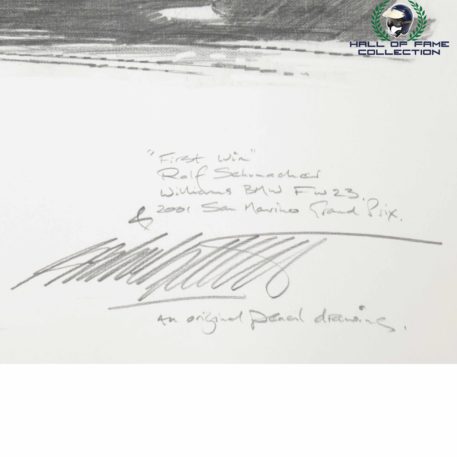 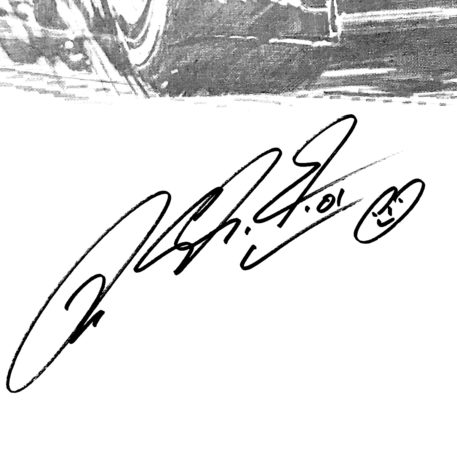 Fabulous Nicolas Watts original pencil drawing on heavy stock art paper produced to commemorate Ralf Schumacher’s first Formula One win in 2001 at the San Marino Grand Prix in Italy.  Driving a BMW-powered Williams FW23 car Schumacher would qualify third and beat the McLarens at the start of the race, holding them off till the end for the victory. Ralf Schumacher’s win meant that two brothers had each won a race for the first time in F1 history. It was also the first victory for BMW since joining the Williams team as an engine supplier.

The work has Schumacher’s Williams beautifully depicted at speed, with the fine detail in the work capturing the action perfectly. The work is also personally signed by both Ralf Schumacher and Nicolas Watts, with Watts adding a race documentation note to the bottom left corner.