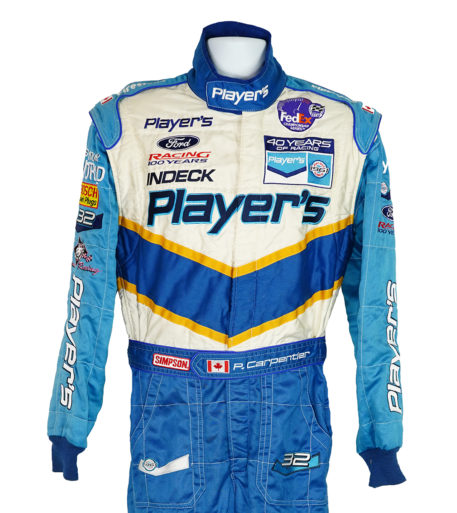 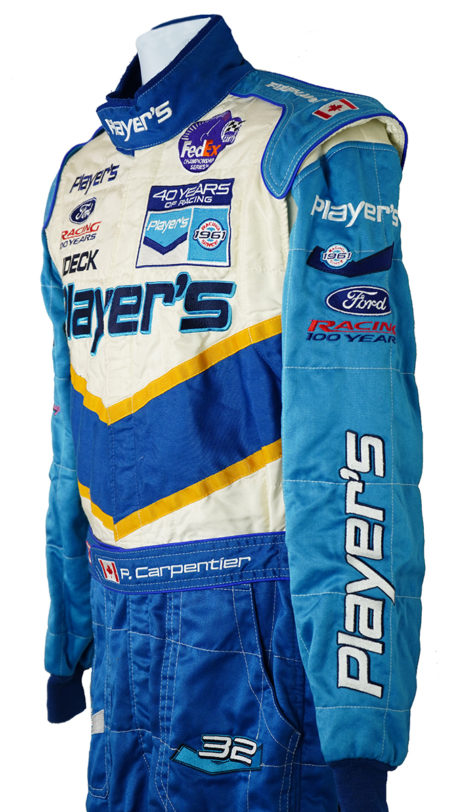 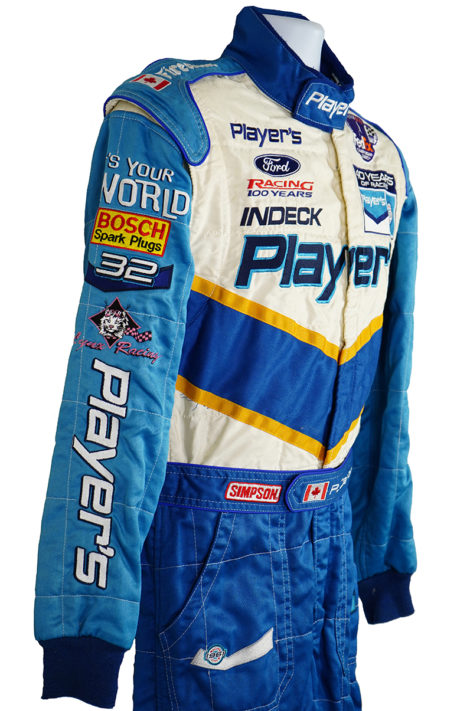 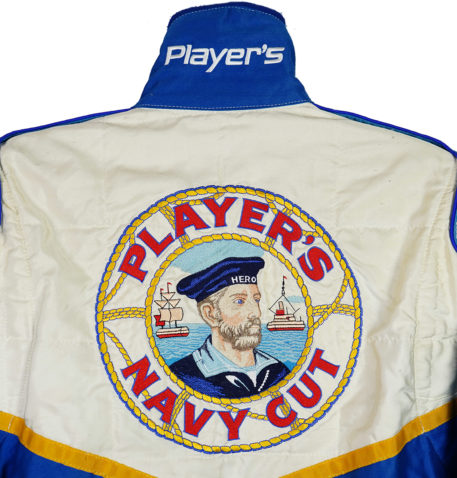 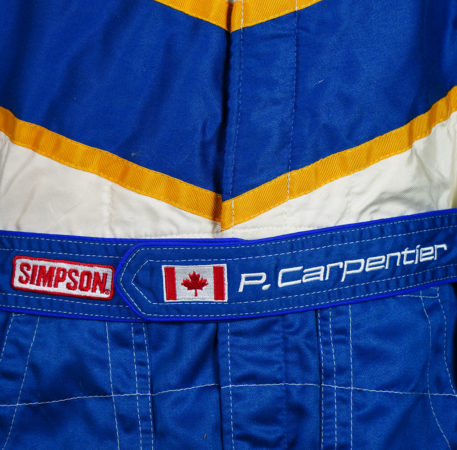 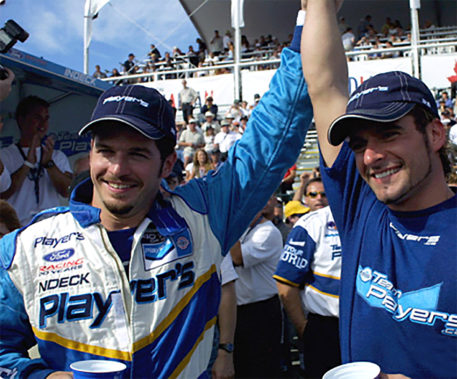 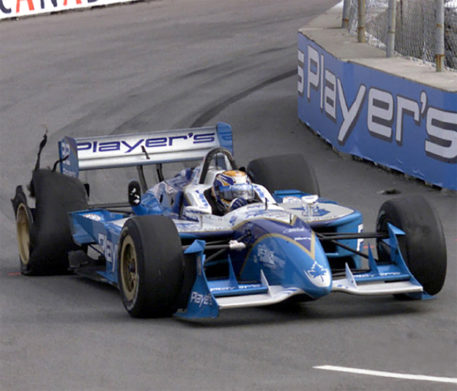 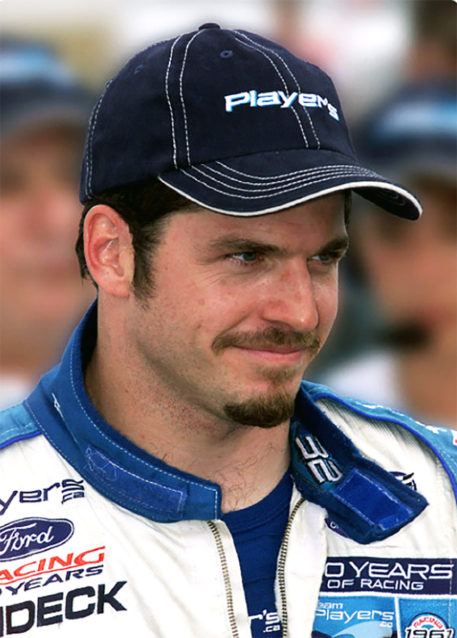 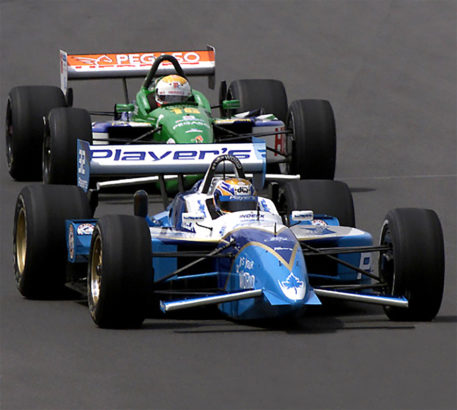 Player’s Forsythe racing suit worn by Canadian driver Patrick Carpentier. The suit was race-used during the 2001 CART IndyCar Series season. It is one of only two or three suits made available for Carpentier to use at the five events, of the twenty-one races on the schedule, that allowed full tobacco advertising on cars and equipment. These would include both races in Canada, Toronto and Vancouver, Monterrey, Mexico, Motegi, Japan, and Surfers Paradise, Australia, making it a rare item.

The Simpson suit comes in the dark blue, light blue and white colors of the Player’s Forsythe Racing team. The white torso has dark blue chevron bands on the back and front that are edged with yellow braid. Player’s Tobacco lettering is prominently displayed on the suit chest, arms and neck. On the back is the Player’s ‘Navy Cut’ Sailor branding logo embroidered to the suit. Carpentier’s name and national flag are on the waist belt and his race #32 is on the left leg.