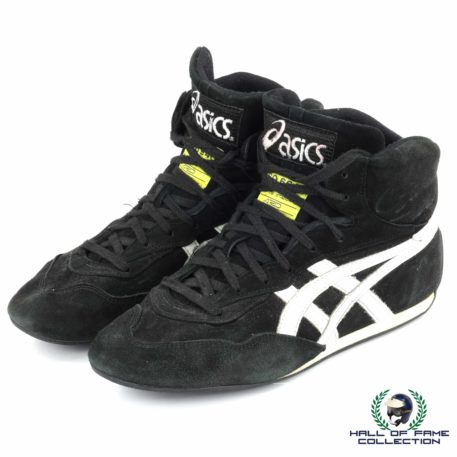 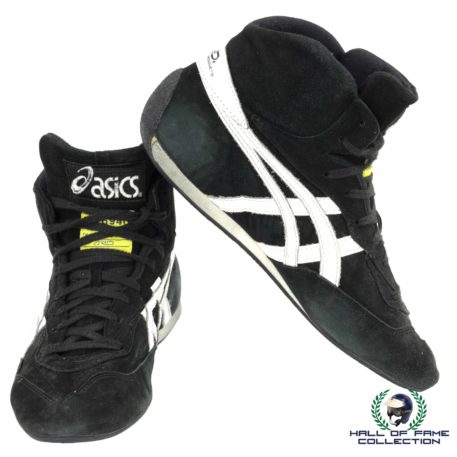 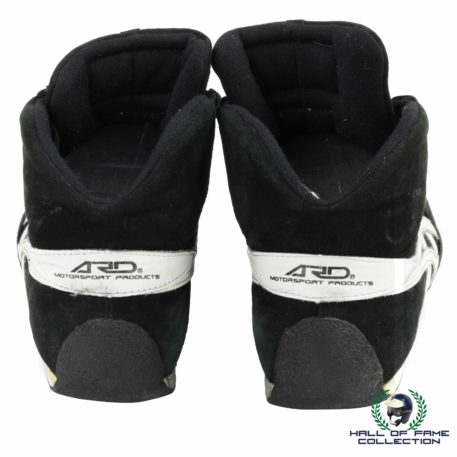 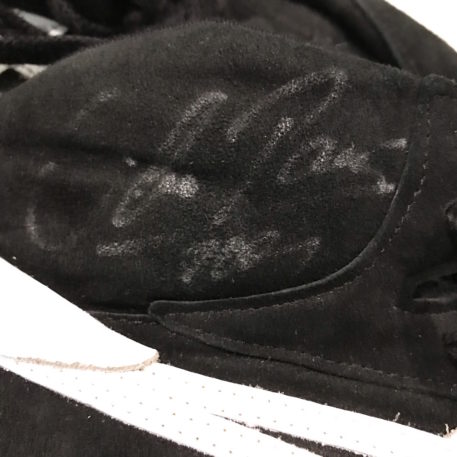 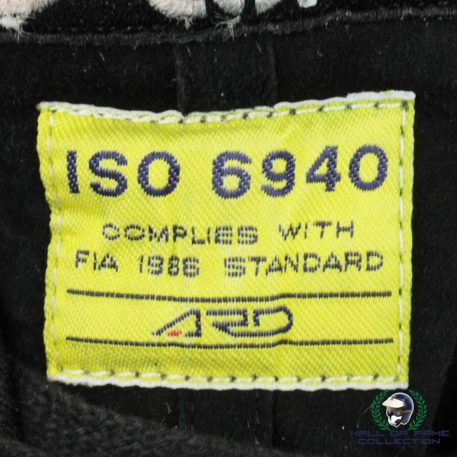 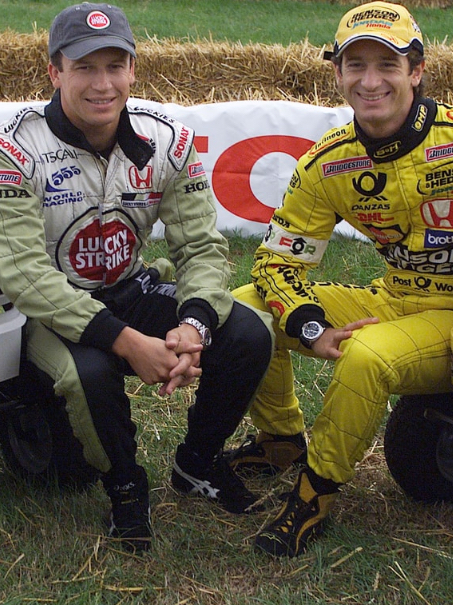 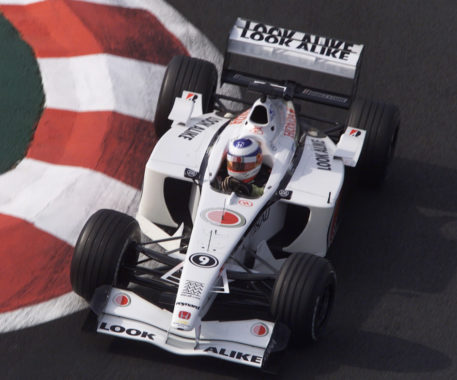 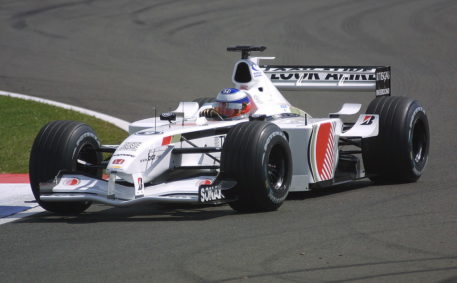 Race-used boots worn by Olivier Panis during the 2001 F1 season while driving the BAR 003 car for Lucky Strike BAR Honda. The Frenchman was best known for winning the wild 1996 Monaco GP in the wet. The race saw him start from 14th on the grid, executing some brilliant overtakes on Hakkinen, Herbert, Brundle and Irvine along the way, while making his way up to third place. The two cars in front of him would have mechanical issues, with Panis inheriting the lead as a result. But he had to fight off a hard-charging Coulthard (who was a bit of a Monaco specialist himself) to eventually take the win.

These black Asics boots are signed in silver marker pen by Panis.