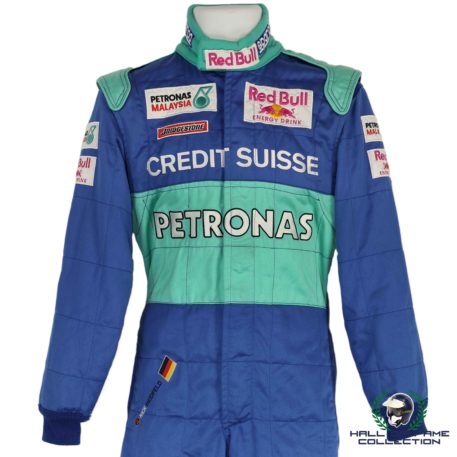 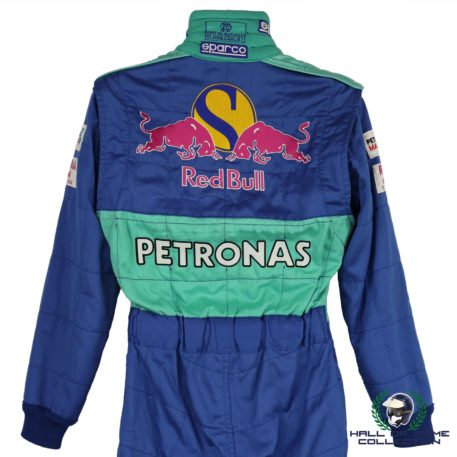 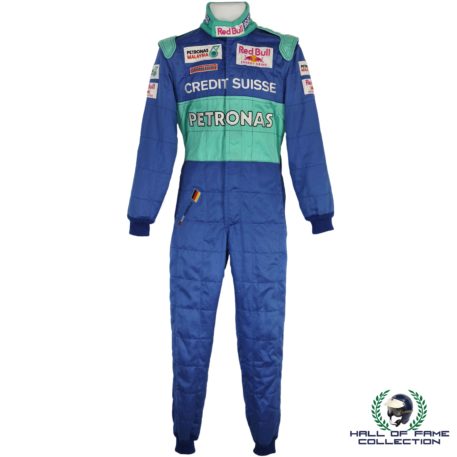 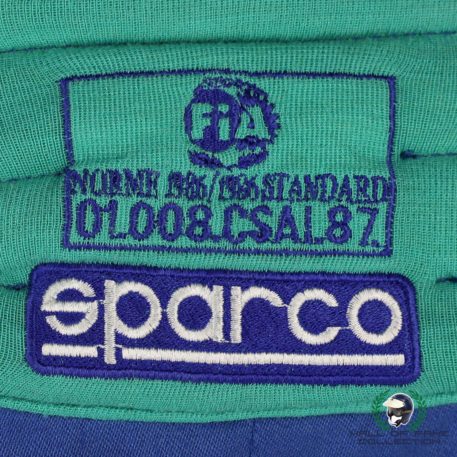 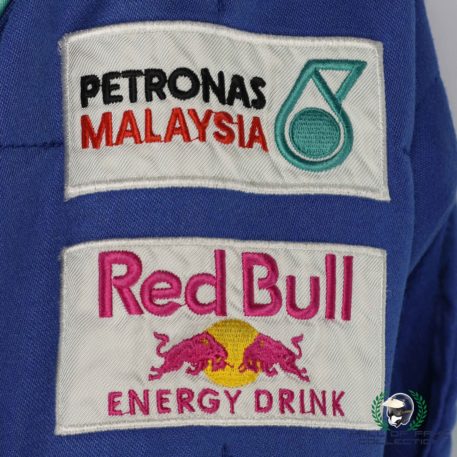 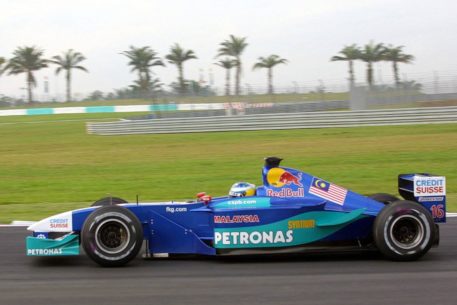 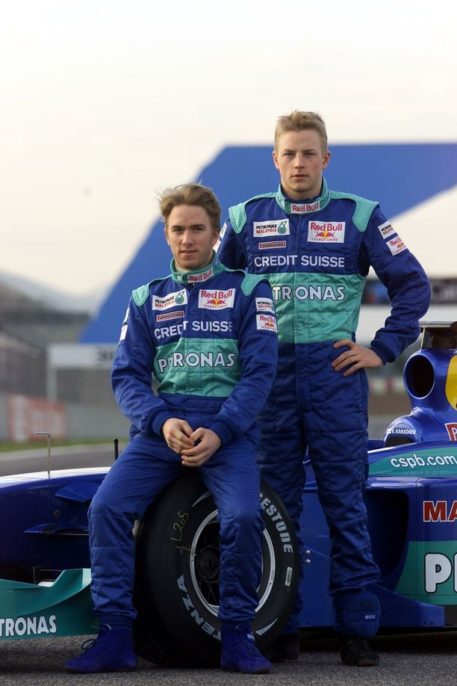 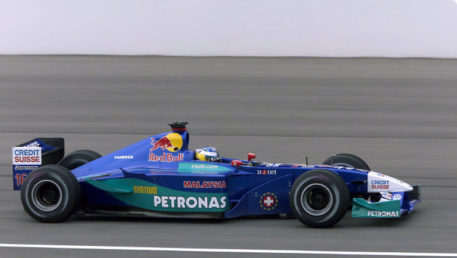 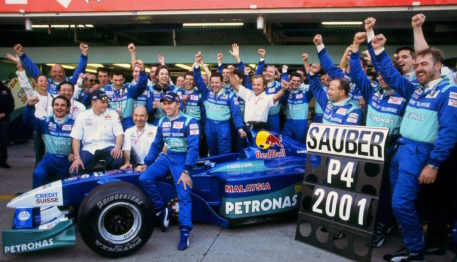 Race-used suit worn by German driver Nick Heidfeld in 2001 while driving for the Red Bull Sauber Petronas team in their V-10 powered Sauber C20. Heidfeld was the German F3 Champion in 1997 and the International F3000 Champion in 1999.

Heidfeld entered F1 in 2000 as a full-time driver for the Gauloises Prost Peugeot team but departed Prost at the end 2000 season, after signing a three-year contract with Sauber for 2001. He was partnered with then rookie driver Kimi Räikkönen. Heidfeld scored his first podium with a third place finish in the Brazilian Grand Prix. After the announcement of Mika Häkkinen’s retirement, many thought that Heidfeld would replace him in the McLaren-Mercedes team, as he had Mercedes backing and had outscored the much more inexperienced Räikkönen by three points over the year. However, the McLaren seat went to Räikkönen, and Heidfeld stayed with Sauber for 2002 and 2003, where he racked up a number of points finishes.

This Sparco suit is in blue and teal with the Petronas and Credit Suisse branding logos featuring prominently on the front, with the same Petronas logo on the back, along with the Red Bull branding logo above it. Heidfeld’s name and German national flag are embroidered on the right side just below the waist.