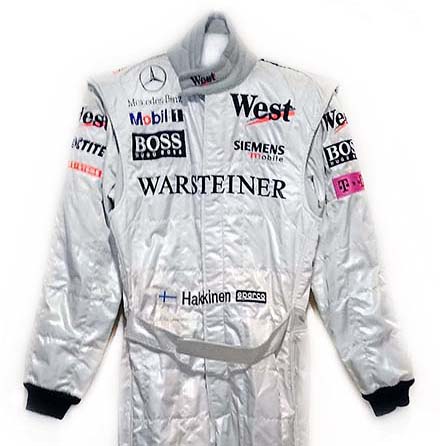 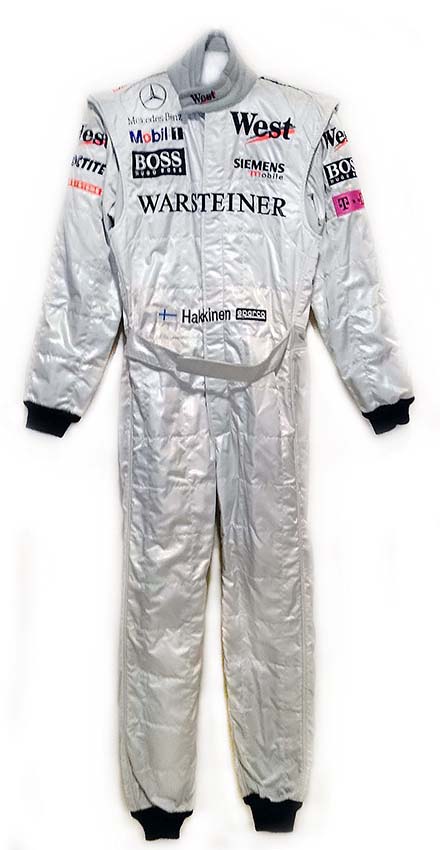 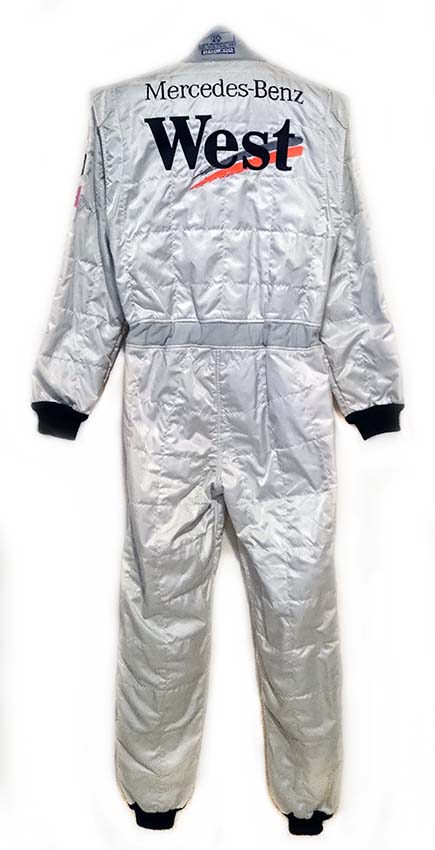 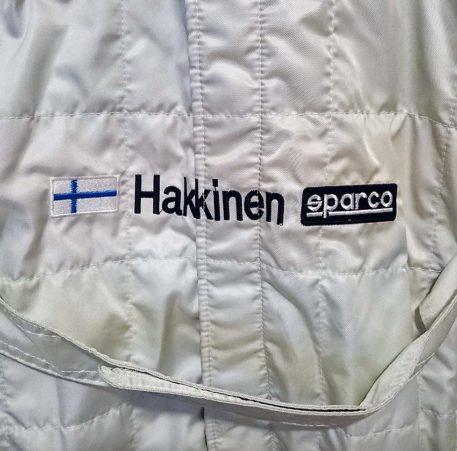 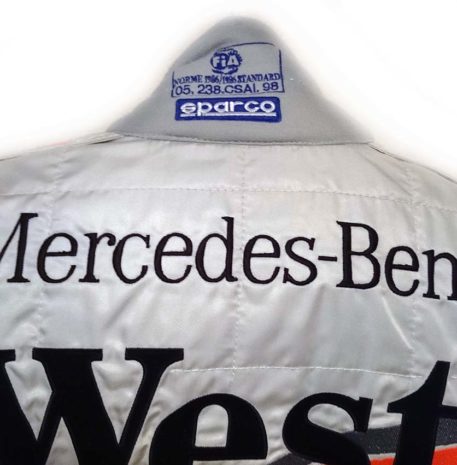 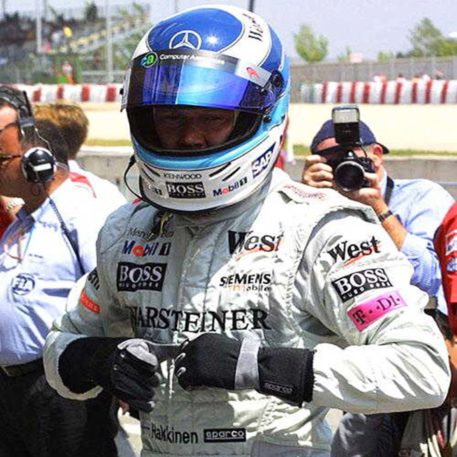 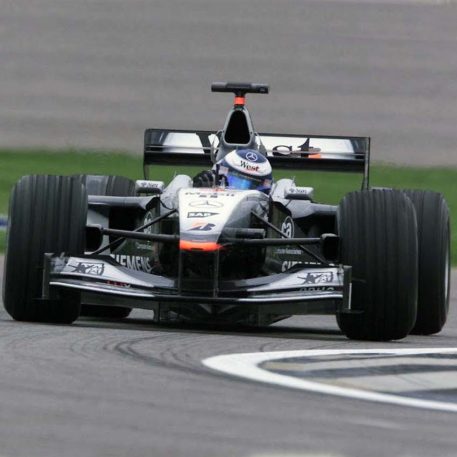 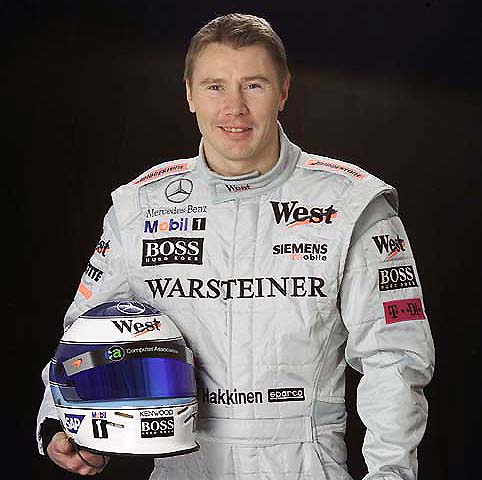 A rare McLaren suit used by Mika Hakkinen in his farewell year in Formula 1. Unfortunately Häkkinen was plagued with mechanical problems to his McLaren MP4-16 throughout the season. However he still managed two wins and five other top five places.

This suit was worn during the 2001 USA Grand Prix which took place at the Indianapolis Motor Speedway just a few weeks after the tragic 9/11 terrorist attacks. Hakkinen would go on to win the race for his final Formula 1 victory. The two time World Champion then donated this suit after the race to raise money for the 9/11 fund.

After the season it was decide that Häkkinen would retire before the 2002 season started.

The all silver Sparco suit has the team’s main sponsor West tobacco to the back arms and left chest. With other sponsor markings including Warsteiner/Hugo Boss/T Mobile embroidered onto the suit.