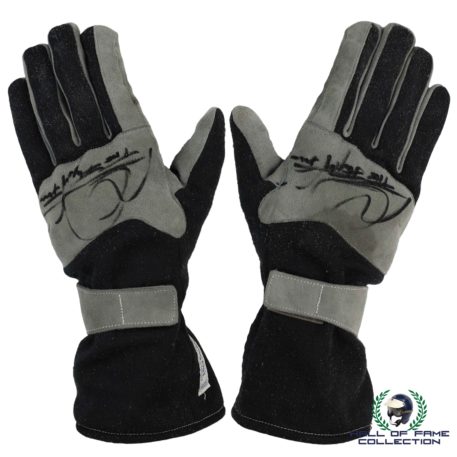 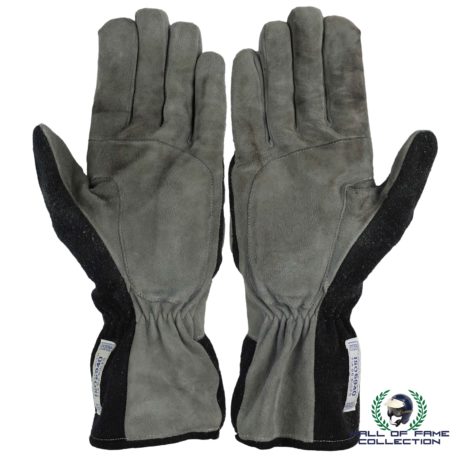 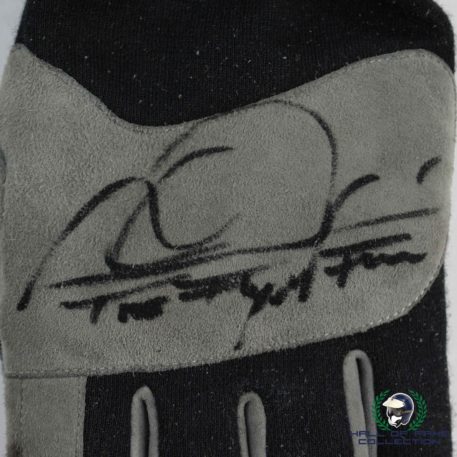 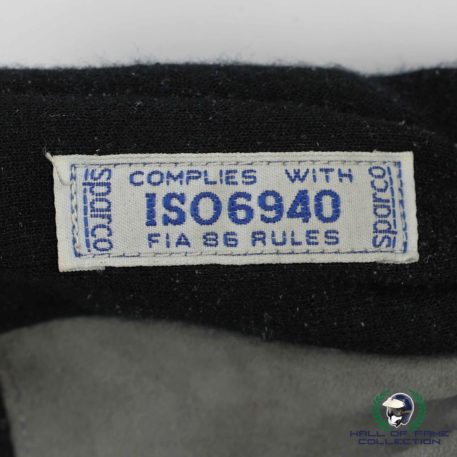 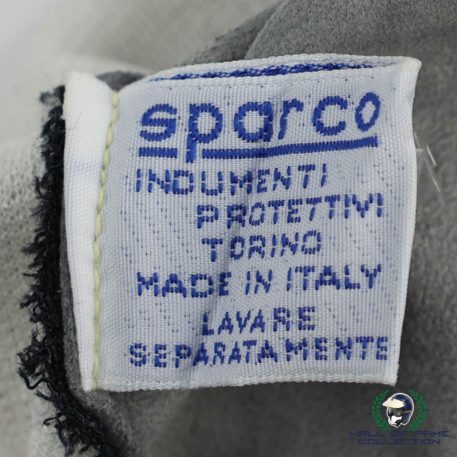 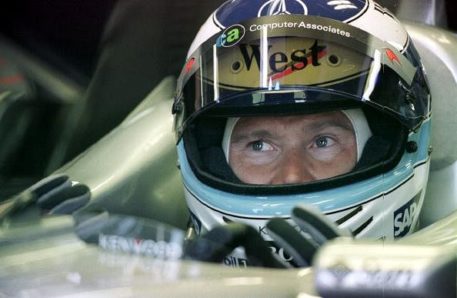 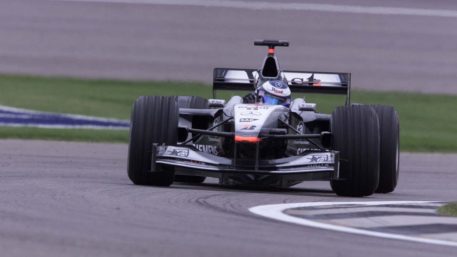 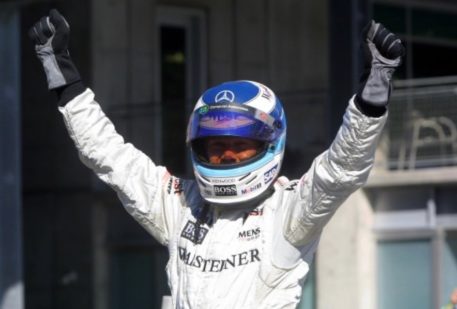 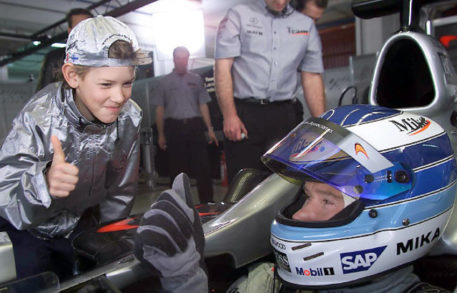 Race-used Sparco gloves worn by Mika Hakkinen during his farewell year in Formula 1. Unfortunately Hakkinen would be plagued with mechanical problems on his McLaren MP4-16 throughout the season. Despite that he still managed to score 2 wins and 5 other top-five places.

Both of these black and grey suede gloves are signed by Hakkinen in black marker pen on the grey suede knuckles, along his famous tag line “the flying Finn”.

The gloves comes with a full Certificate Of Authenticity.