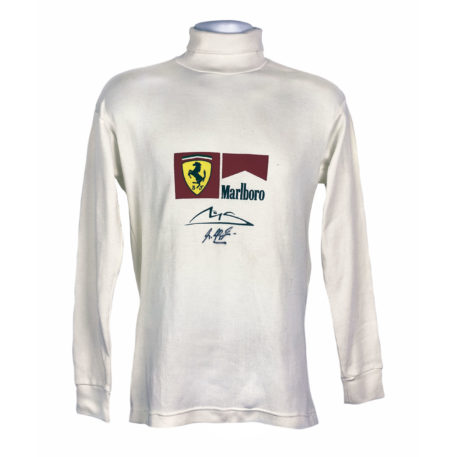 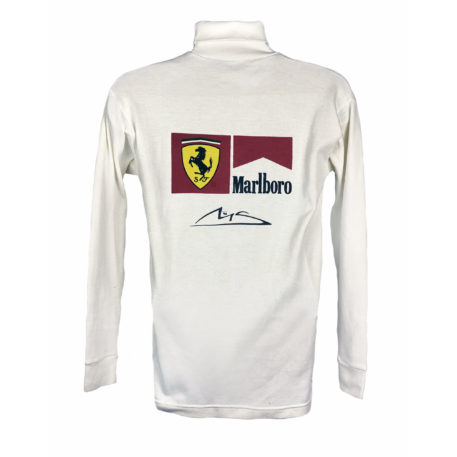 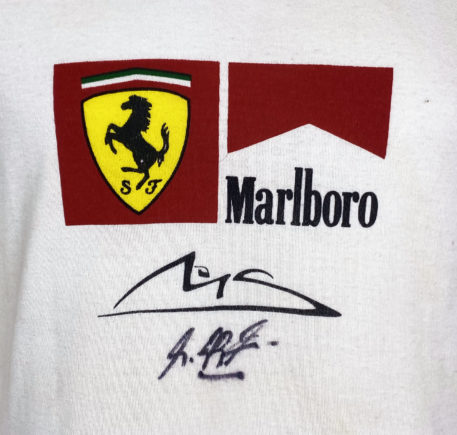 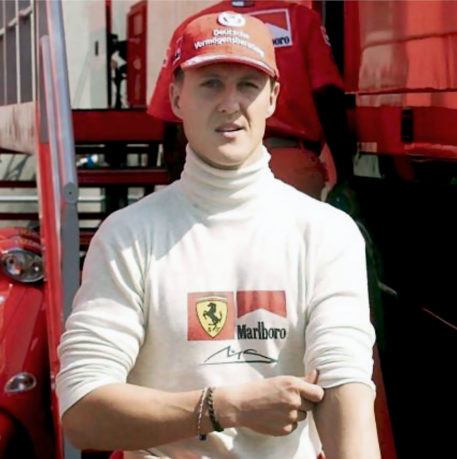 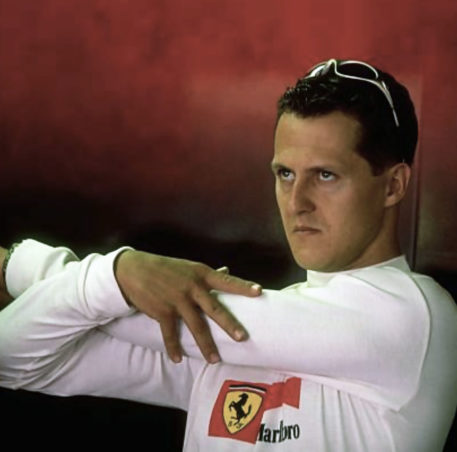 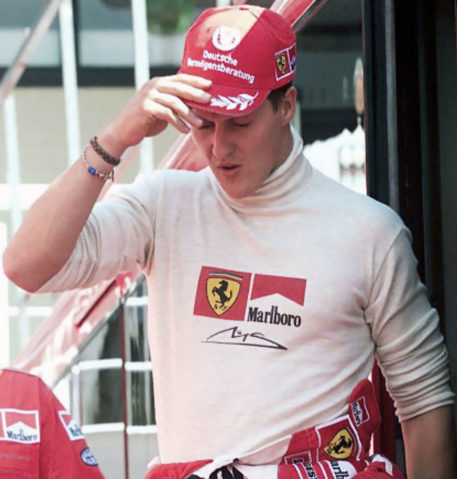 Nomex fire retardant undershirt used by the one & only seven-time Formula One World Champion, Michael Schumacher. It was worn by the German driver during the 2001 F1 season when Schumacher won his fourth world title and his second with Ferrari. Driving a Scuderia Ferrari Marlboro 050 V10 car he would dominate proceedings by scoring nine wins and five second-place finishes, giving him a total of 123 championship points which was almost double that of his nearest rival David Coulthard.

The off-white long-sleeved undershirt shows signs of wear and has the Scuderia Ferrari’s ‘Prancing Horse’ shield on a red background next to major team sponsor Marlboro’s chevron logo printed on both its front and back. Under these is Schumacher’s ‘MS’ personal logo and Schumacher has personally signed the undershirt in black marker pen just below this.

This Nomex undershirt comes with a full Certificate Of Authenticity.