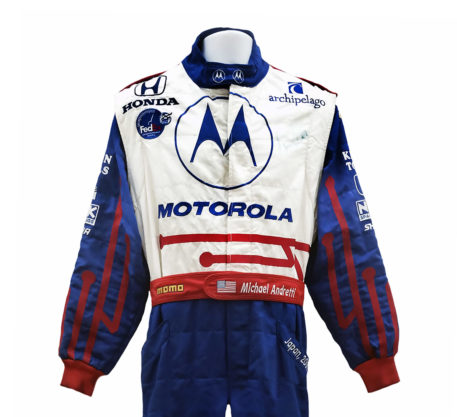 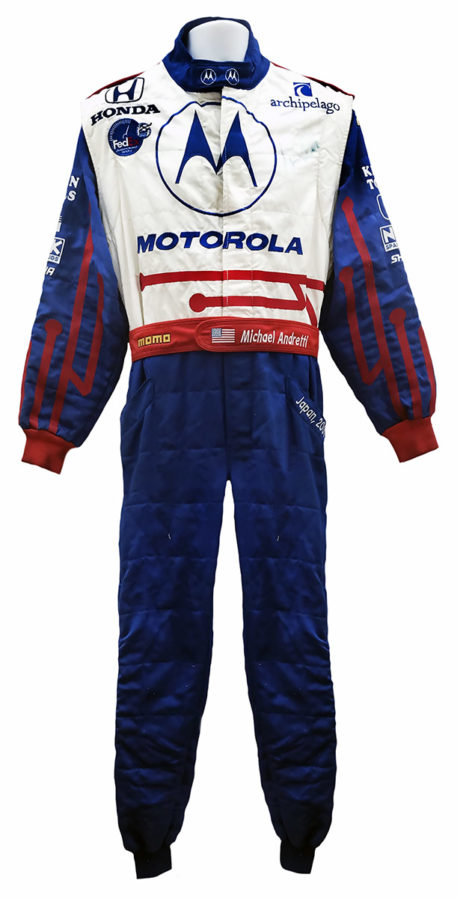 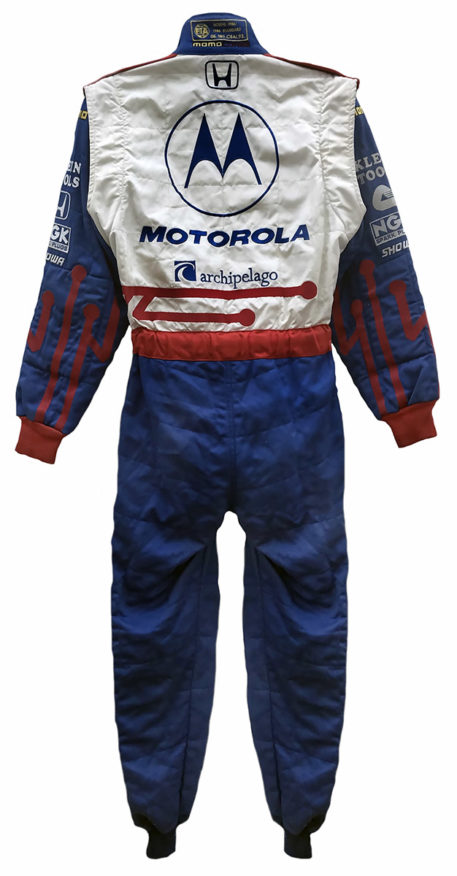 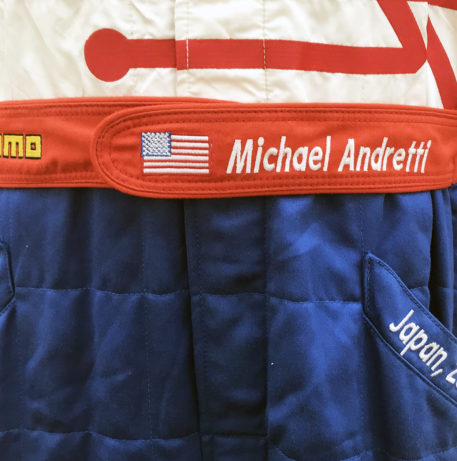 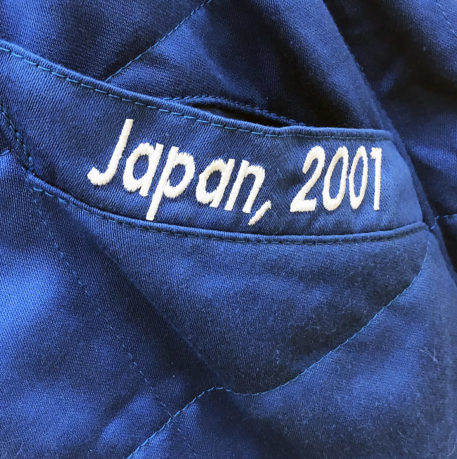 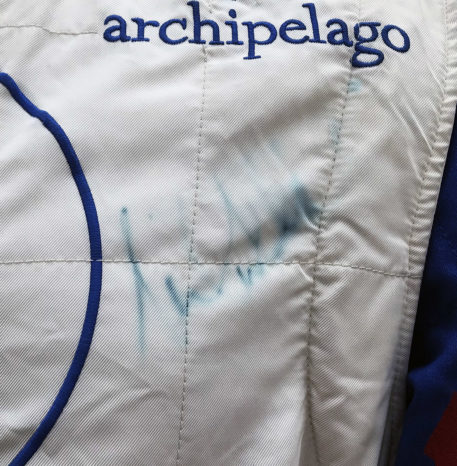 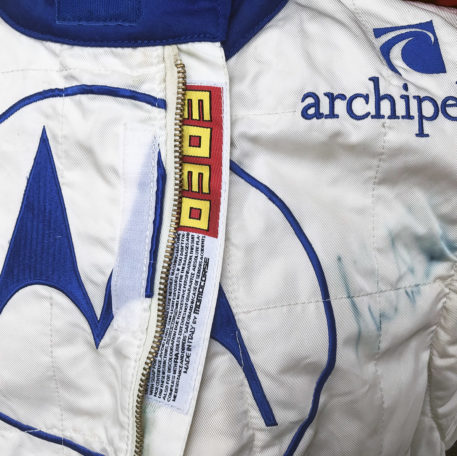 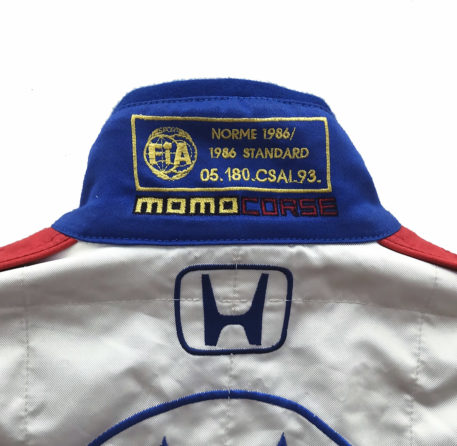 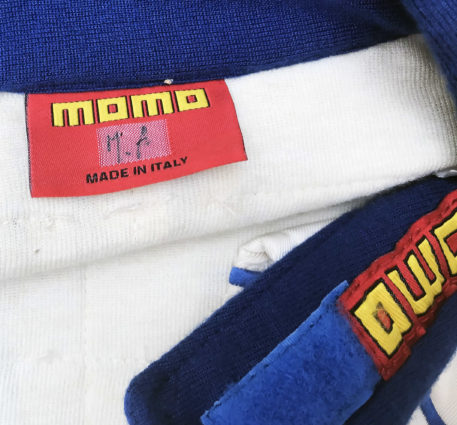 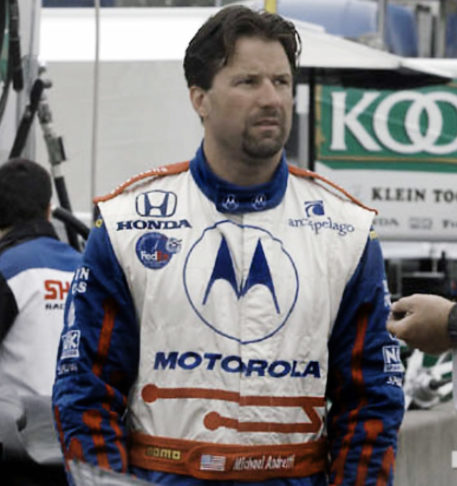 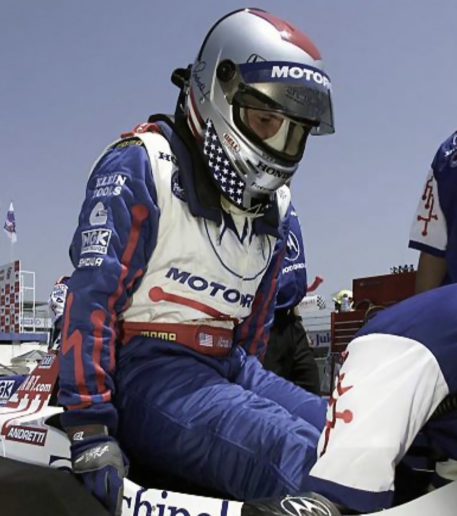 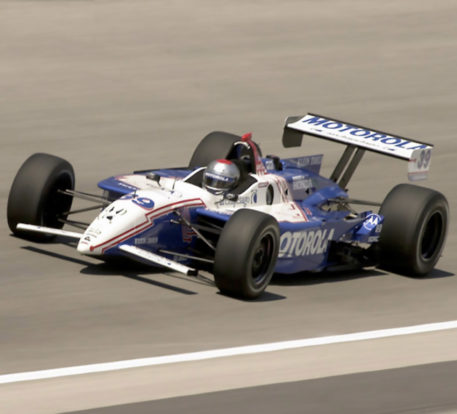 This sharp MOMO race suit was worn by IndyCar star Michael Andretti. The suit was used on race day during the 2001 Firestone Firehawk 500 race at Twin Ring Motegi in Tochigi, Japan. All Andretti’s race day suits during 2001 had the race location and date embroidered to the left leg pocket and this particular suit has ‘Japan 2001’ emboidered on it. Andretti, who was already making inroads to team ownership, formed an organization along with Kim Green which was heavily sponsored by the then telecommunications company Motorola and was known as Team Motorola. Andretti and the team had a solid season with many top-five finishes including a win at the Molson Indy in Toronto and four other podium places which saw Andretti finishing third in the 2001 CART IndyCar championship.

The suit has a white torso with blue arms and legs with the Motorola branding logos and lettering on the front and back. On the arms and around the midriff are red ‘electronic contact’ lines and Andretti’s name and national ‘Stars and Stripes’ are embroidered on the suit’s red waistband. Sponsor/suppliers’ logos are embroidered on both arms, including Kline Tools, Honda, and NGK.

Michael Andretti has personally signed the suit on the left upper chest but the signature has faded slightly.

This is a chance to acquire this eye-catching race-worn suit from a member of the legendary Andretti family and now one of the top team owners in IndyCar.