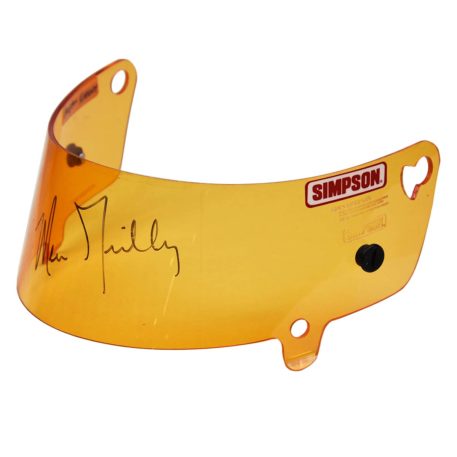 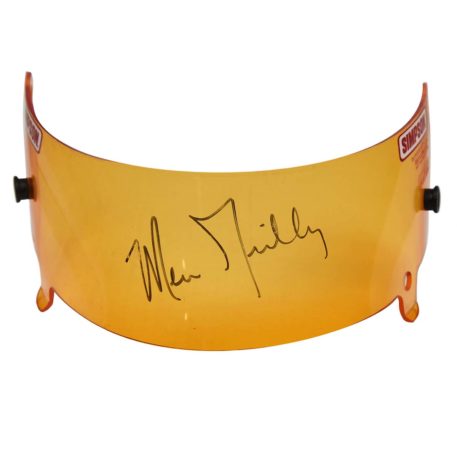 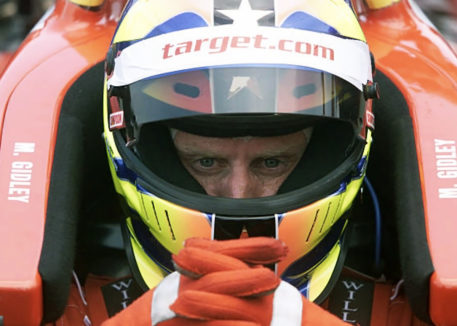 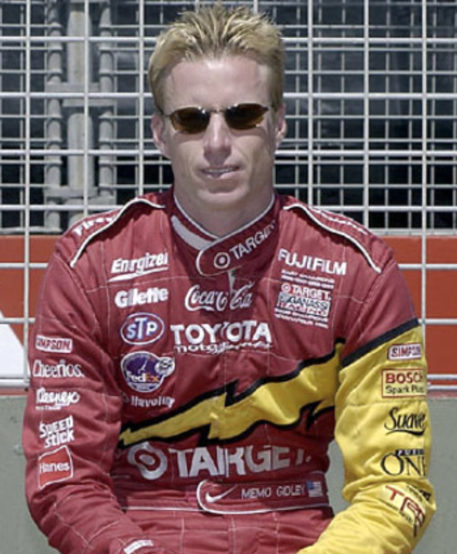 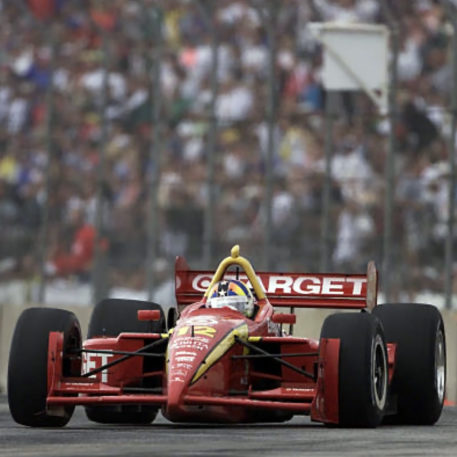 Helmet visor used by Mexican born American driver Memo Gidley sometime in his IndyCar / CART career. Gidley would use Bell helmets for most of the 2001 season but at a couple of early events he employed Simpson helmets. This particular visor could have been used at one of those events as it was acquired directly from a Ganassi team members personal collection. Gidley, who was acting as a stand-in driver for the team, notched some great results including two second-places and a third-place finish. Gidley is pictured using a Simpson helmet with a different tinted visor.

The orange-tinted visor has been personally signed by Memo Gidley and it comes with a full Certificate Of Authenticity.