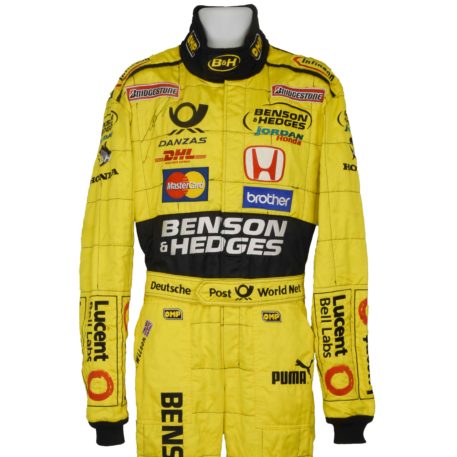 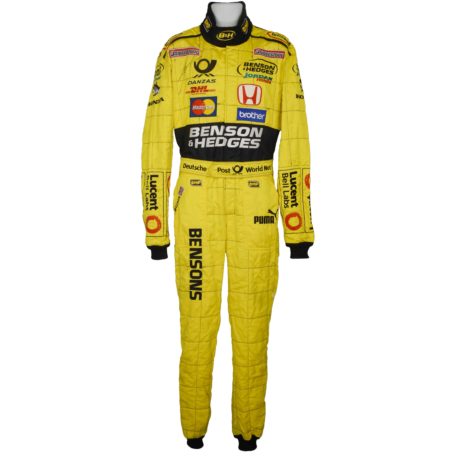 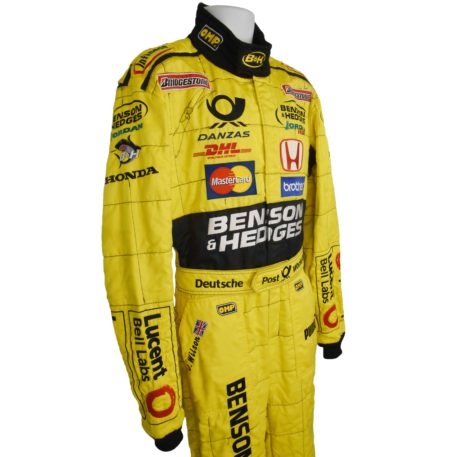 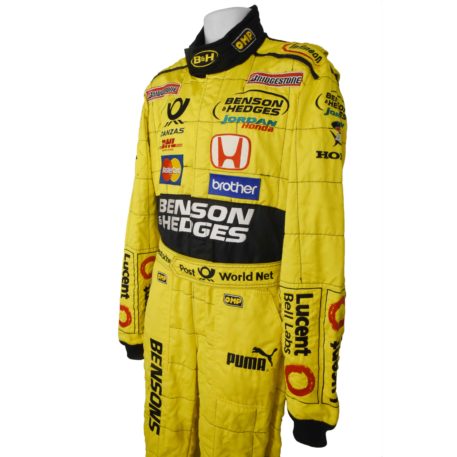 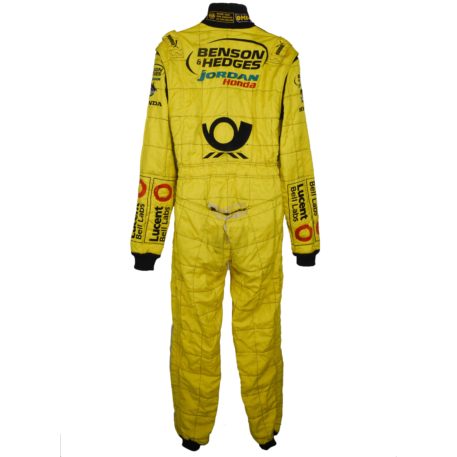 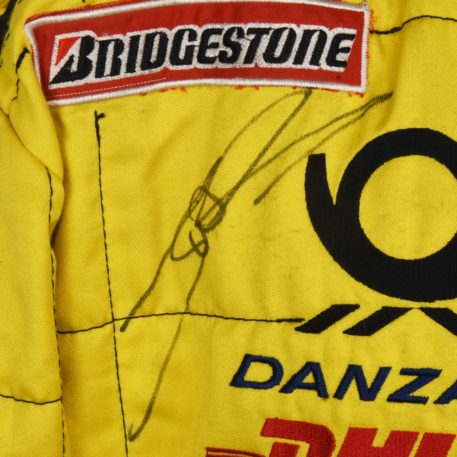 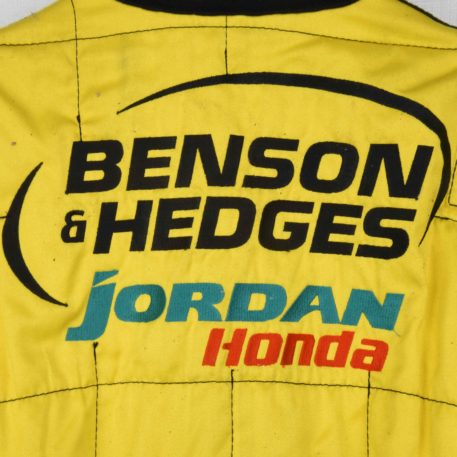 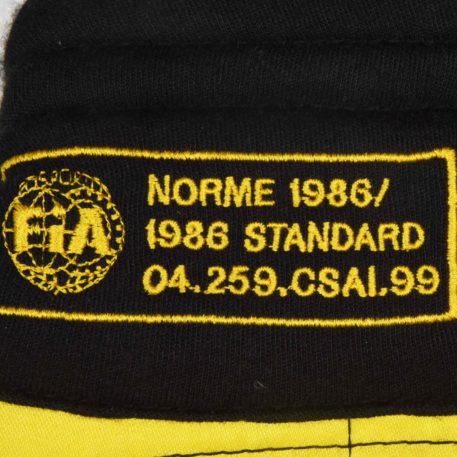 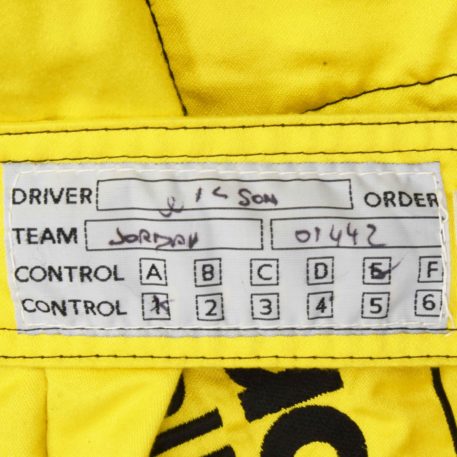 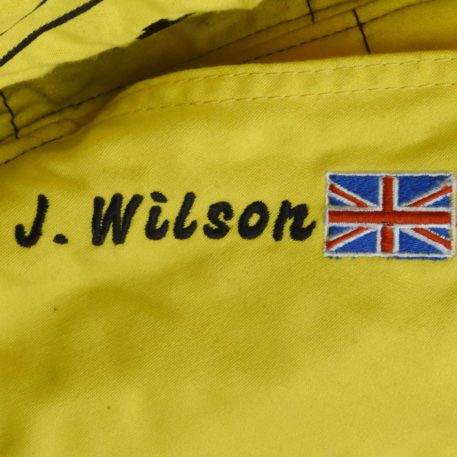 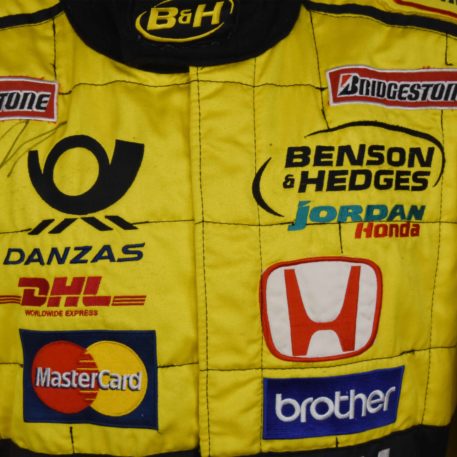 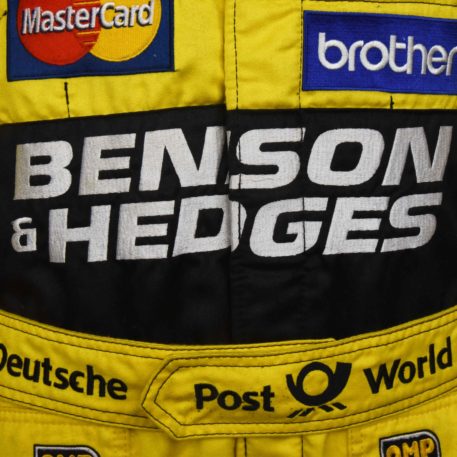 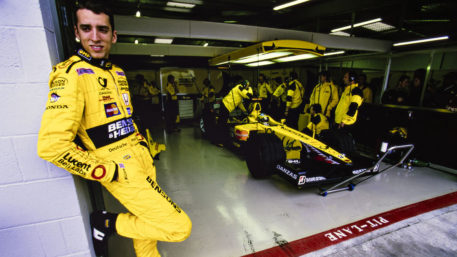 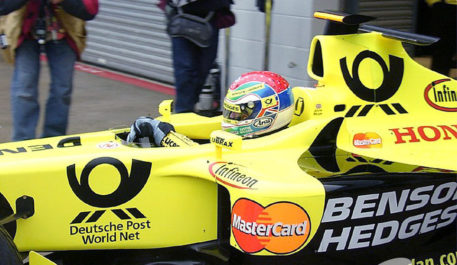 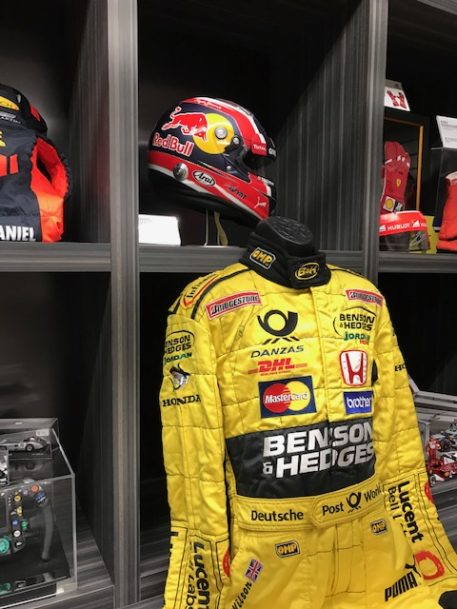 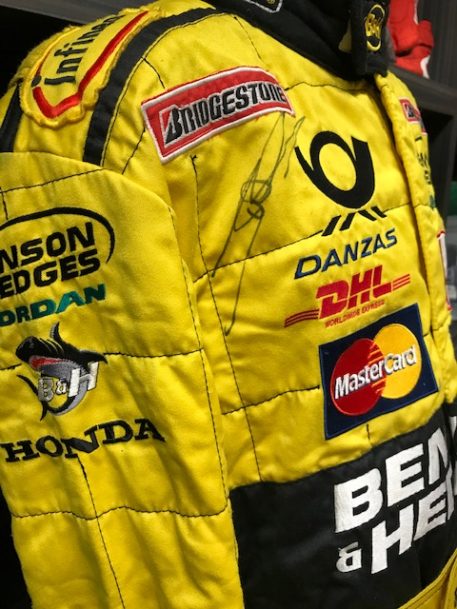 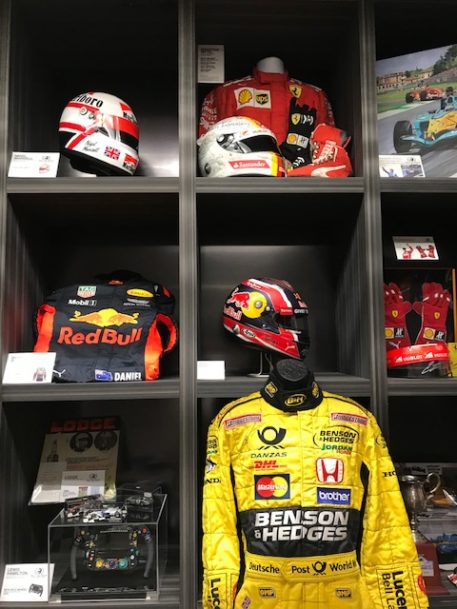 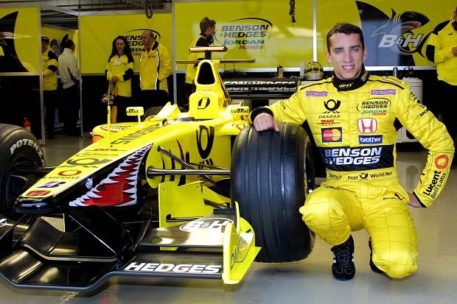 This Benson & Hedges Jordan F1 suit was used by the late Justin Wilson during the driver’s initial Formula 1 test at Silverstone in September 2001. Jordan did not hire Wilson for the ride in 2002 – that seat went to future Indianapolis 500 winner Takuma Sato – but it did serve as a springboard for Wilson’s career.

Wilson got his F1 break for the 2003 season when he was hired by Minardi. He would spend season with the Minardi and Jaguar teams, ironically scoring his only point in the SAP U.S. Grand Prix at the Indianapolis Motor Speedway. Wilson competed in eight Indianapolis 500s, finishing as high as fifth in the 2013 race that ended under caution when Dario Franchitti hit the Turn 1 wall. As fast as Wilson’s Andretti Autosport car was that day, eventual race winner Tony Kanaan was fortunate not to have had to contend with Wilson in those final laps had they remained caution-free.

Of course, Wilson had considerable success in CART and INDYCAR, winning seven races between the two series. In the 2015 race, prior to being fatally struck by debris in an accident at Pocono Raceway, Wilson finished second to Graham Rahal at the Mid-Ohio Sports Car Course.

This suit is signed by Wilson and is beautifully crafted with all of the Jordan sponsor patches of the 2001 season, with Benson & Hedges across the midsection and the Honda branding logo featured prominently as well.