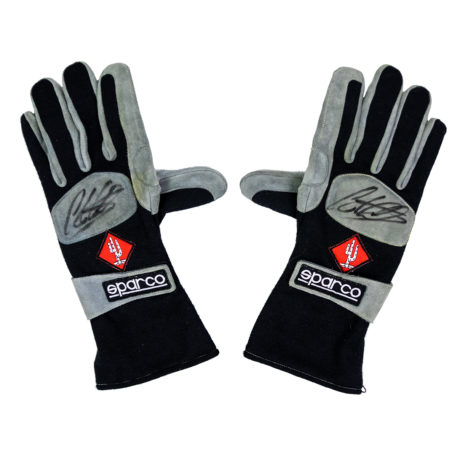 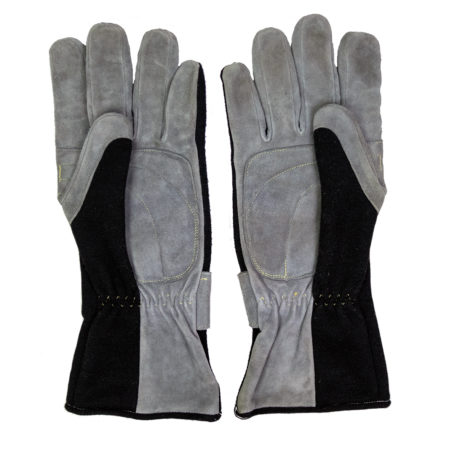 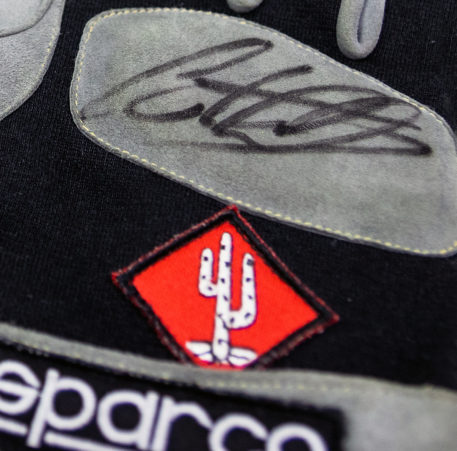 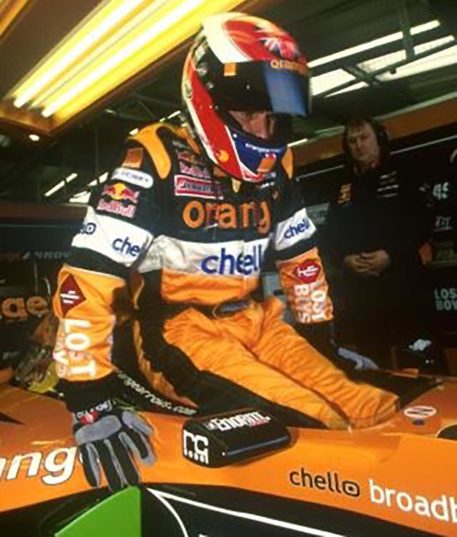 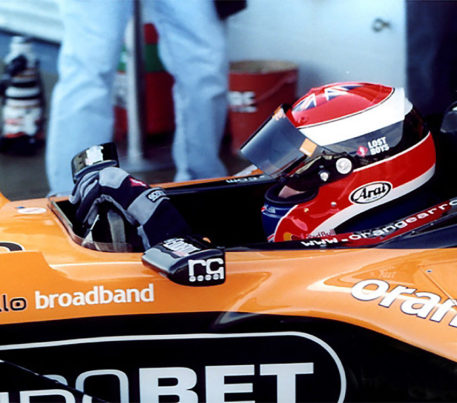 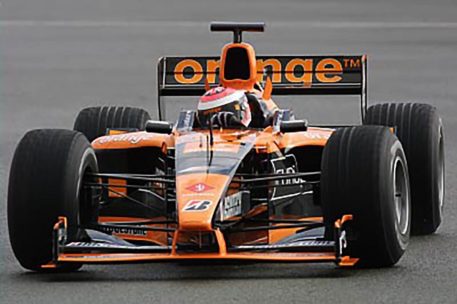 Sparco gloves used by former Formula One and Sportscar driver Johnny Herbert. British driver Herbert retired from full-time Formula One competition at the end of the 2000 season. He wore these gloves when he was the acting developmental/test driver for the Tom Walkinshaw owned Arrows F1 team for the upcoming 2001 season. The black gloves have grey leather palms, knuckle protection, and Velcro fastening straps.

Johnny Herbert has personally signed both gloves and come with a full Certificate Of Authenticity.