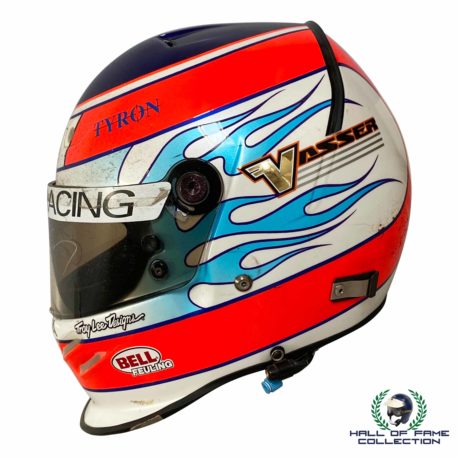 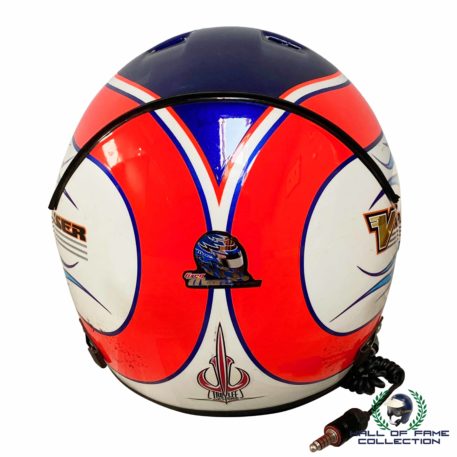 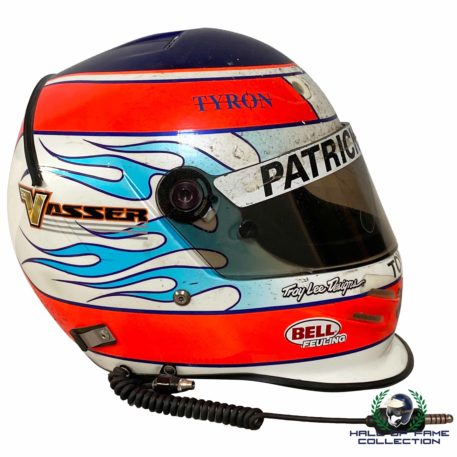 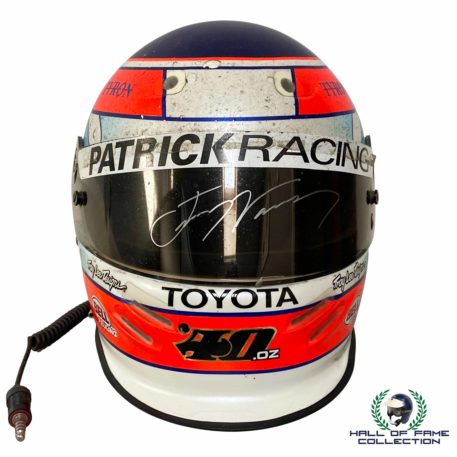 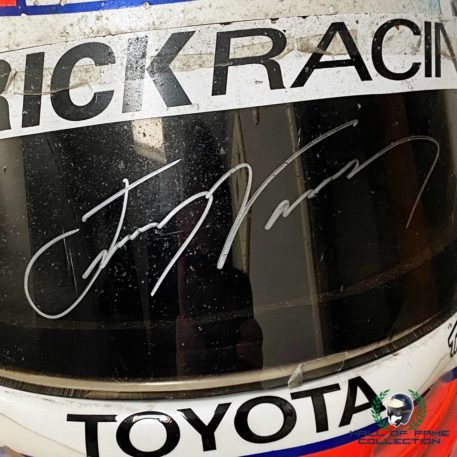 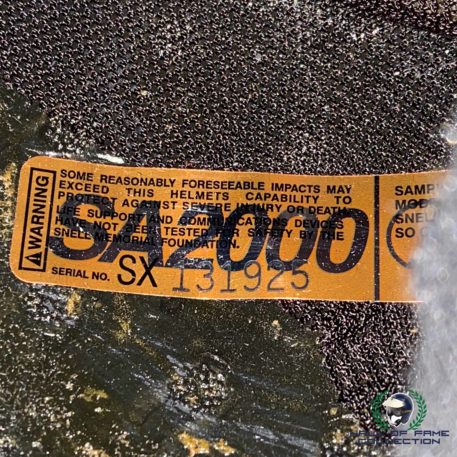 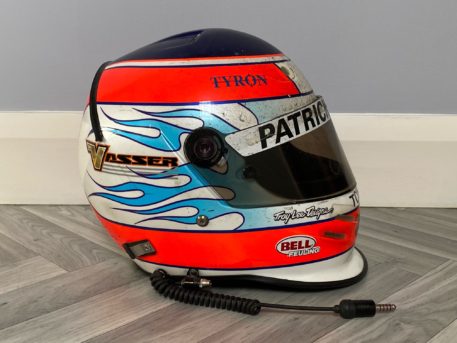 This Bell Feuling helmet was used by Jimmy Vasser during the 2001 season while driving for Patrick Racing.

Vasser won the 1996 CART IndyCar championship with Chip Ganassi Racing, and scored ten victories in the series. Vasser was the last American to win the CART championship. In 98 he also had a successful CART season scoring three victories as well as notching 12 top-ten results, finishing 2nd in the Drivers’ Championship with a total of 169 points.

The helmet is signed by Vasser on the visor in silver marker pen and comes with a Certificate Of Authenticity.