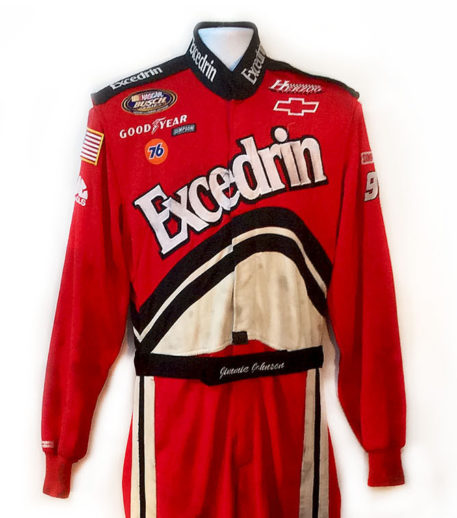 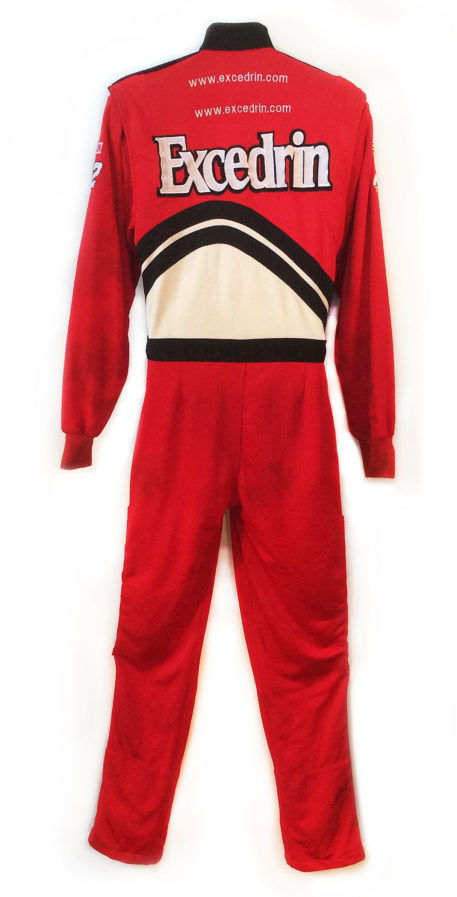 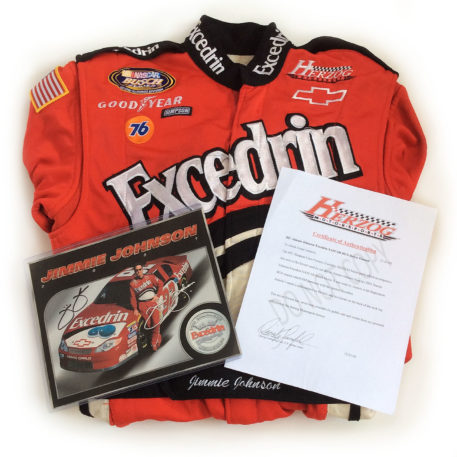 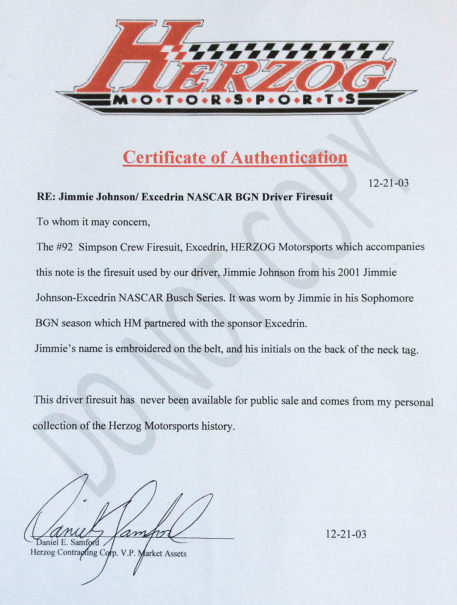 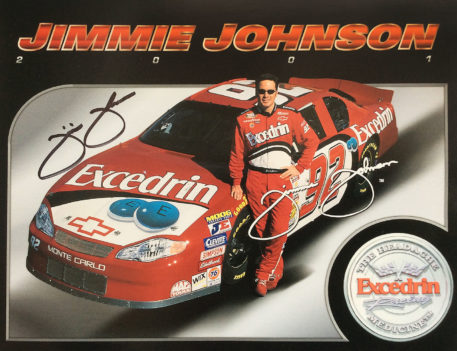 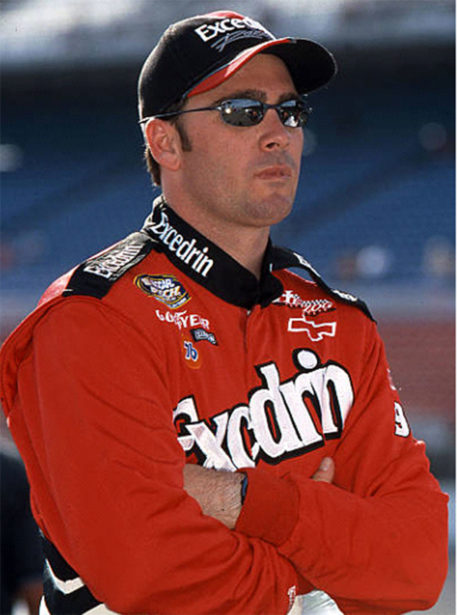 Race suit worn by Jimmie Johnson early in his career. Johnson is a seven-time NASCAR Cup Series Champion and has amassed 84 wins, 37 pole positions and has numerous top five finishes to Racing Products fire suit was worn by Johnson in the NASCAR Busch Series in 2001. He competed in the Xfinity Series while driving for the Herzog Motorsports Team in his first full season in NASCAR in 2001. It has Johnson’s name embroidered across the belt and bares the prominent logo of sponsor Excedrin on the front, back and both legs, as well as embroidered patches of the American flag and NASCAR Busch logo.

This is a great chance to own a race-used item from one of the current greats of NASCAR, whose used equipment very rarely comes onto the open market.

The suit comes with a full Certificates Of Authenticity.