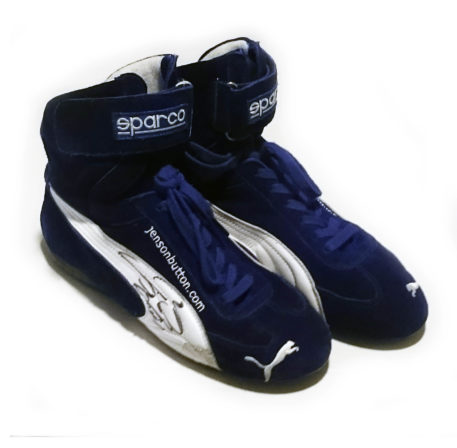 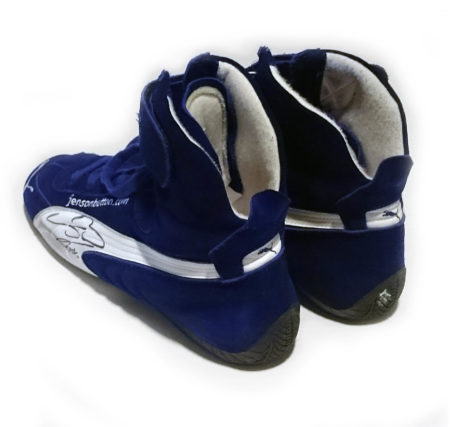 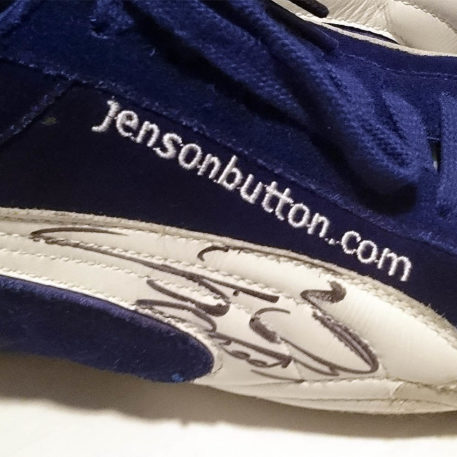 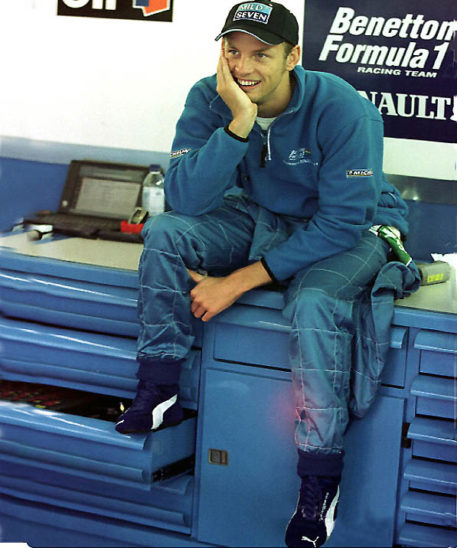 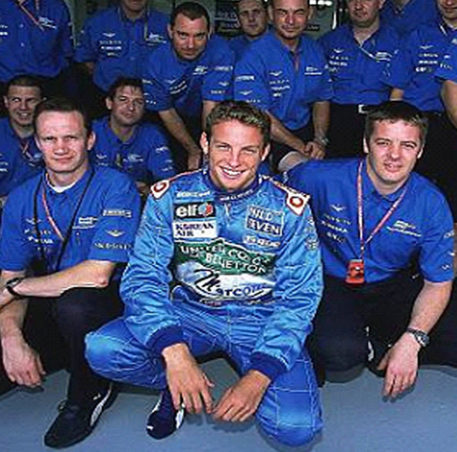 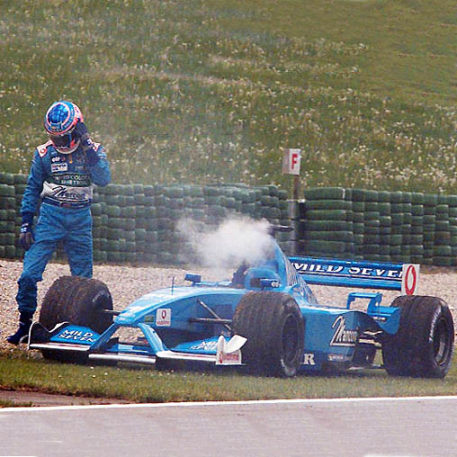 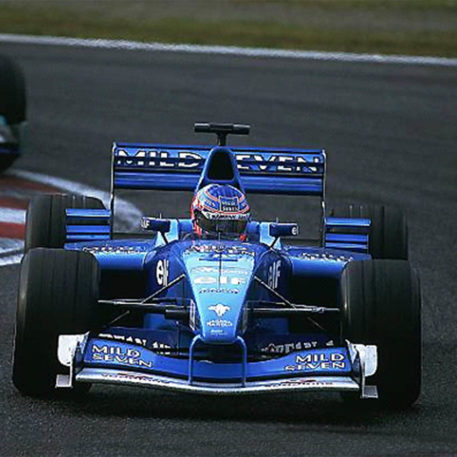 A pair of Puma/Sparco Racing Products boots worn by English driver Jenson Button during his first season with the Mild Seven Benetton Renault Team in 2001.

The boots in blue suede have Button’s “Jensonbutton.com” web address embroidered above the Puma stripe on side of each boot

Both boots are also personally signed by Jenson Button and come with a full Certificate of Authenticity.