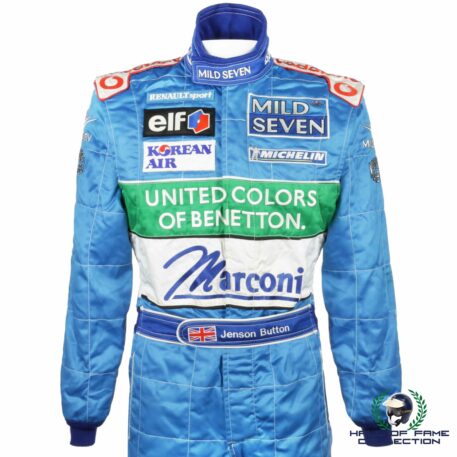 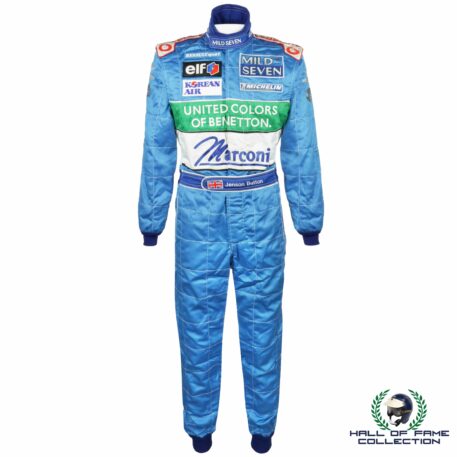 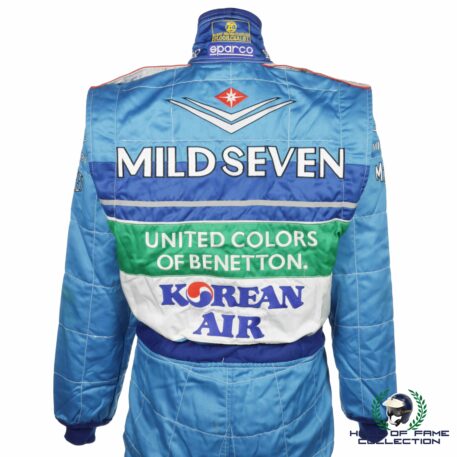 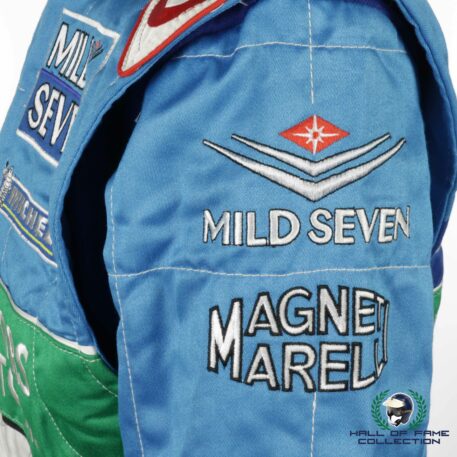 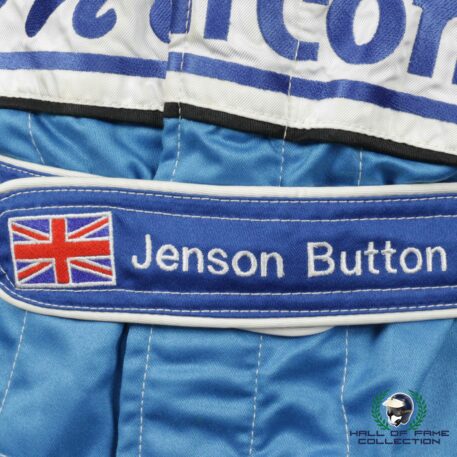 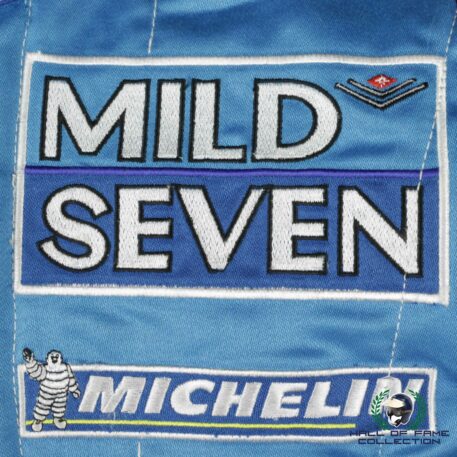 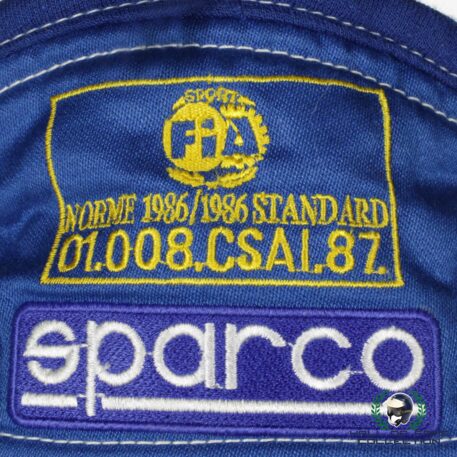 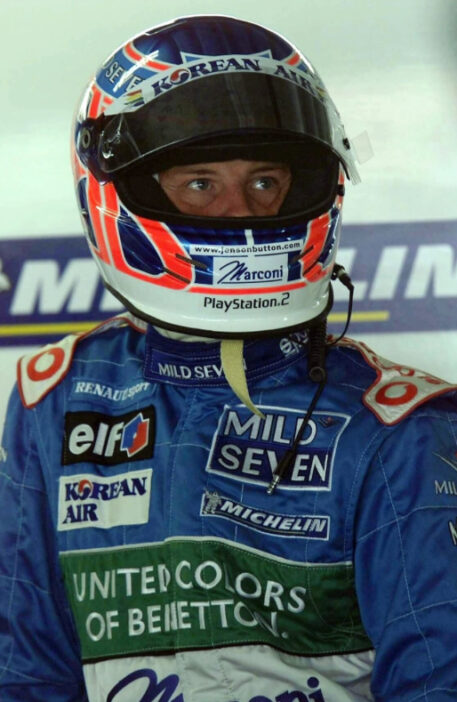 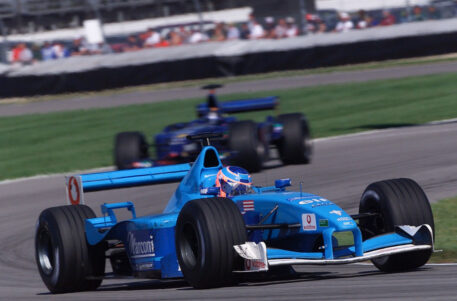 This suit was worn by Jenson Button during the 2001 F1 season while driving for the Benetton Renault F1 team. The suit comes from one of the best eras for suits in F1, when all the sponsors where beautifully stitched on the suit. This makes the suit a sight to behold when seen in person, a fantastic suit from the 2009 F1 Champ’s second year in F1. The Sparco suit comes with a Certificate of Authenticity.

Jenson Button won the 2009 Formula One World Championship while driving for the Brawn GP team. After his F1 career, Button became champion of the 2018 season of the Super GT Series alongside Naoki Yamamoto, driving for Team Kunimitsu. He first drove in F1 with Williams for the 2000 season. The following year he switched to Benetton, which at the start of the 2002 season became the Renault team, and then for the 2003 season he moved to BAR, where he finished third in the 2004 World Drivers’ Championship. BAR was subsequently renamed and became the Honda team for the 2006 season, during which Button won his first Grand Prix at the Hungarian Grand Prix, after 113 races. Following the withdrawal of Honda from the sport in December 2008, Button was left without a team for the 2009 season. In February 2009, Ross Brawn led a management buyout of Honda, creating Brawn GP and recruiting Button as a driver. Button went on to win a record-equaling six of the first seven races of the 2009 season, securing the World Drivers’ Championship at the Brazilian Grand Prix, having led on points all season.