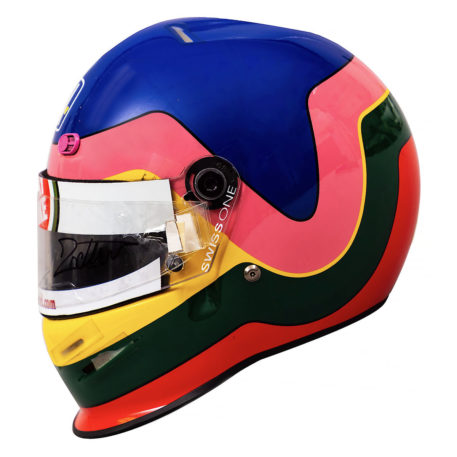 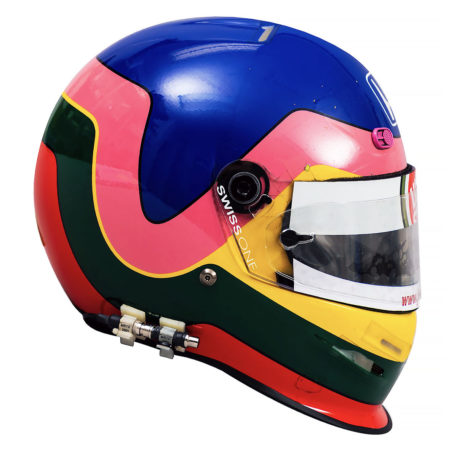 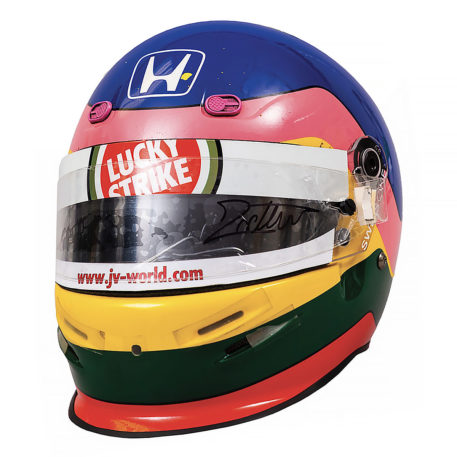 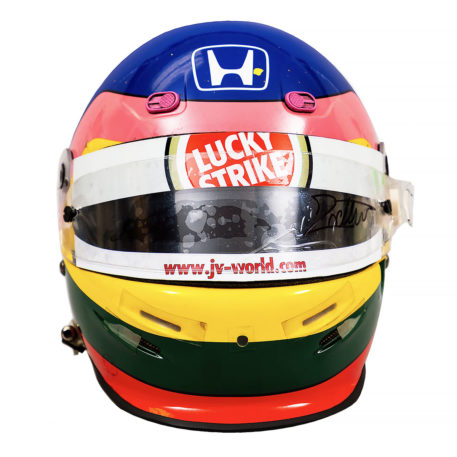 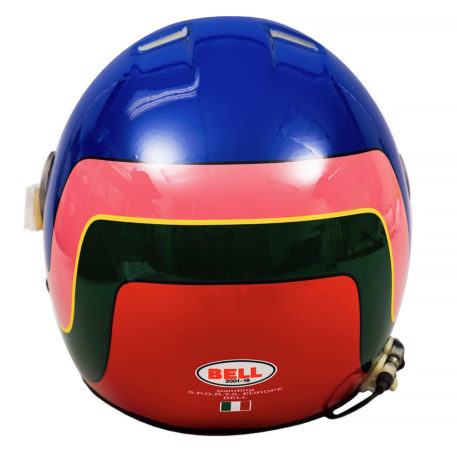 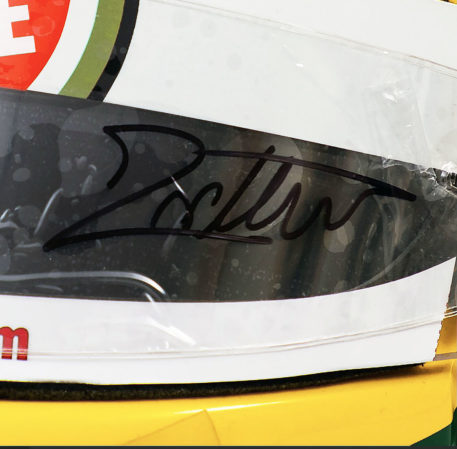 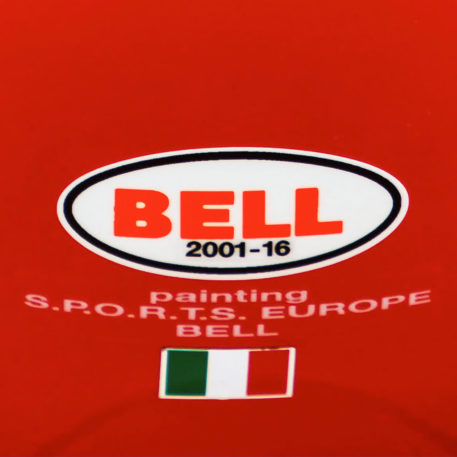 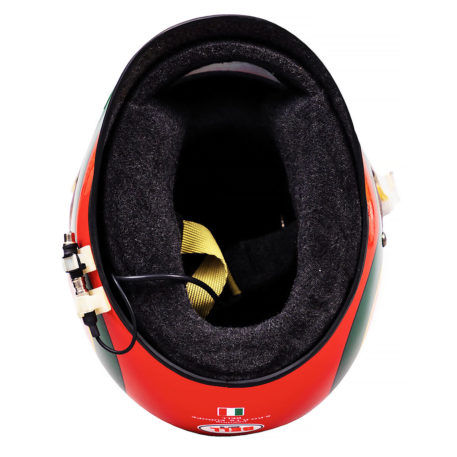 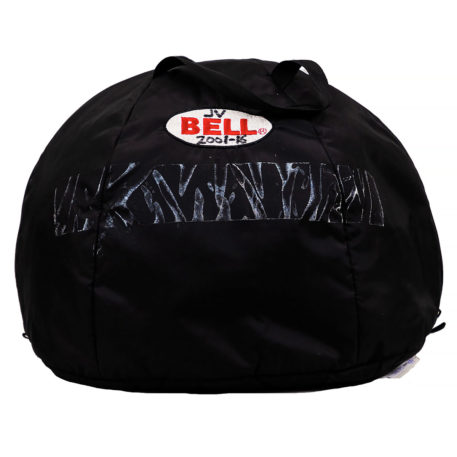 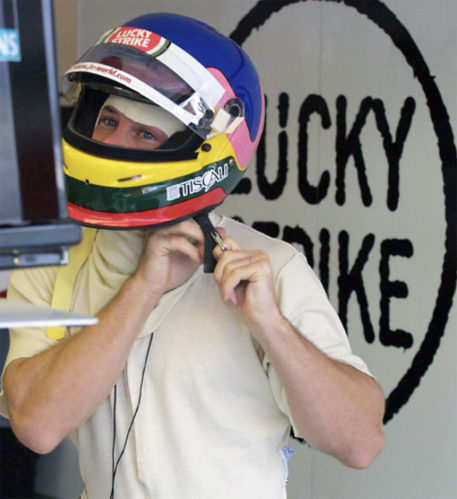 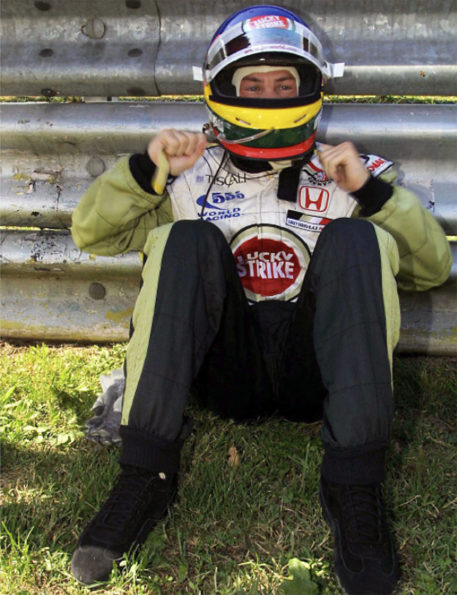 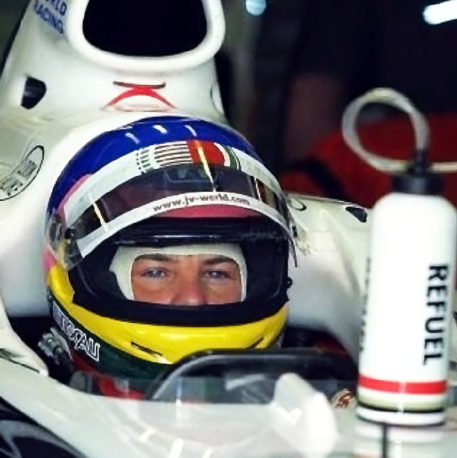 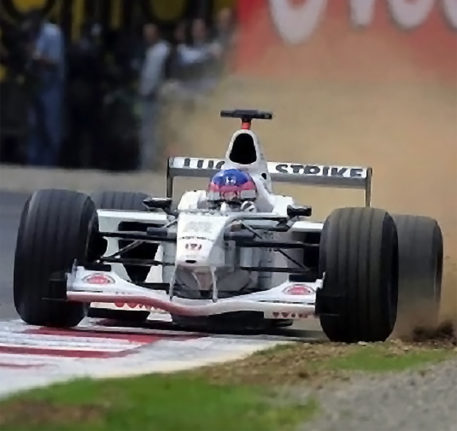 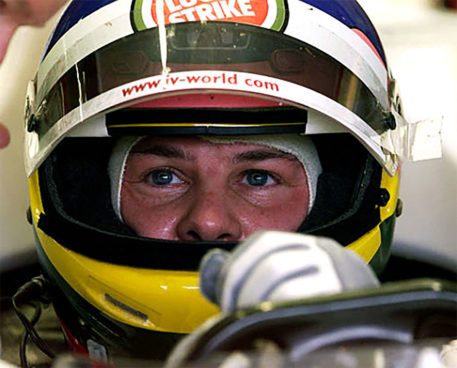 Bell K1 helmet worn by popular Canadian driver Jacques Villeneuve in his third season driving for the British American Racing (BAR) Formula 1 team in 2001. This was Villeneuve’s best season with the team where he recorded two podium finishes in both the Spanish and German Grand Prix’s as well as many other points-scoring positions, seeing him finish seventh overall in the F1 Drivers’ Championship.

The helmet has been painted in Villeneuve’s iconic red, green, blue, yellow, and pink ‘V’ design by Bell Sports Europe and shows racewear with track chips and grime. It has a Bell I.D. sticker that reads “2001-16” and just under this is an Italian flag decal to signify the helmet was used during the 2001 Italian Grand Prix in Monza (photo-matched, see pictures). It has Villeneuve’s personal modifications that include extra eye-port foam and heli-tape applied to all the helmet’s cheek vents. Its drilled drink tube hole is also covered with heli-tape. The visor bears Lucky Strike (top) and J.V. World.com (bottom) sun strips with tear-offs still attached. Villeneuve has signed his signature on the top sun strip. The helmet comes as last used with its radio still installed. The sponsor decals of “TISCALI” that were worn throughout the season on both cheeks were removed from the helmet when it was used again in early pre-season testing for the 2002 season (also photo matched, see pictures). It comes in its original Bell carrying bag with “JV 2001-16” handwritten annotations on the bag.

This item is from Jacques Villeneuve’s personal collection and comes with a full Certificate Of Authenticity.