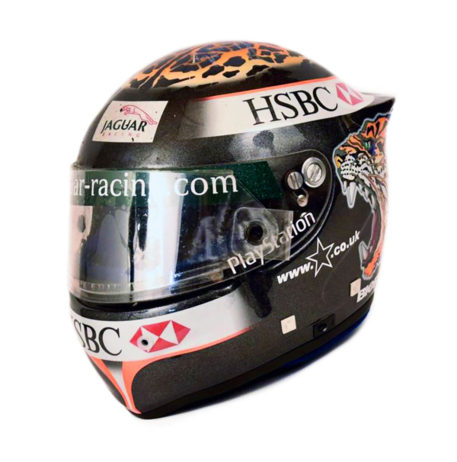 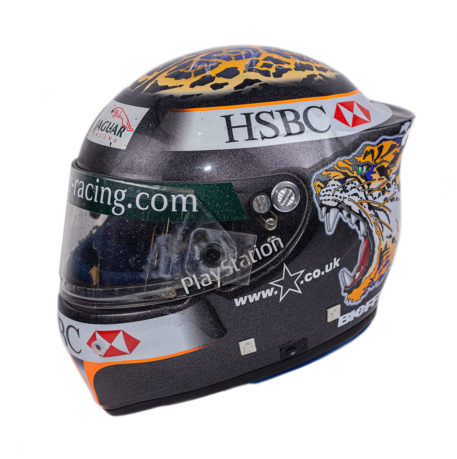 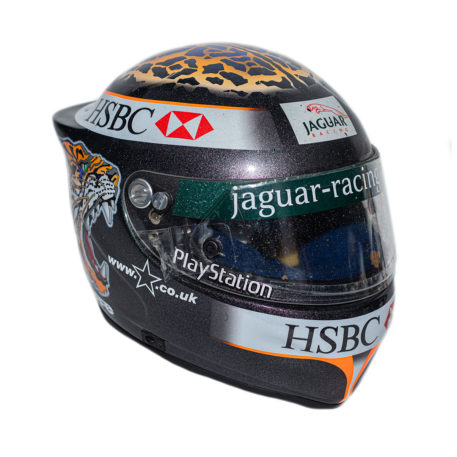 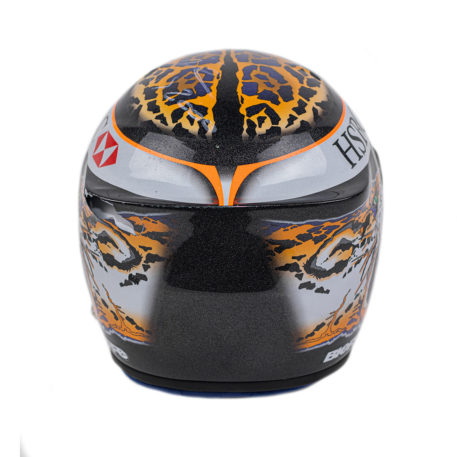 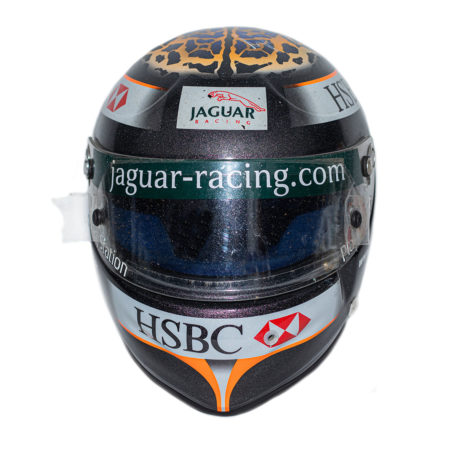 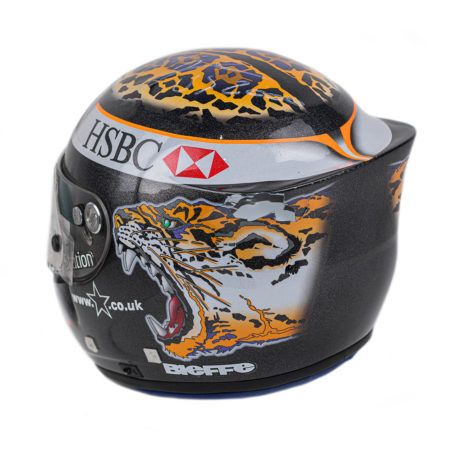 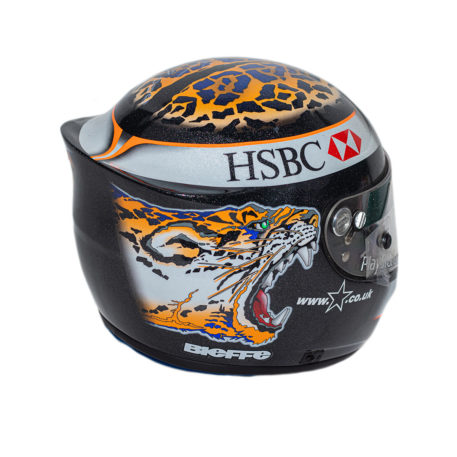 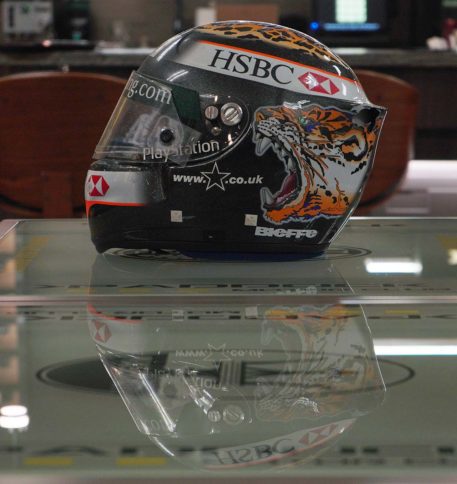 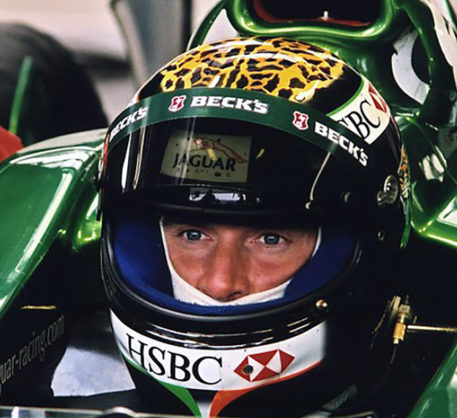 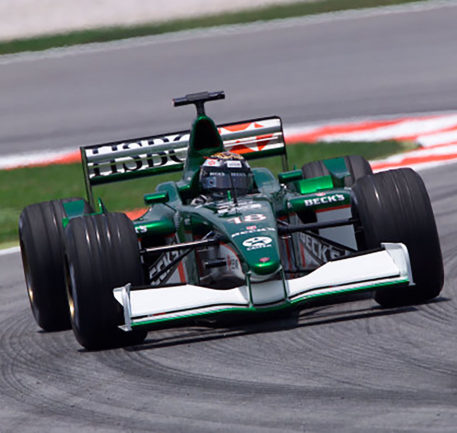 Original Eddie Irvine race-worn helmet from his stint with the Jaguar F1 team. This Bieffe helmet has one of the most distinct paint schemes with a Jaguar face on each side of the helmet on a metallic grey base color. There is also a Jaguar spots design on its crown. Just under this is a white band with team sponsor’s HSBC Banking logo, as well as a white band on the chin with the same branding, both edged in fluorescent orange. Helmet suffered slight damage from the headrest in the race.

Irvine, a multiple Grand Prix winner, came close to becoming World Champion for Ferrari in the 1999 season. He was narrowly beaten by Mika Hakkinen at the final race, ending the season just 2 points behind the Finn.

The helmet was race used at the 2001 USGP at Indianapolis and comes personally signed by Irvine with a full Certificate of Authenticity.