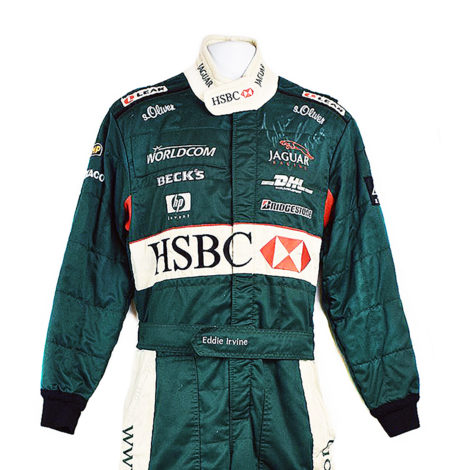 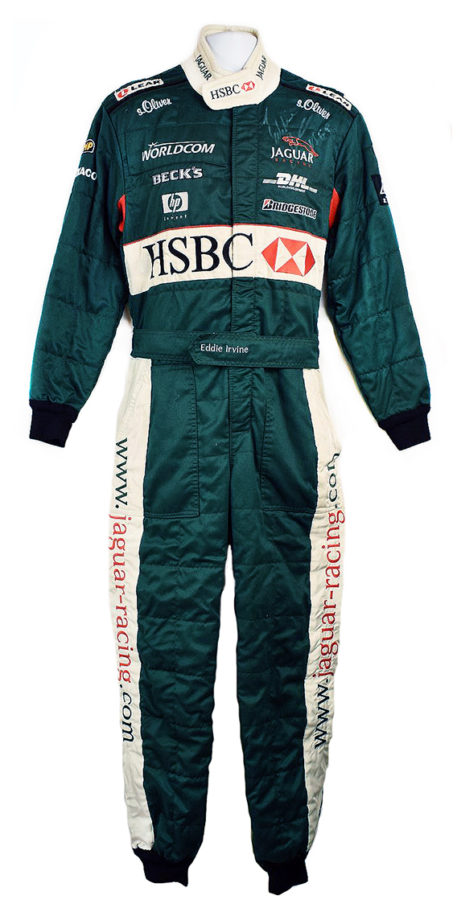 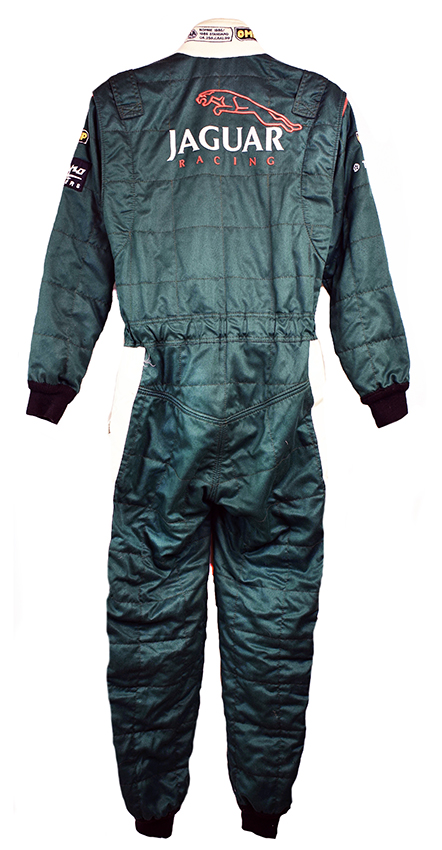 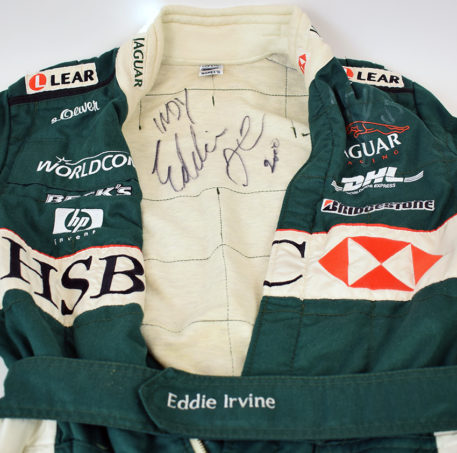 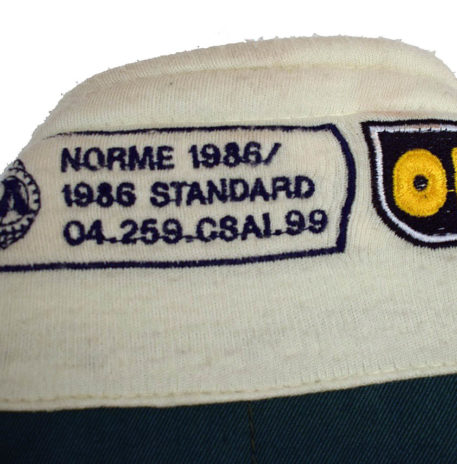 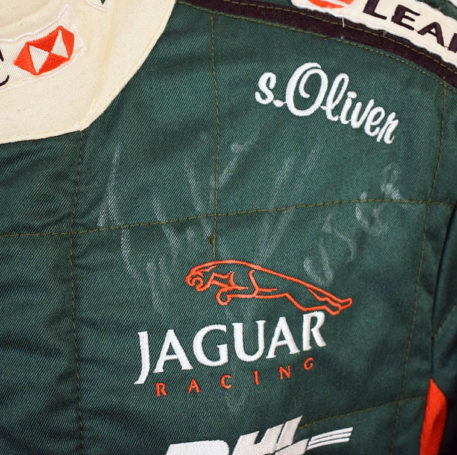 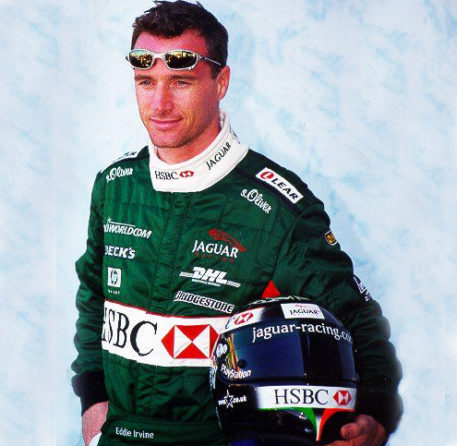 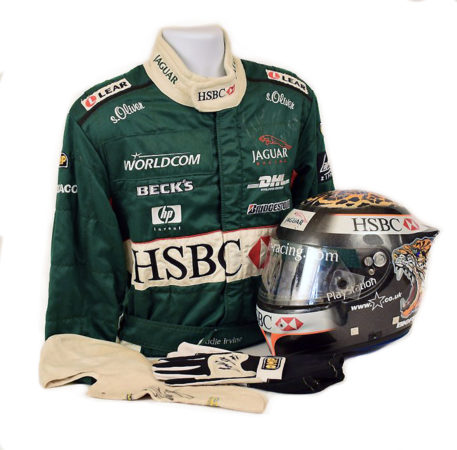 Original race-worn suit from Eddie Irvine’s stint with the Jaguar F1 team in 2001. This striking suit in British Racing Green has also been hand signed and dated by the Northern Irishman.

Irvine, a multiple Grand Prix winner, came close to becoming World Champion for Scuderia Ferrari in the 1999 season being narrowly beaten by Mika Hakkinen at the final race. He ended the season a mere two points behind the Finn.

The suit was race-used during the 2001 USGP at Indianapolis and comes personally signed and documented two times by Irvine (on the chest and the inside of the suit).