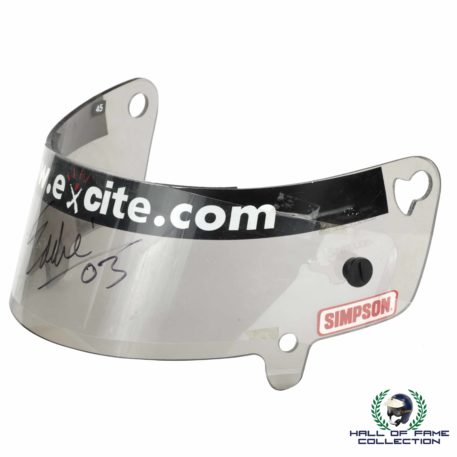 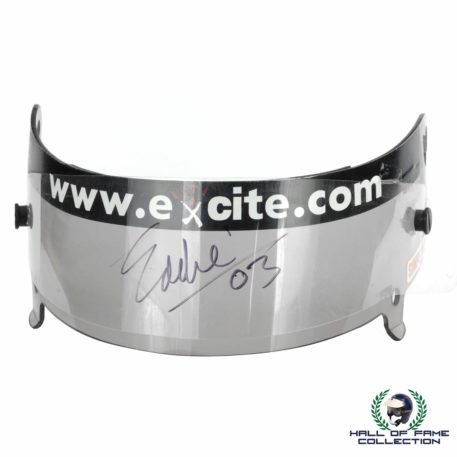 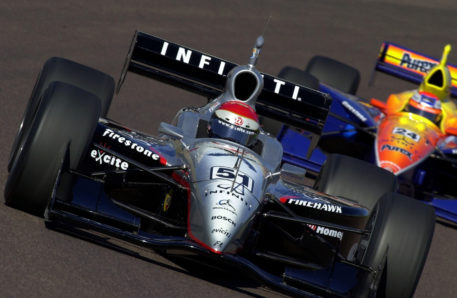 Race-used visor worn by Eddie Cheever while driving for Team Cheever during the 2001 IRL season. Cheever was a 5-time IRL race winner and earned first place at the 1998 Indy 500. He also had a lengthy stint in Formula 1, winning 9 races during that time.

The visor is signed by Cheever and marked with 03, the year he signed it.