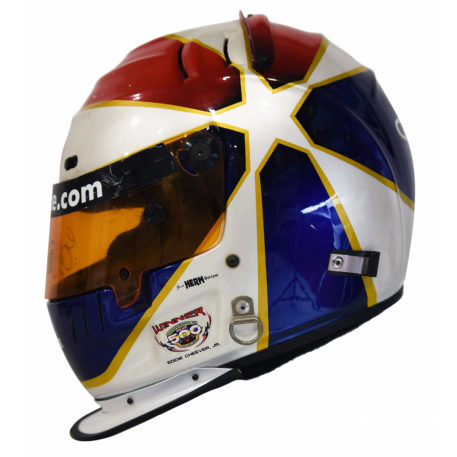 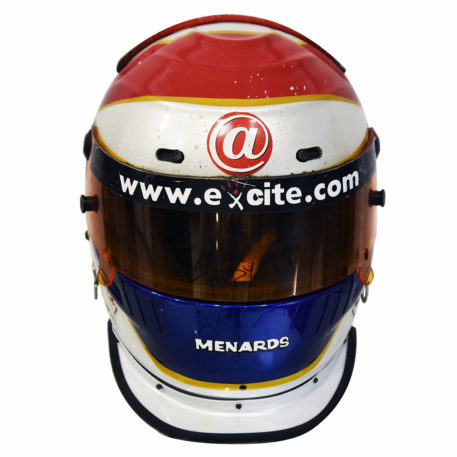 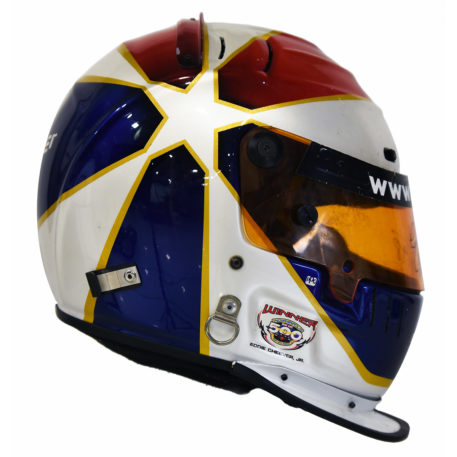 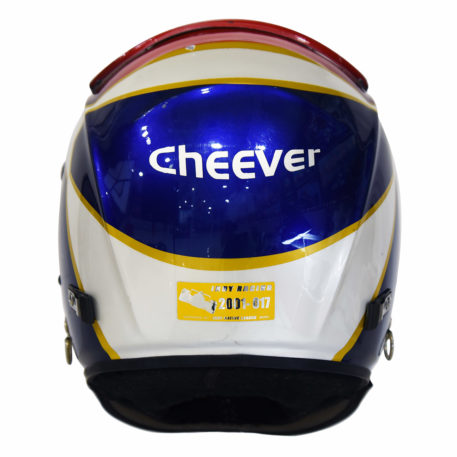 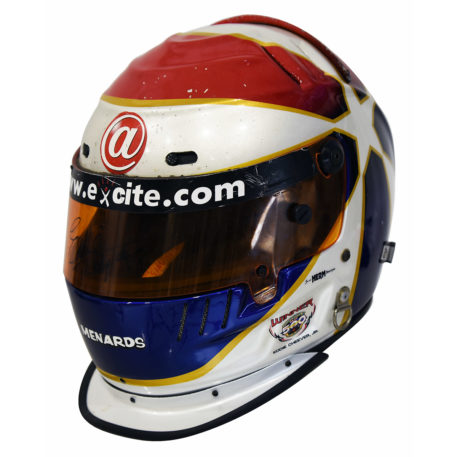 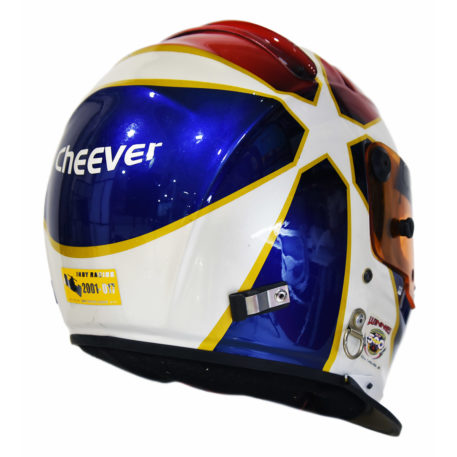 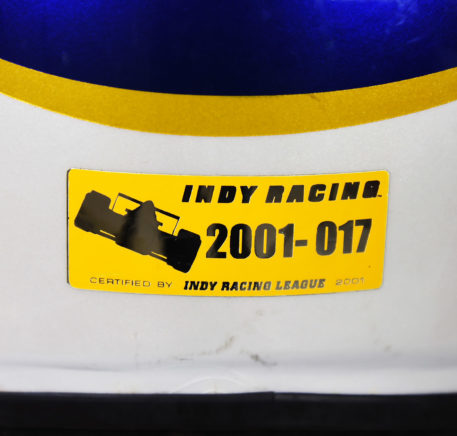 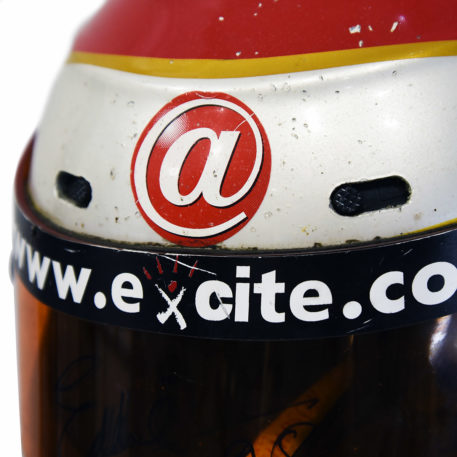 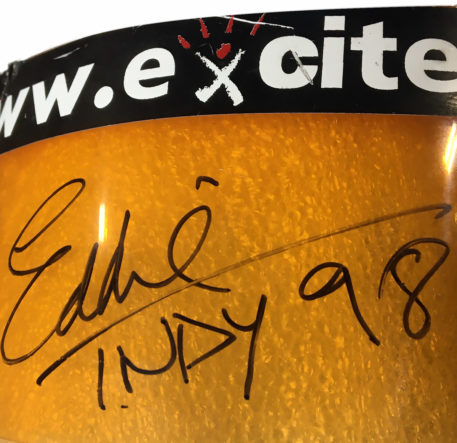 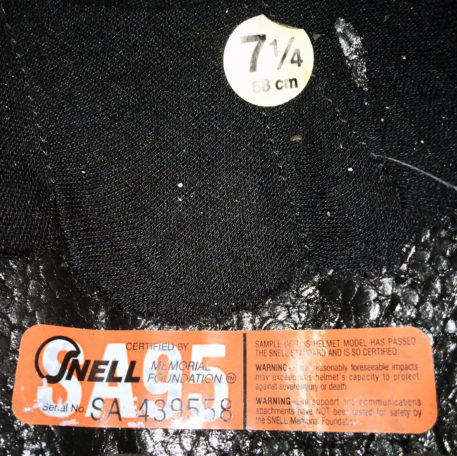 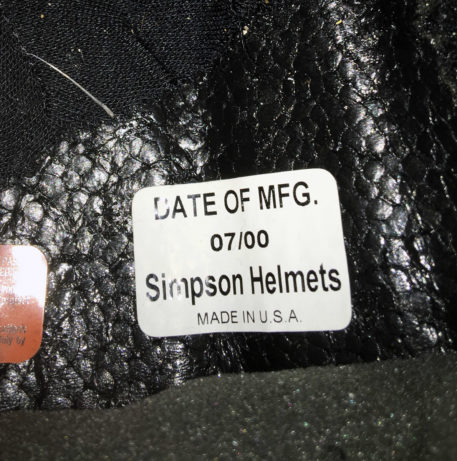 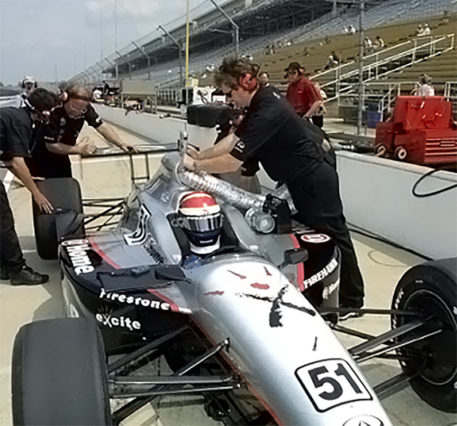 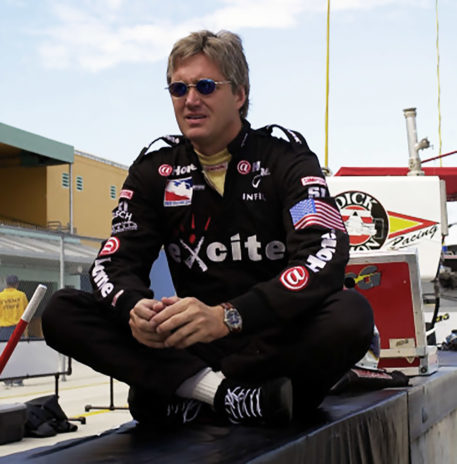 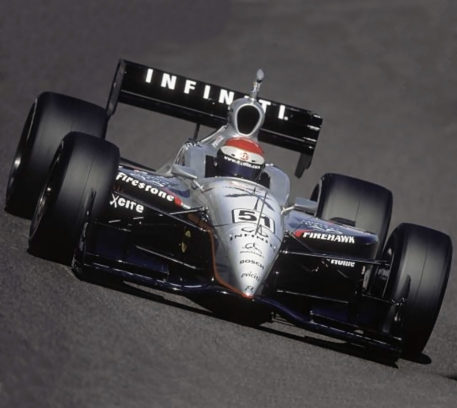 This eye-catching Simpson Shark helmet was worn by the 1998 Indy 500 winner Eddie Cheever. The American driver used the helmet during the 2001 IndyCar Series Championship and has been photo-matched to one used at the season-opening race in Phoenix at the Pennzoil Copper World Indy 200 and then again at the 85th running of the Indianapolis 500. Cheever had four top-ten finishes during the season including a win at the Ameristar Casino Indy 200 in Kansas. Cheever spent eleven years in Formula One before moving to CART and then IRL IndyCars as an owner and driver.

The helmet features Cheever’s iconic design and was painted by Just Herm Designs. Its white base color has metallic red and blue sections edged in gold and are arranged across the helmet to form a star on either side. In the blue section on the back is Cheever’s name and below this is the Indy Racing League tech sticker. On its chin is Menards branding lettering and on both cheeks are ’98 Indy 500 Winner’ decals. The helmet also has its d-rings and HANS securing clips still attached, with an aero spoiler on the chin and wicker on the crown. The orange tinted visor has web portal company ‘Excite.com’ on the sun strip.

Eddie Cheever has personally signed the visor and has also added his Indy 500 winning year with a black marker pen.