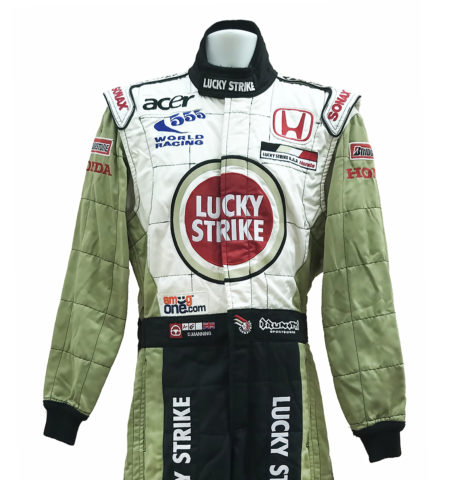 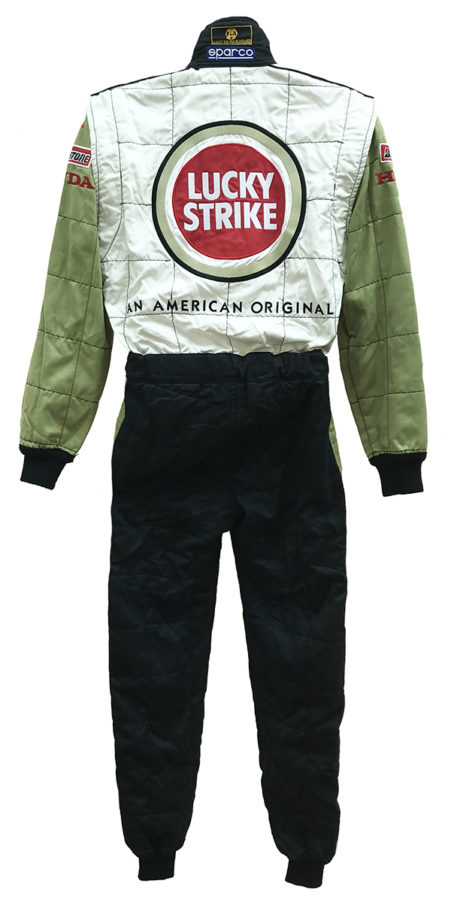 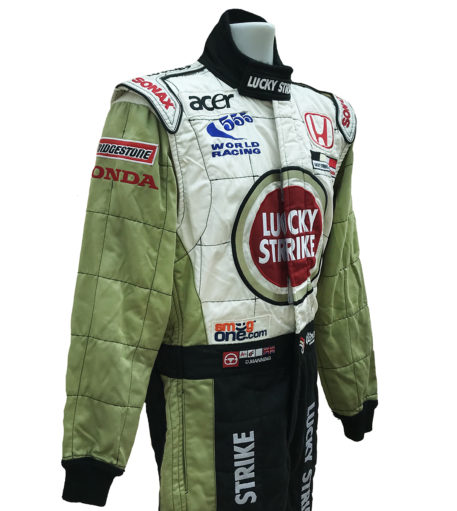 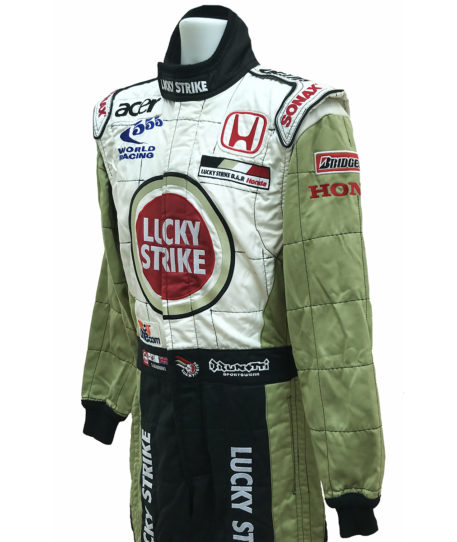 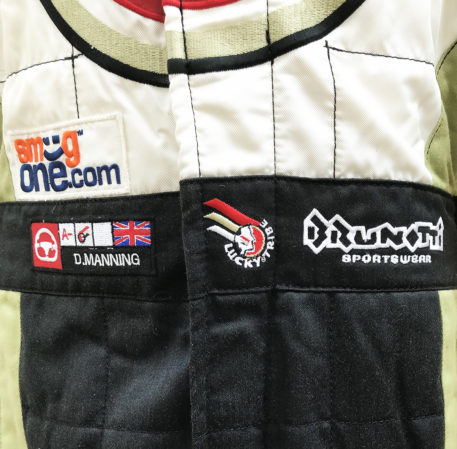 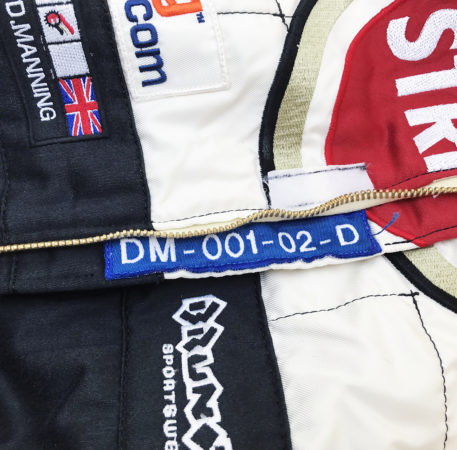 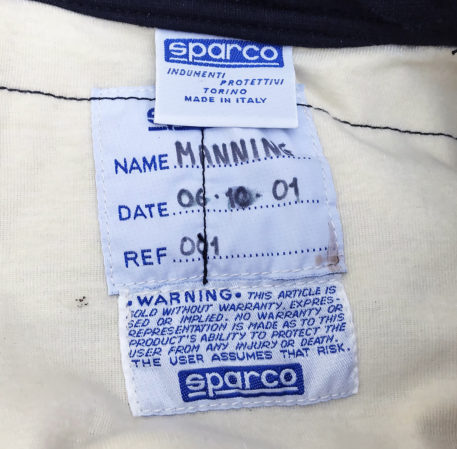 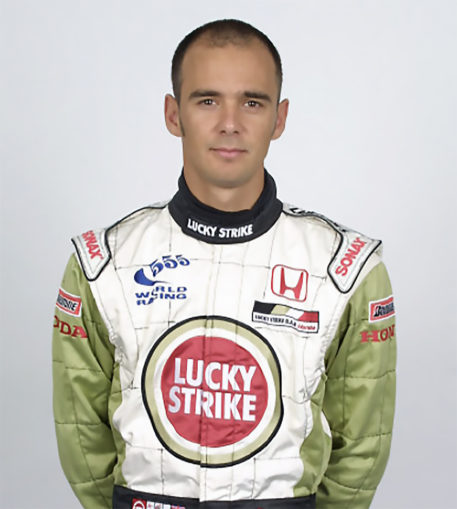 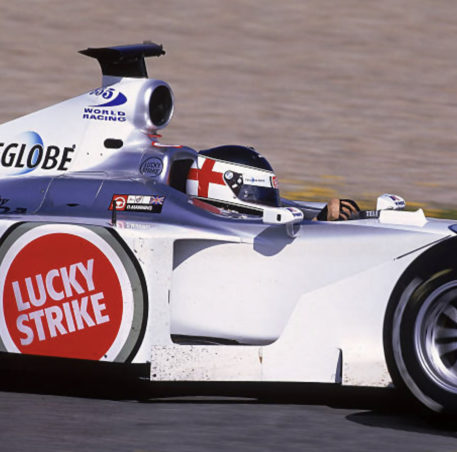 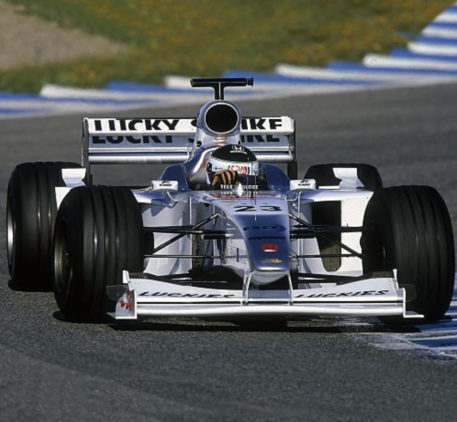 Sparco race suit worn by British driver Darren Manning. In 1999 Manning won the All-Japan Formula Three Championship and was the first driver to achieve the “perfect victory” at the Macau Grand Prix since Ayrton Senna by winning from pole position, leading every lap, and setting a lap record. He had test sessions with the Williams F1 team before he began working for the BAR Honda F1 team in 2000 as their test driver. That same year he also raced in the FIA International Formula 3000 championship for Arden Team Russia. This suit was used by Manning late in 2001 while testing the BAR 004 for the upcoming 2002 Formula 1 season.

The suit is in the olive, black and white colors of the British American Racing team. It has the full tobacco sponsorship branding logos of Lucky Strike cigarettes in large red roundels on both the front and back of the suit. Lucky Strike lettering also runs down the black sections of both legs. The chest bears 555 and Acer branding logos on the left side and a Honda logo and BAR team patch on the right. Both the suit’s olive arms have Honda lettering with Bridgestone patches. There is a Smug.com patch above the waist belt which has Manning’s suit I.D. label stitched to it.