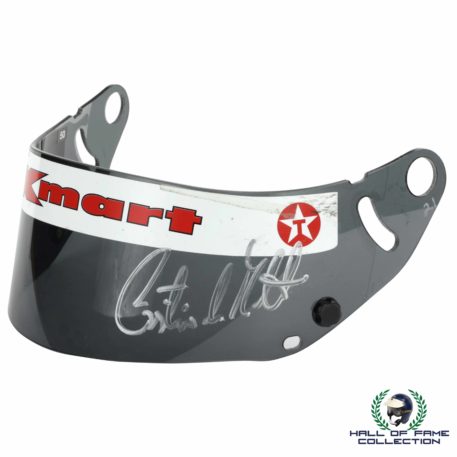 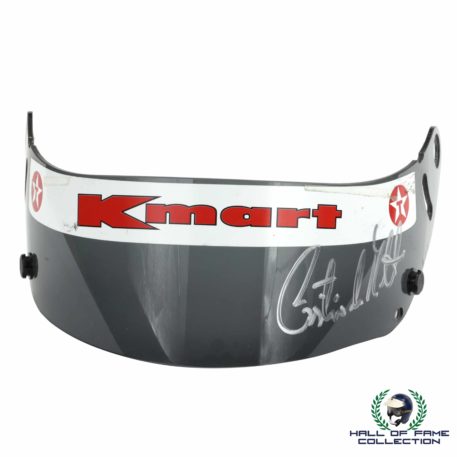 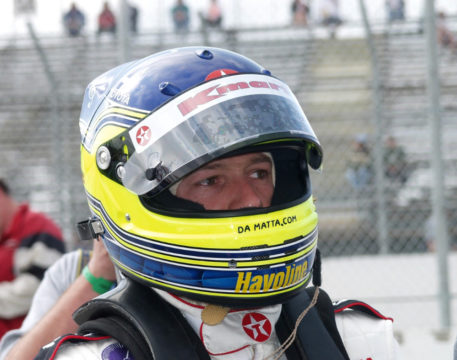 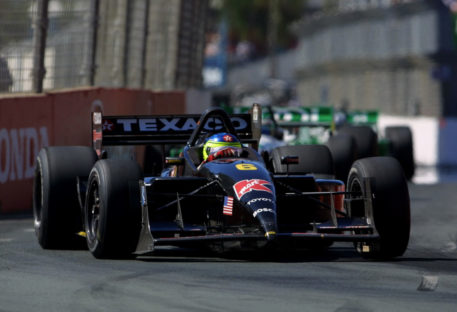 Race-used visor worn by the 2002 CART FedEx Championship Series Champion Cristiano da Matta. The visor was used during the 2001 Fontana race which was won by the Brazilian driver while driving for Newman-Haas Racing.

da Matta has signed the visor and it comes with a full Certificate of Authenticity.