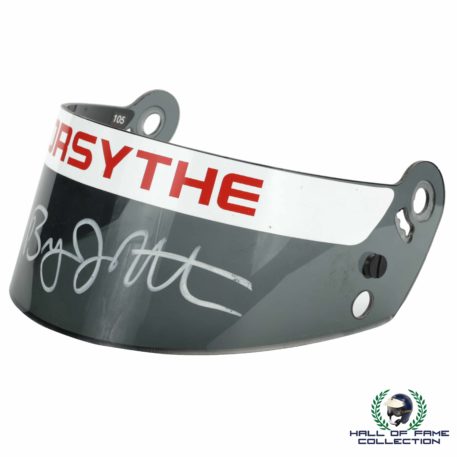 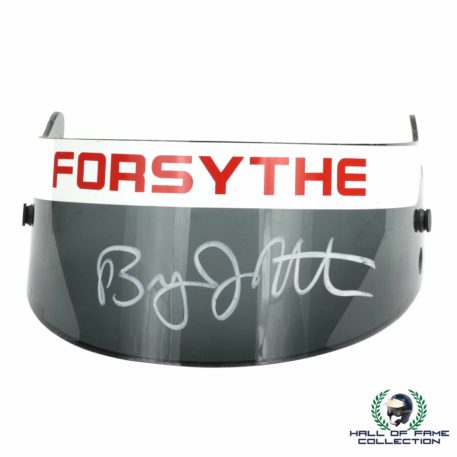 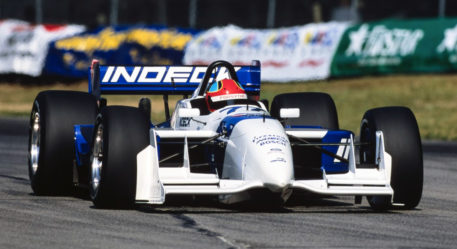 Race-used suit visor by Bryan Herta during the 2001 season of the CART Series while driving for Forsythe Racing.

The visor is signed by Herta and comes with a Certificate of Authenticity.