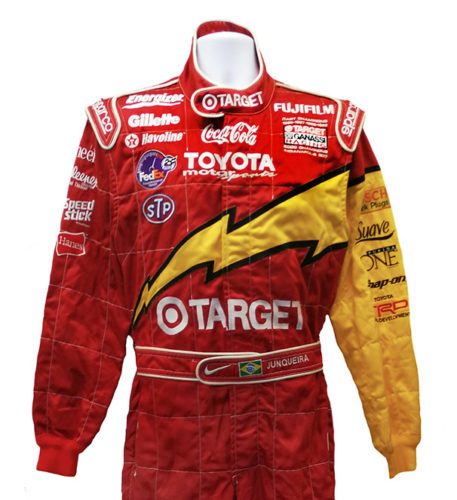 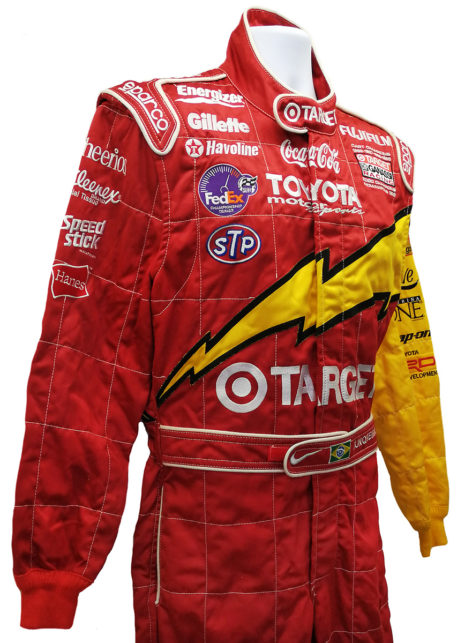 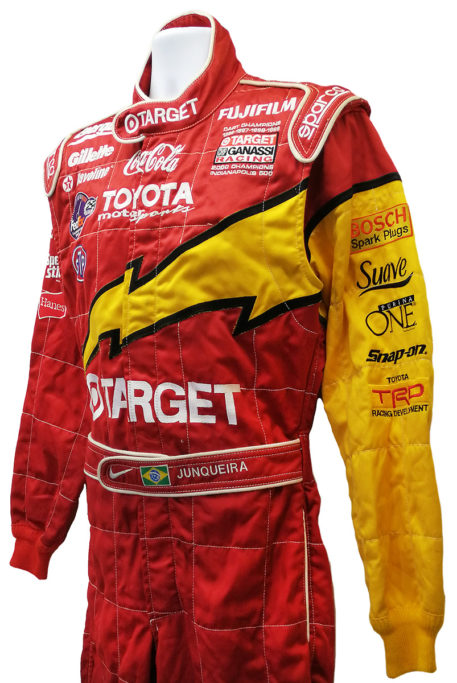 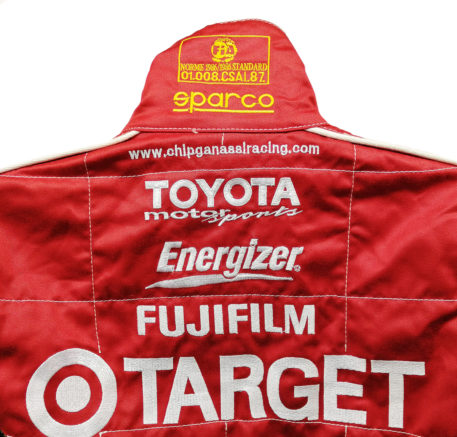 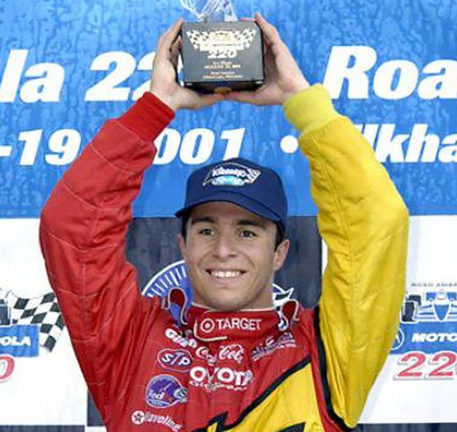 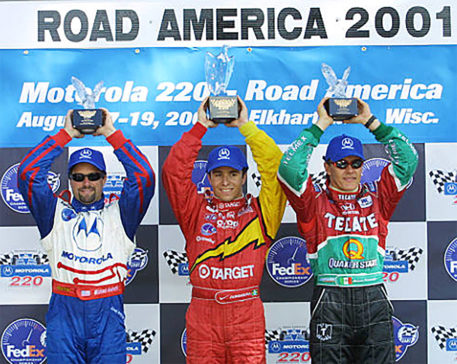 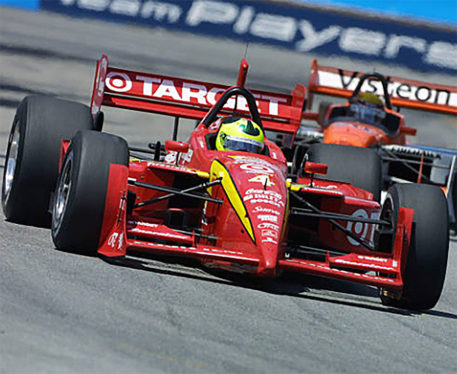 Racing suit worn by Brazilian driver Bruno Junqueira, used during first season in the CART IndyCar championship 2001 while driving for the Target Chip Ganassi team. After a victorious season in Formula 3000 winning the championship, Bruno was offered the full time drive with Ganassi the following year replacing the departing Juan Montoya who moved to Formula One. In his ‘rookie’ season Junqueira did very well, recording a win with other top five finishes and also claiming a pole position.

This eye-catching Sparco ‘Target Red’ suit has s yellow left sleeve and a yellow, edged in black, lightning bolt across both the front and back. The team’s major sponsor Target branding features prominently on the front, back and neck. Many other sponsorship/suppliers logos are embroidered on to the suit including STP, Havoline, Toyota and Fujifilm to name but a few.

This race worn suit would be a stand out piece in any motor sports collection.